Smith said that customers know what a good experience looks like and they only want to deal with brands that can offer it. That's why Qualtrics' experience management platform is so valuable.

McDermott added that by combining Qualtrics with ServiceNow's workflow automation systems, they can now provide an entire system of action that's based on customer sentiment and feedback.

The combination creates a loyalty effect that can completely change how companies interact with their customers.

Smith said that with so many companies transitioning to our new post-pandemic world, reliable customer feedback has become more crucial than ever.

In our last review of NOW back on December 8 we wrote that "Traders who are still long from our prior recommendations should do two things now. First, raise stop protection to $485 from a close below $390. Second, because of the bearish divergence from the OBV line and from the momentum study, I would book some profits here. The pace of the rally has slowed and volume is not expanding. These are signs that a sideways or lower correction could unfold."

Prices weakened into January but would not have stopped us out. A rally in February carried prices to new highs before a deeper correction in March. Remaining longs should have been stopped out at $485.

Let's see if the charts favor a new position.

In this daily bar chart of NOW, below, we can see that prices have tested the rising 200-day moving average line for much of March but are now trading just above it. The slope of the 50-day average line is negative and prices are below that indicator. The trading volume looks a bit heavier in March and that could mean that new buyers have entered.

The On-Balance-Volume (OBV) line stalled in January and diverged in February when prices made new highs. The OBV line weakened into March telling us that sellers were more aggressive. It is early but the OBV line shows a little improvement into April.

The Moving Average Convergence Divergence (MACD) oscillator is below the zero line but has crossed to the upside for a cover shorts buy signal.

In this weekly Japanese candlestick chart of NOW, below, we can see a mixed picture. Prices turned lower from a top reversal pattern in February. The decline shows prices testing the rising 40-week moving average line and I do not see a clear bottom reversal pattern.

The weekly trading volume does not show anything important and the weekly OBV line has been stalled the past two months. The MACD oscillator has been weakening since November but has started to narrow.

In this daily Point and Figure chart of NOW, below, we can see a potential upside price target in the $554 area. 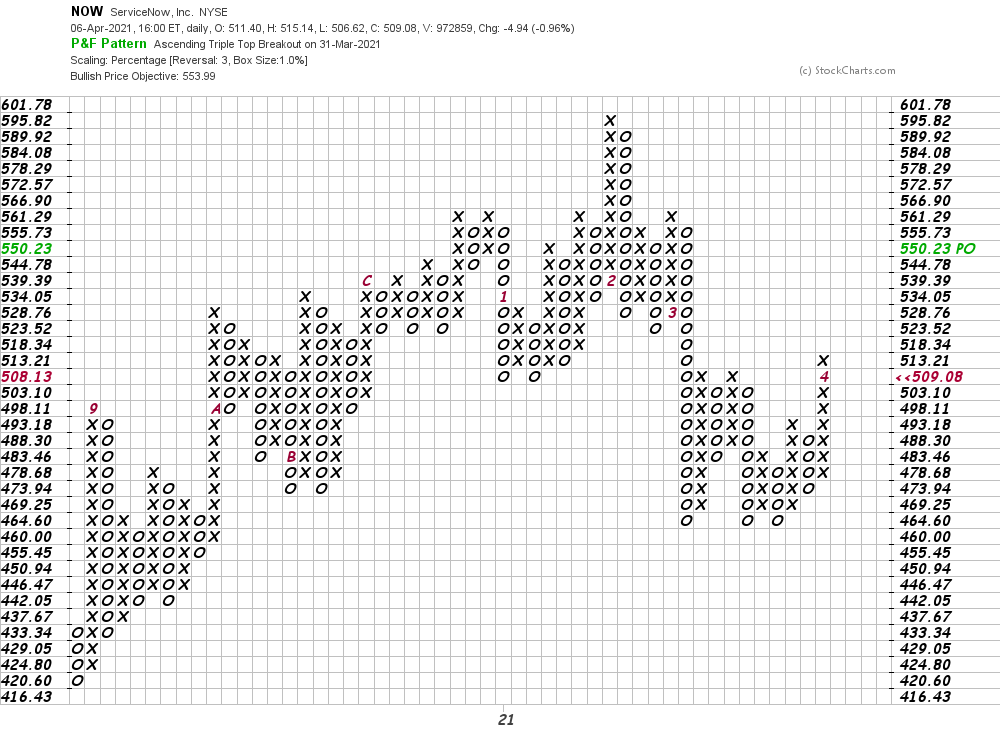 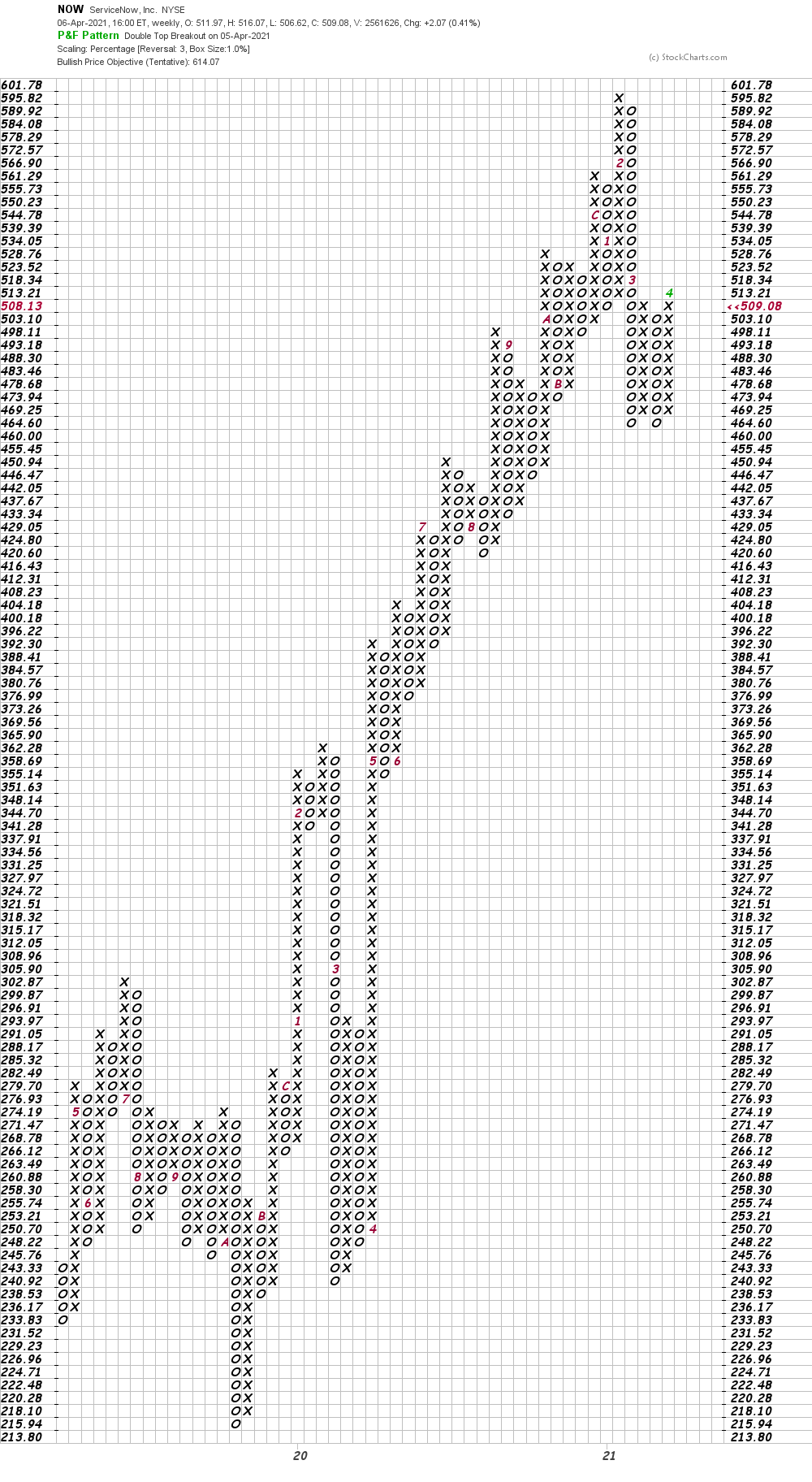 Get an email alert each time I write an article for Real Money. Click the "+Follow" next to my byline to this article.
TAGS: Investing | Stocks | Technical Analysis | Trading | Technology | Technology Hardware & Equipment | Mad Money | Executive Interview