Ryder System (R) made a deep correction in May but it is now showing some early signs of stability. Is this a time to probe the long side or to stand aside for further positive evidence? Let's drill down in a few charts.

In this daily bar chart of R, below, we can see that prices made a low in late December followed by a rebound to the underside of the declining 200-day moving average line. There was a shallow dip in March and another push higher in April that was unable to sustain its strength above the 200-day line for long.

R is now below both declining averages - 50- and 200-days. The volume pattern is inconclusive but the daily On-Balance-Volume (OBV) shows a rise from December to the end of April followed by a decline that has not broken the March low for a possible bullish divergence.

The Moving Average Convergence Divergence (MACD) oscillator is poised to cross to the upside for a cover shorts buy signal.

In this weekly bar chart of R, below, we see a mixed picture. R is still in a downtrend and below the negative 40-week average line, however prices had not made a new low since December.

The weekly OBV line may be forming a double bottom and the MACD oscillator has crossed to a fresh sell signal. Mixed. 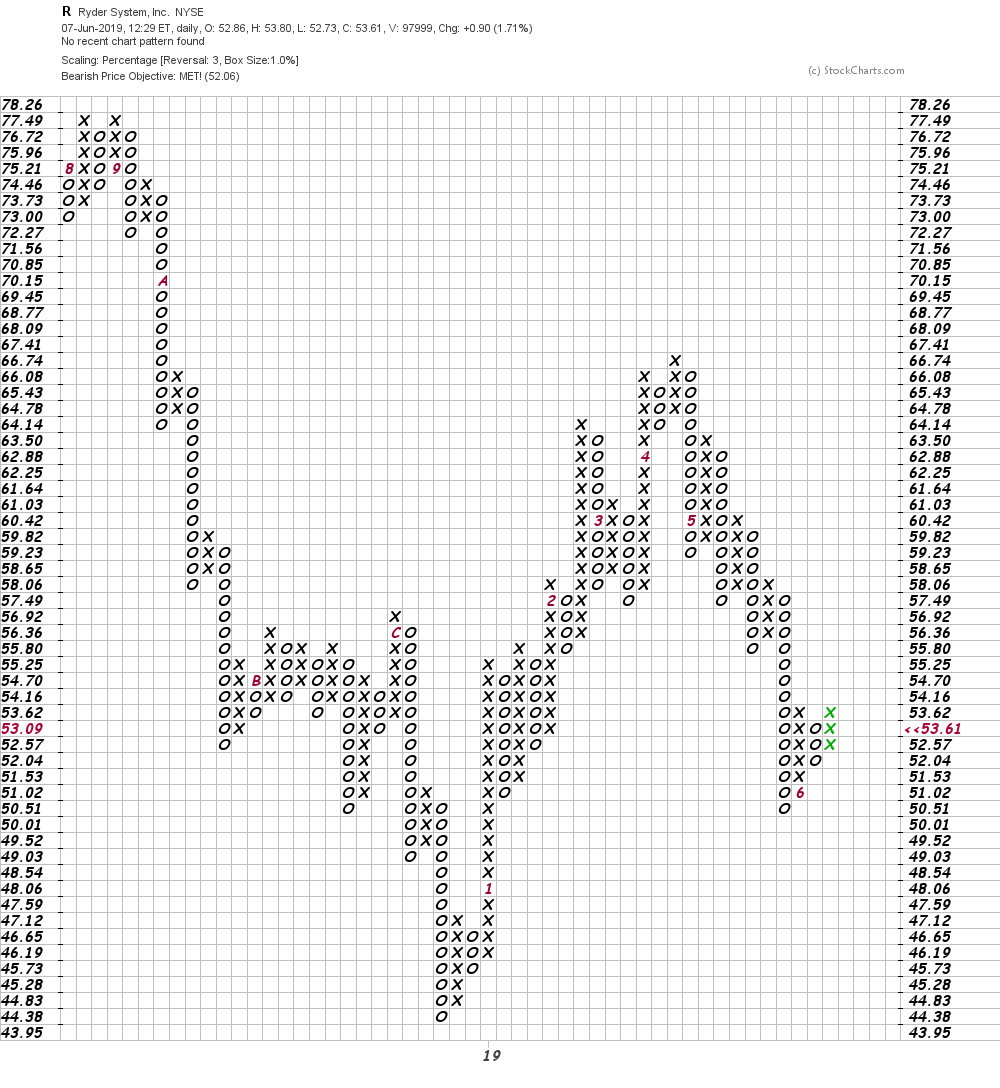 Bottom line strategy: We don't have a table banging reason to go long R at this juncture but we do have a clear risk point for traders who may want to probe the long side. Go long above $54.16 and risk below $50.

Get an email alert each time I write an article for Real Money. Click the "+Follow" next to my byline to this article.
TAGS: Investing | Stocks | Technical Analysis | Trading | Transportation