Royal Caribbean Cruises (RCL) was favored by a sell-side firm Monday with a new higher price target as they keep their Buy rating. Let's see if the charts agree.

In this daily bar chart of RCL, below, we can see that prices made a low in July and we have seen a rally develop. Prices have firmed and now trade above the rising 50-day moving average line. The slope of the slower-to-react 200-day moving average line is negative and intersects up around $62 or so.
The On-Balance-Volume (OBV) line shows strength from early August into September. The Moving Average Convergence Divergence (MACD) oscillator is in a bullish alignment above the zero line.

In this weekly Japanese candlestick chart of RCL, below, we see a mixed picture. The three-year picture of RCL shows a large rounded top pattern. Prices are below the declining 40-week moving average line. The weekly volume has been more active in the past three months. The OBV line shows some improvement from early July. The MACD oscillator has crossed to the upside for a cover shorts buy signal.

In this daily Point and Figure chart of RCL, below, we can see a $53 price target. 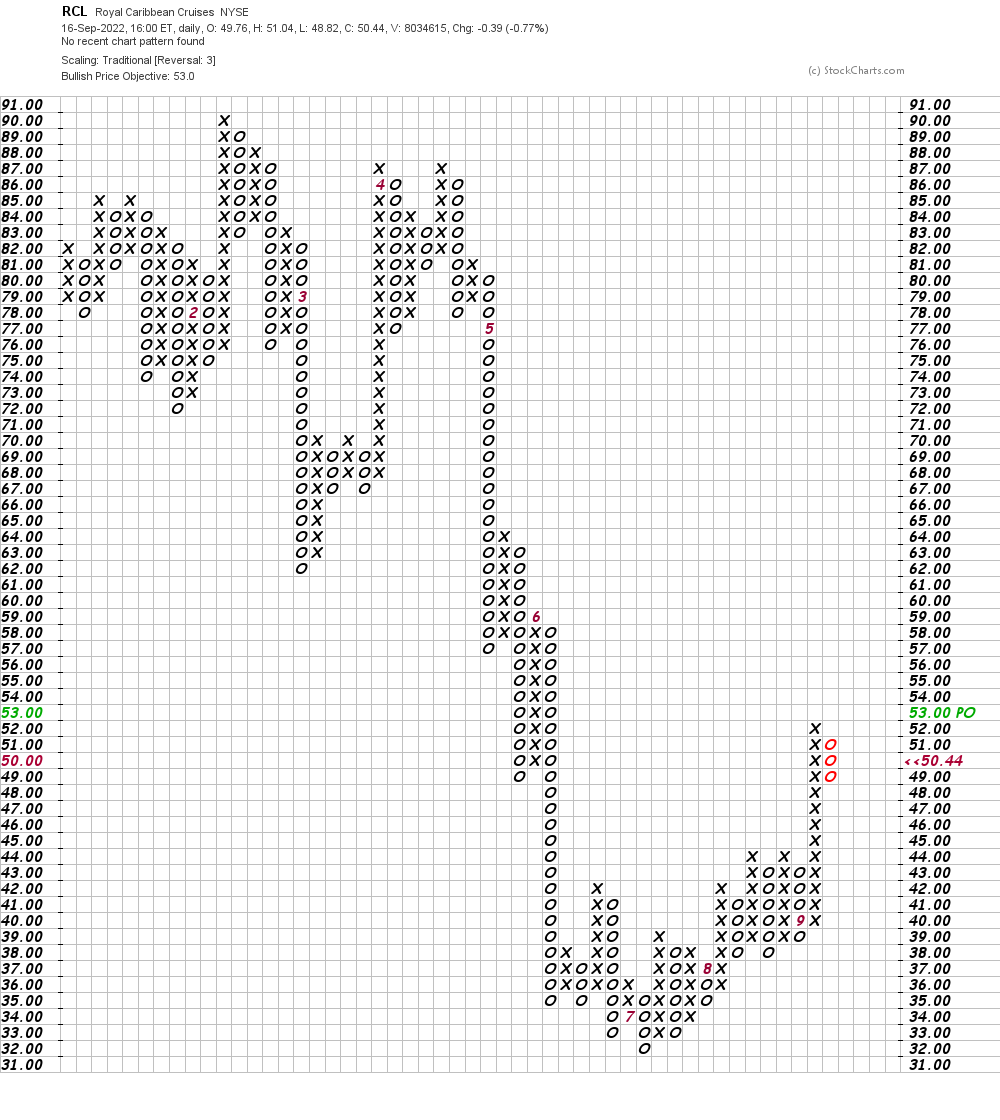 In this weekly Point and Figure chart of RCL, below, we can see a $66 price objective. 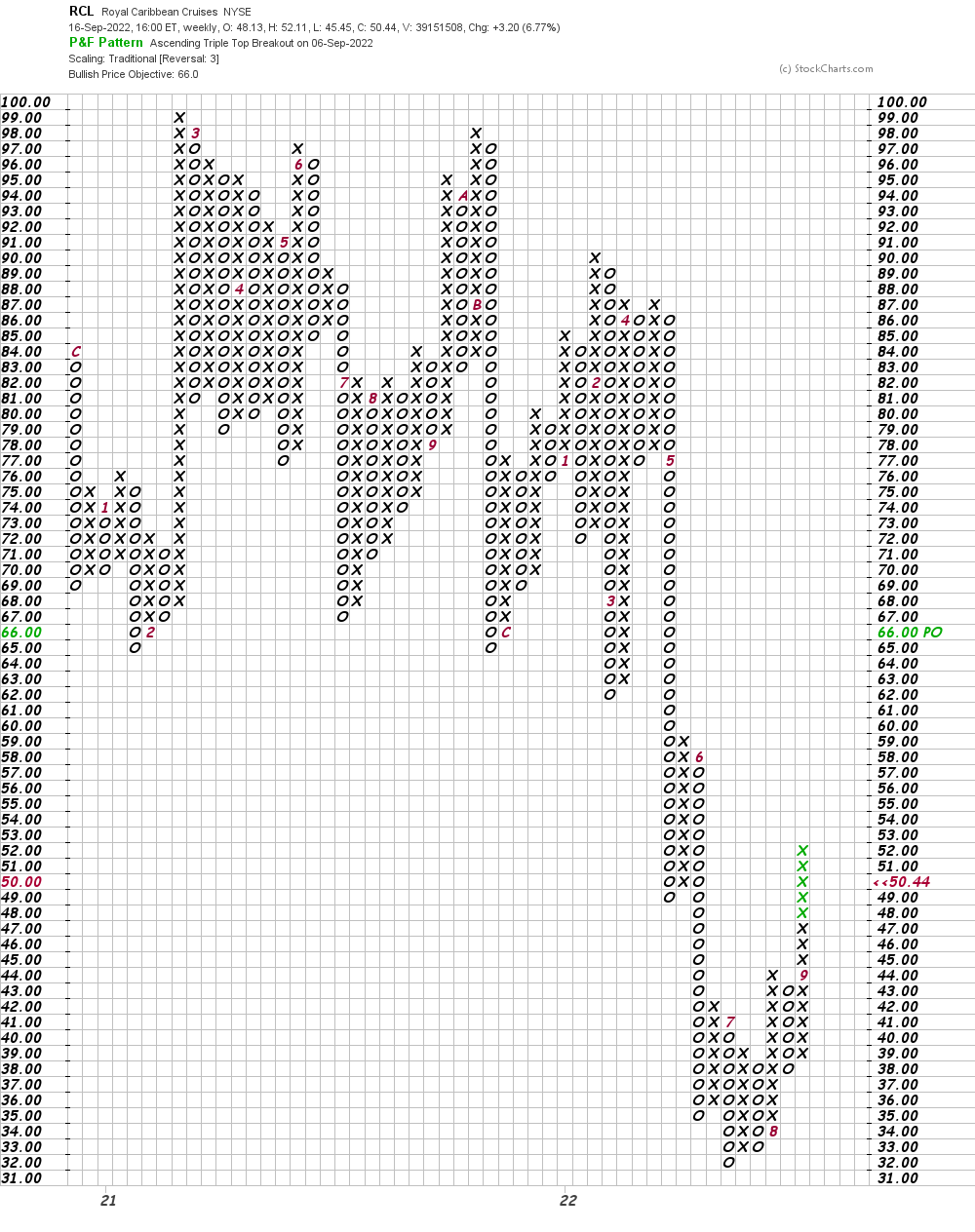 Bottom line strategy: The fundamentals and the charts appear to be in agreement, at least for now. RCL could trade higher in the near-term but traders should remain nimble and stay alert for a trend change.
Get an email alert each time I write an article for Real Money. Click the "+Follow" next to my byline to this article.
TAGS: Investing | Stocks | Technical Analysis | Trading | Resorts and Hotels | Analyst Actions