By BRUCE KAMICH Jun 11, 2019 | 02:33 PM EDT
Stocks quotes in this article: ROKU
In last night's Lightning Round as part of Mad Money, Jim Cramer responded to one caller about Roku ( ROKU) : "It's a little late. I can't endorse it up 228%. Wait for a pullback before you buy it."
The share price of ROKU has indeed moved sharply higher from its late December nadir. Maybe we should book some profits? Let's look at the charts and indicators.
In this daily bar chart of ROKU, below, we can see what might be a measured move. The rally from late December to early March is very similar to the rally from late April to early June. These two similar "legs" are separated by the March/April correction.
ROKU is also relatively extended versus the rising 50-day and the rising 200-day moving average. Trading volume has been pretty healthy since January with surges on up days.
The On-Balance-Volume (OBV) line has been strong since the end of December but has leveled off in recent weeks. The Moving Average Convergence Divergence (MACD) oscillator narrowed sharply in late May but it has not (yet) signaled a take profits sell signal.

In this weekly bar chart of ROKU, below, we can see about two years of activity. Prices are above the rising 40-week moving average line - about $40 above it.
The weekly OBV line is in an uptrend but slowing and the MACD oscillator is poised to start narrowing.

In this Point and Figure chart of ROKU, below, we can see that it has exceeded an upside price target of $77. 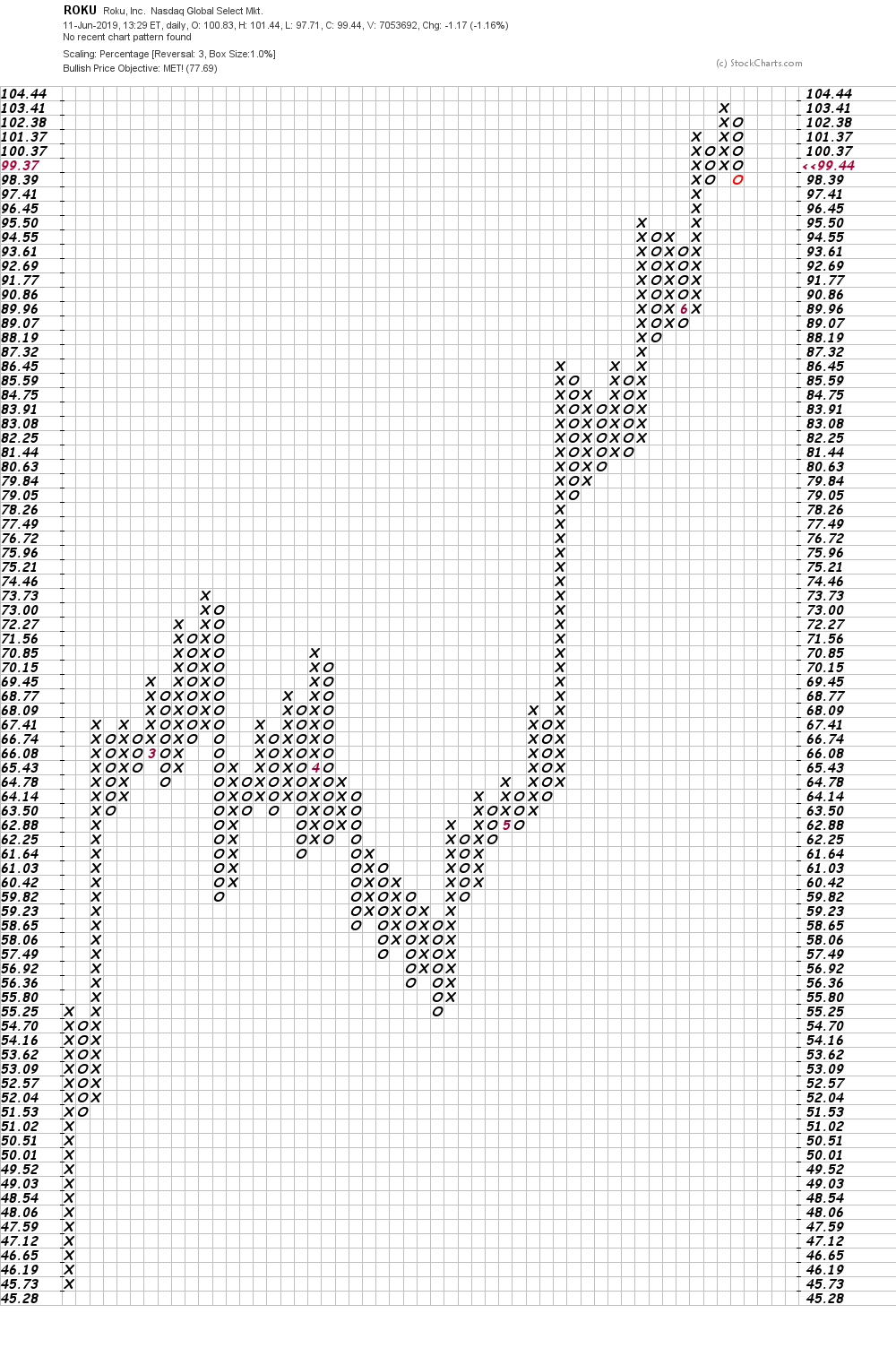 Bottom line strategy: I agree with Cramer that ROKU is too extended to buy it but I would go farther that recent longs may want to consider booking profits or reducing their position.
Get an email alert each time I write an article for Real Money. Click the "+Follow" next to my byline to this article.
TAGS: Investing | Stocks | Technical Analysis | Trading | Movies | Television Production/Distribution | Mad Money