Roku, Inc. (ROKU) is trading higher Tuesday morning on reports that its preliminary Q1 numbers about their active accounts and streaming hours are pointed in the right direction. Let's get comfy on the couch as we check out the charts and indicators of ROKU.

In this daily bar chart of ROKU, below, we can see that the price of ROKU shares have been in a decline from early September. Prices are showing improvement from the mid-March nadir. ROKU has gapped above the declining 50-day moving average line this morning. The 200-day moving average line is in a slight decline and intersects above the market in the $122 area.
The On-Balance-Volume (OBV) line has bottomed out since March and indicates that buyers of ROKU are becoming more aggressive. The trend-following Moving Average Convergence Divergence (MACD) oscillator crossed to the upside in late March for a cover shorts buy signal and now the indicator is close to crossing the zero line for an outright go long message.

In this weekly bar chart of ROKU, below, we can see that the 2020 decline in prices took ROKU down to a key support zone (former resistance from late 2017 and 2018). Prices are below the slightly declining 40-week moving average line.
The weekly OBV line has been mostly flat or neutral since September despite the price decline. This rock-steady OBV line suggests that ROKU longs stayed with their positions even as prices declined.
The Moving Average Convergence Divergence (MACD) oscillator is narrowing towards a cover shorts buy signal.

In this daily Point and Figure chart of ROKU, below, we can see an upside price target of $146. 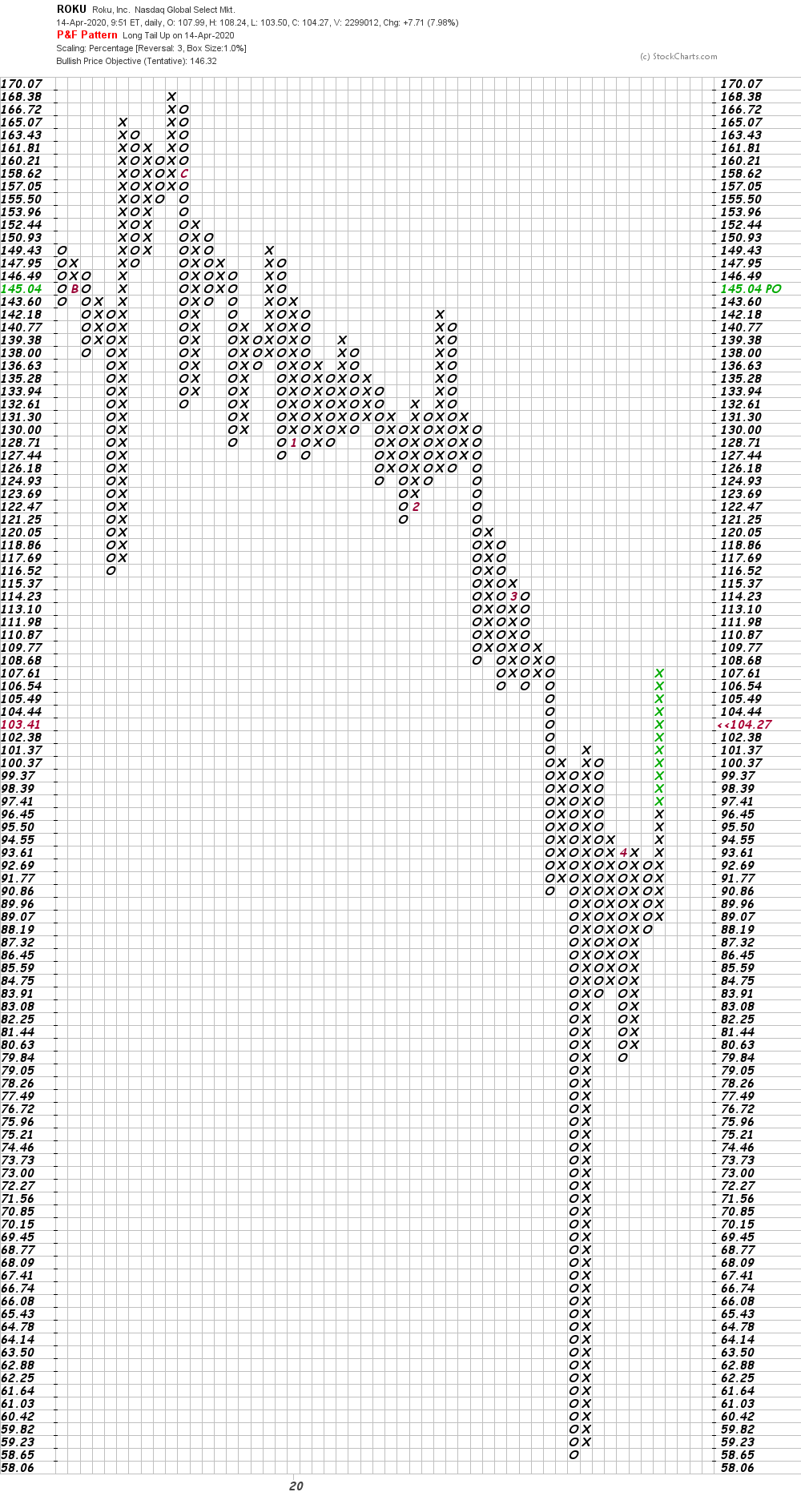 Bottom line strategy: Aggressive traders could look to go long ROKU on a dip back to around $100, risking below $85, while looking for a rally to the $145 area.
Get an email alert each time I write an article for Real Money. Click the "+Follow" next to my byline to this article.
TAGS: Investing | Stocks | Technical Analysis | Trading | Digital Entertainment | Television Production/Distribution | Earnings Preview