If you recall, we were cautious on RH in our Sept. 8 review and wrote "RH may see higher highs in 2022, but in the short-run looks a little soft and traders may want to consider reducing their long exposure." Then, we raised stops in our Sept. 13 review. Prices turned weaker in October and began a waterfall decline into early March.

How do the charts look now?
In this daily bar chart of RH, below, we can see with hindsight a rounded top pattern from April to November. Prices broke down from the top in late November and then rebound to the underside of the pattern in December. This rebound rally was short-lived and RH continued its descent. The On-Balance-Volume (OBV) line moved lower as traders became more aggressive sellers. The OBV line now shows us a bullish divergence as it has made equal lows in January and March even as prices have made lower lows. The OBV line turned up quickly in March but that advance may be cut short with today's gap lower. The Moving Average Convergence Divergence (MACD) oscillator was improving from late January but that positive development may also be cut short.

In this weekly Japanese candlestick chart of RH, below, we see a picture that is not out of the woods. Prices come close to making a bullish engulfing pattern in early March, but they miss by a few dollars. The weekly OBV line is still in a decline and, while the MACD oscillator was narrowing toward a cover-short buy signal, it is far from an outright-buy signal. 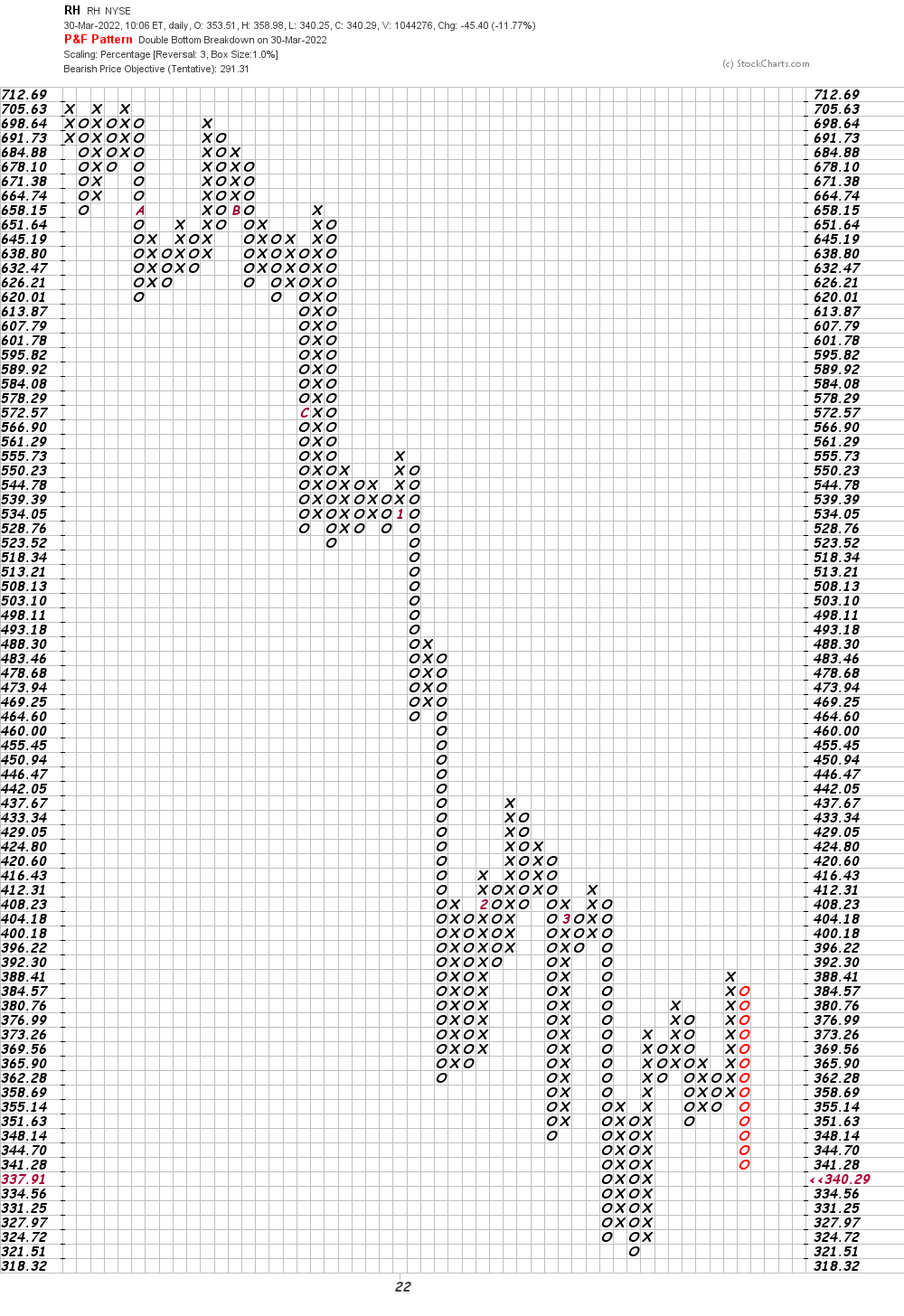 In this weekly Point and Figure chart of RH, below, we used close-only price data and a five box reversal filter. Here the software shows us a $116 price target.

Bottom line strategy: RH is weak. Some market watchers may declare this an exhaustion-gap, but it is too early to tell. Traders should avoid the long side of RH as the Point and Figure charts suggest we could see further steep losses.
Get an email alert each time I write an article for Real Money. Click the "+Follow" next to my byline to this article.
TAGS: Earnings | Investing | Technical Analysis | Household Products | Retail