Warner explained that Renewable Energy essentially takes used cooking oils and turns them into high-quality, low-carbon fuels that can be used in conventional diesel engines without any modifications.

Warner said that biodiesel emits 85% less carbon than conventional diesel fuels and is even cleaner than electric vehicles, which rely on the power grid.

While Warner admitted that the U.S. is focused on electric vehicles, biofuels are gaining in capacity after starting with soybean oil, then adding used cooking oil, followed by corn oils used in the production of ethanol. They are discovering more sources of biofuels every day, she said, and currently only a fraction of all cooking oils are recycled.

Let's check out the charts and indicators of REGI.

In this daily bar chart of REGI, below, we can see that prices are up nearly five-fold from their early 2020 base around $20. Prices are now trading above the rising 50-day moving average line and stand at double the rising 200-day line.

The On-Balance-Volume (OBV) line has risen nicely since March and tells us that buyers of REGI have been more aggressive the past year.

The trend-following Moving Average Convergence Divergence (MACD) oscillator is in a bullish alignment above the zero line.

In this weekly bar chart of REGI, below, we can see a good-sized base pattern in the $30-$10 area before the recent mark-up phase. Prices are trading above the rising 40-week moving average line.

The weekly OBV line shows a rise from August 2019 and that is bullish. The weekly MACD oscillator is bullish too.

In this daily Point and Figure chart of REGI, below, we can see that the software is projecting a potential upside price target in the $130 area. 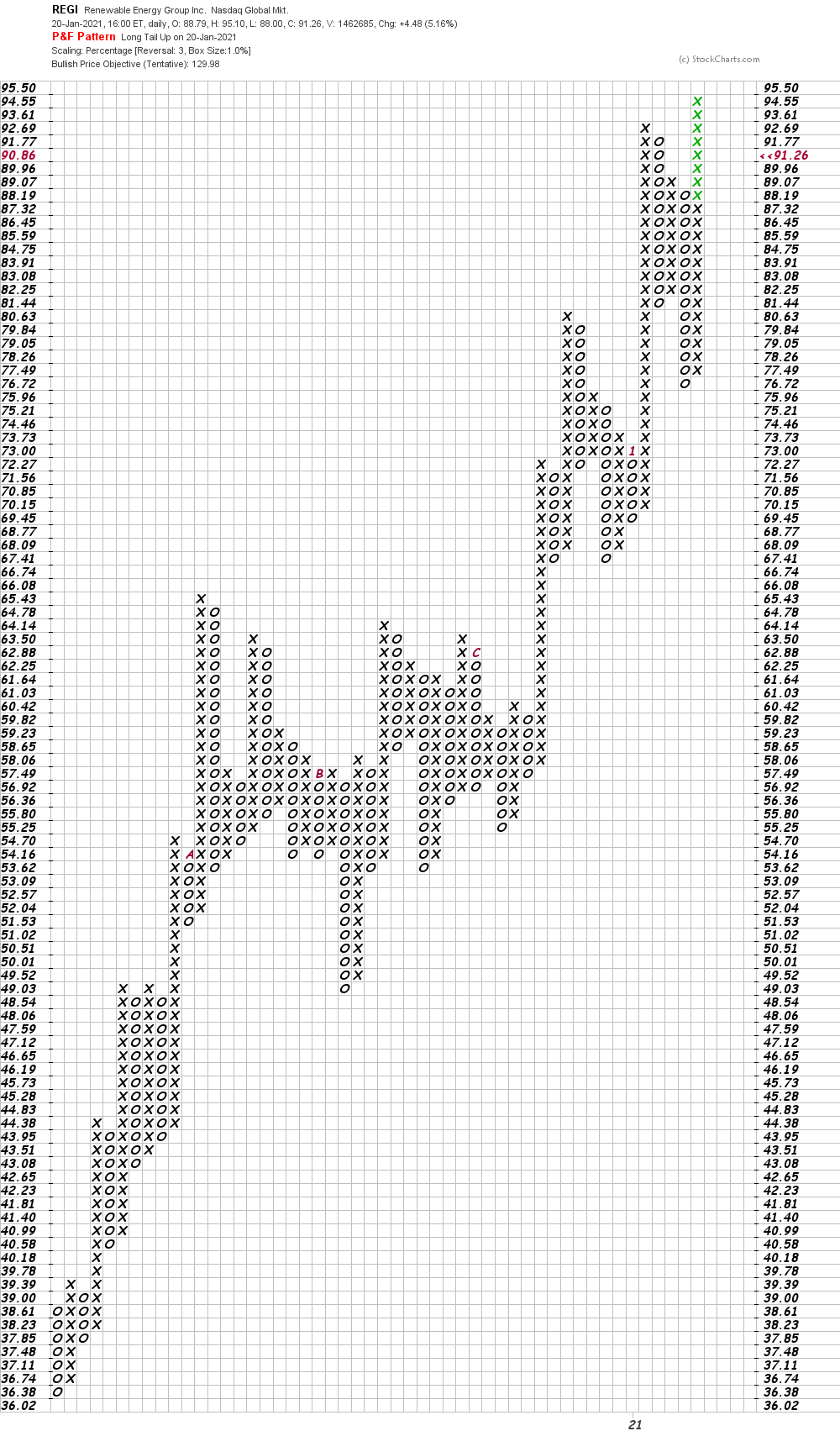 Get an email alert each time I write an article for Real Money. Click the "+Follow" next to my byline to this article.
TAGS: Investing | Stocks | Technical Analysis | Trading | Energy | Renewable energy | Mad Money | Executive Interview