Applied Materials (AMAT) made a shallow correction in May and never broke nearby support in the $38 area. Does this mean AMAT will resume its rally and make new highs this year? Let's dig into the charts and indicators.

In this daily bar chart of AMAT, below, we can see that prices improved from late December to late April. Late month AMAT corrected lower to break below the cresting 50-day moving average line and retest the declining 200-day line.

The volume of trading does not seem to reveal any clues but the daily On-Balance-Volume (OBV) line shows a very modest increase from late December to late April signaling that buyers of AMAT were modestly more aggressive. The OBV line has been more neutral the past five weeks.

The Moving Average Convergence Divergence (MACD) oscillator is turning up from below the zero line for a cover shorts buy signal.

In this weekly bar chart of AMAT, below, we see a mixed story. Prices are above the 40-week moving average line but the line is still not showing a positive slope.

The weekly OBV line has been in a decline since November 2017.

The weekly MACD oscillator is close to a crossover to the downside from above the zero line - a take profits sell signal.

In this Point and Figure chart of AMAT, below, we can see an accumulation pattern with an upside price target of $46. 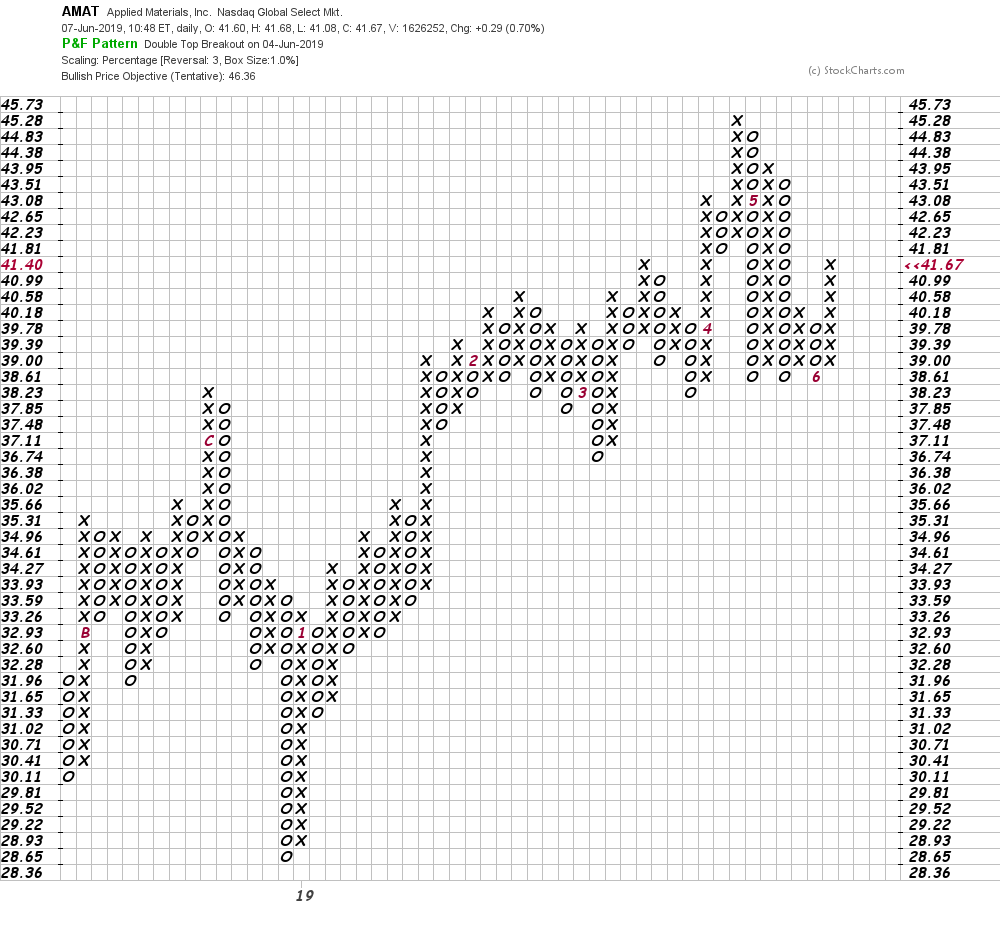 Bottom line strategy: AMAT is showing me more positives than negatives. Traders could go long here with a tight sell stop just below $38.

Get an email alert each time I write an article for Real Money. Click the "+Follow" next to my byline to this article.
TAGS: Investing | Stocks | Technical Analysis | Trading | Semiconductors & Semiconductor Equipment | Software & Services

For the second day in a row there was intraday weakness.

While Red Hat's growth has accelerated since IBM bought the company, many of Big Blue's other key software and services businesses are still losing share.

Don't Stay Up Worrying About an Overnight Crash

It's one of those things that never really occurs, and you could lose out by erring too much on the side of caution.