Sheffield explained that the deal brings together two great companies with the best properties in the Permian Basin. The combined company will be adopting Pioneer's focus on slow but steady growth with plenty of free cash flow and a variable dividend.

Sheffield said he expects consolidation in the oil industry, although it may take some time as many smaller producers have too much leverage. He said Pioneer and Parsley will have a break-even price around $35 a barrel.

Let's check out the charts of PXD.

The On-Balance-Volume (OBV) line has been working lower from a peak in August and its decline tells us that sellers of PXD have been more aggressive.

The Moving Average Convergence Divergence (MACD) oscillator is in a bearish alignment below the zero line.

In this weekly bar chart of PXD, below, we can see that prices are in a longer-term downtrend and are below the declining 40-week moving average line.
The weekly OBV line looks ready to turn lower and the MACD oscillator has been below the zero line for most of the year.

In this daily Point and Figure chart of PXD, below, we can see a potential downside price target in the $65 area. This target is too close for comfort and could mean a retest of the March low. 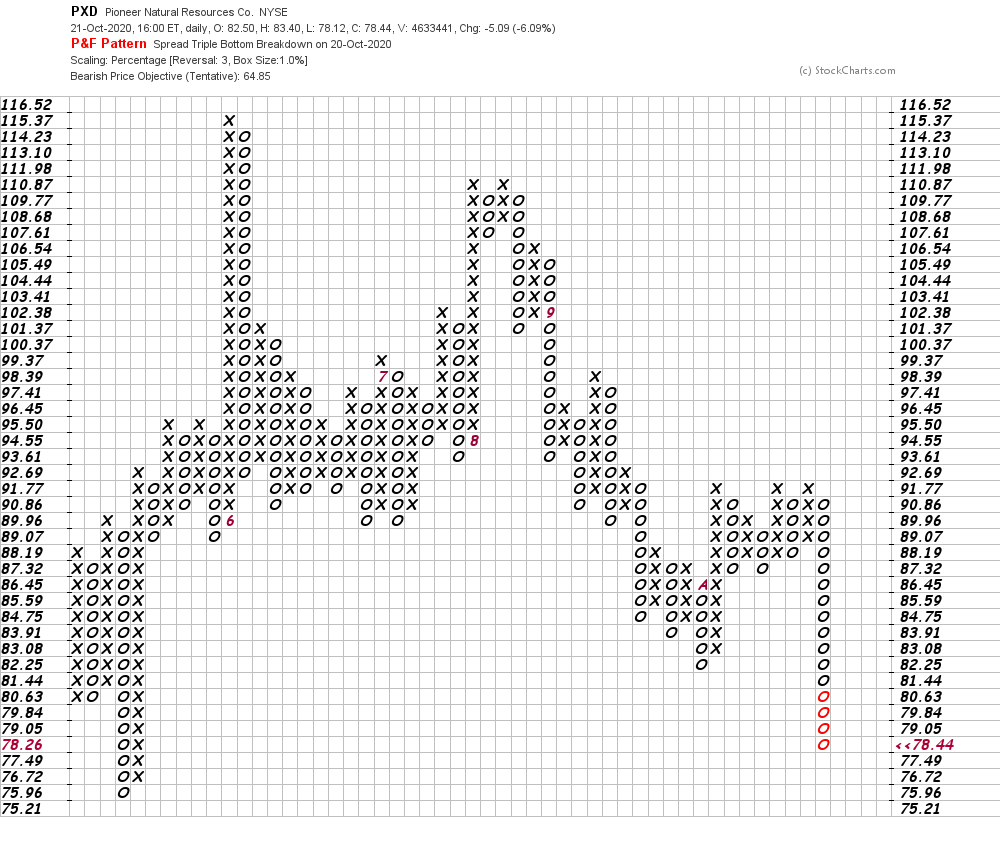 Bottom line strategy: Maybe this hook up makes lots of sense but at this point in time the charts of PXD are bearish.
Get an email alert each time I write an article for Real Money. Click the "+Follow" next to my byline to this article.
TAGS: Mergers and Acquisitions | Investing | Stocks | Technical Analysis | Trading | Energy | Natural Gas | Mad Money | Executive Interview |