We last reviewed the charts of PENN on September 17 where we wrote that "Card counting will not help with the charts but taking money off the table will. If you have been long PENN I think you should consider booking profits here." We wrote about PENN again on November 5.
Let's check and see what the charts look like today.
In this daily bar chart of PENN, below, we can see that prices pushed up to a spike high in early March. PENN has corrected lower for about two months. Prices fell below the declining 50-day moving average line but remain above the rising 200-day line. We could see the 200-day average tested in the near-term.
The On-Balance-Volume (OBV) line shows some minor weakness from late March through April and tells us that sellers of PENN have been a little more aggressive than the buyers.
The 12-day price momentum study shows a pattern of higher lows in recent weeks telling us that the pace of the decline has slowed. A slower pace in a decline can happen due to scale down buying and can foreshadow a price reversal to the upside.

In this weekly Japanese candlestick chart of PENN, below, we can see that prices are approaching the rising 40-week moving average line. The weekly OBV line shows weakness from January and indicates that sellers have been more aggressive. The MACD oscillator is pointed down and has not begun to narrow.

In this daily Point and Figure chart of PENN, below, we can see a tentative downside price target in the $79 area. 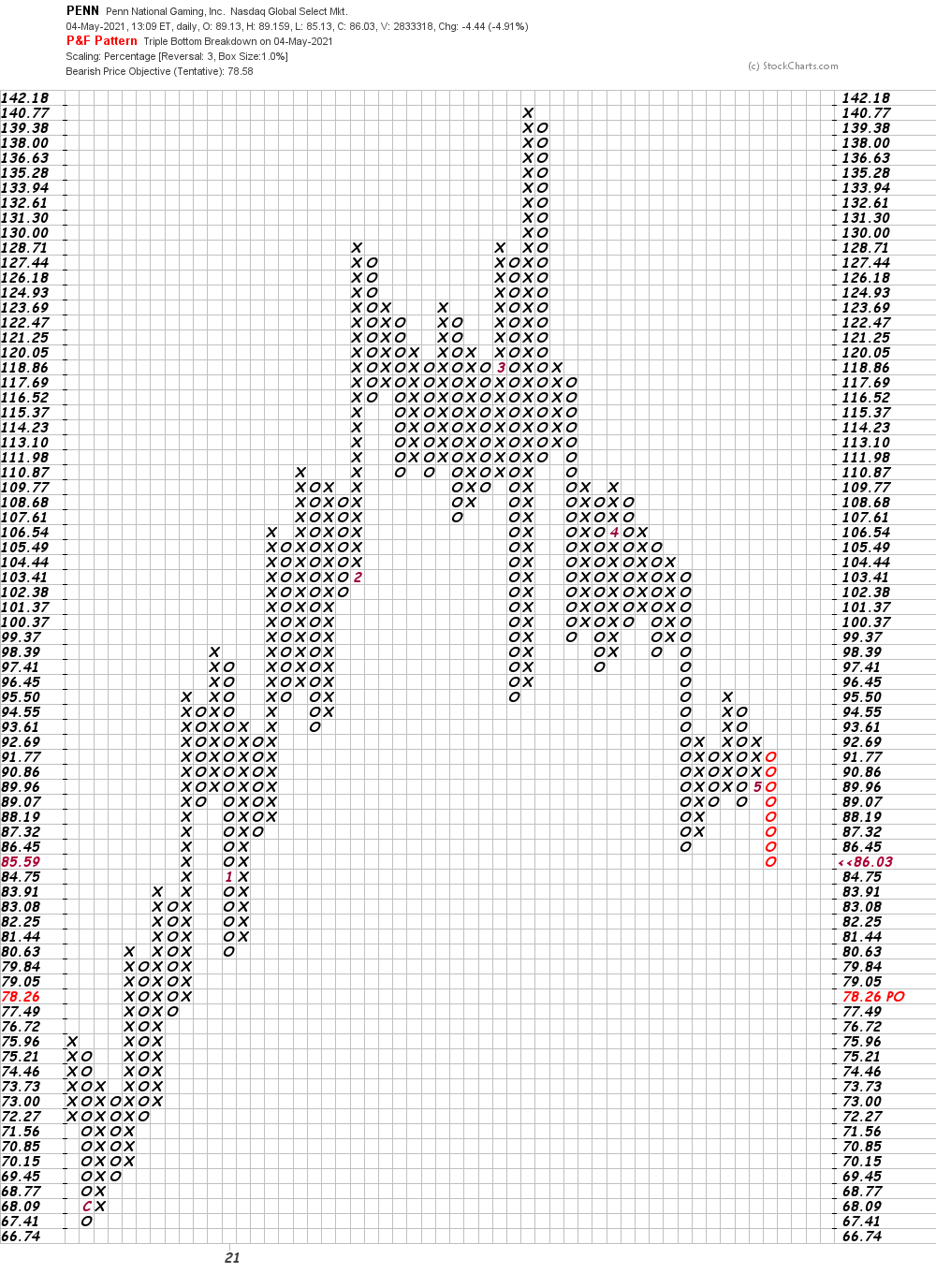 Bottom line strategy: The pace of the decline from early March is slowing but we could see a test of the rising 40-week moving average line and the 200-day line with the Point and Figure target of $79. Wait for a key reversal day or a candlestick pattern and follow-through buying before entering the long side.
Get an email alert each time I write an article for Real Money. Click the "+Follow" next to my byline to this article.
TAGS: Investing | Stocks | Technical Analysis | Trading | Sports business | Gaming | Mad Money | eSports