Mucci said Paychex has updated all of the company's guidance and now expects revenues to be flat for the year.

Beyond payroll, Mucci said that Paychex HR outsourcing services have grown by double digits and businesses are relying on them more and more for things like help with PPP loans and other government assistance.

Paychex also has a new partnership with Clover, a small business point-of-sale system. Mucci explained that now businesses that use Clover can log their time and attendance right into their point of sale and that data flows right to Paychex.

We looked at the charts of PAYX back on January 5 and wrote that "PAYX has turned lower and could decline to the $80 area for starters. The longer-term trend is positive so this anticipated decline could become a buying opportunity. Keep your powder dry for now."

In this updated daily bar chart of PAYX, below, we can see that prices worked lower from January 5 but only reached the $85 area and not $80. Prices subsequently rallied to a slight new high by late March but a downside price gap the other day injects a note of caution. Prices gapped down to test the rising 50-day moving average line. The 200-day moving average line is rising and intersects down around $85 now - the late January low.

The On-Balance-Volume (OBV) line peaked before the middle of March and its weakness tells me that sellers of PAYX have been more aggressive recently. The Moving Average Convergence Divergence (MACD) oscillator made a lower high recently than it did back in November for a bearish divergence and the oscillator has just crossed to the downside.

In this weekly Japanese candlestick chart of PAYX, below, we see a chart that is on the verge of turning lower. The last three candles look like a top reversal pattern. This could result in a sideways trend or a downtrend. The slope of the 40-week moving average line is still positive.

The weekly OBV line is lagging the price action but shows a peak in the middle of March. The MACD oscillator is very close to another downside crossover and take profit sell signal.

In this daily Point and Figure chart of PAYX, below, we can see that the software is projecting a potential downside price target in the $87 area. 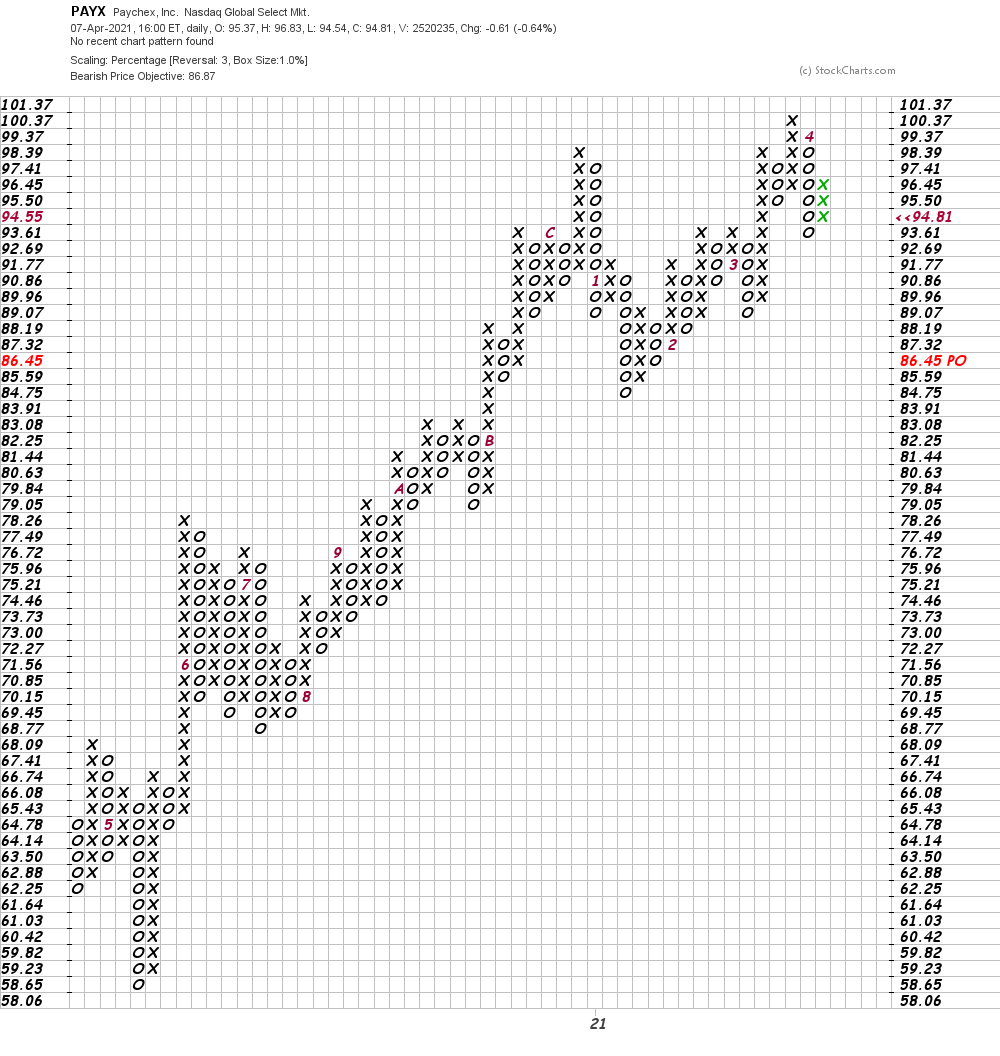 In this weekly Point and Figure chart of PAYX, below, we can see a projected upside price target of around $104. 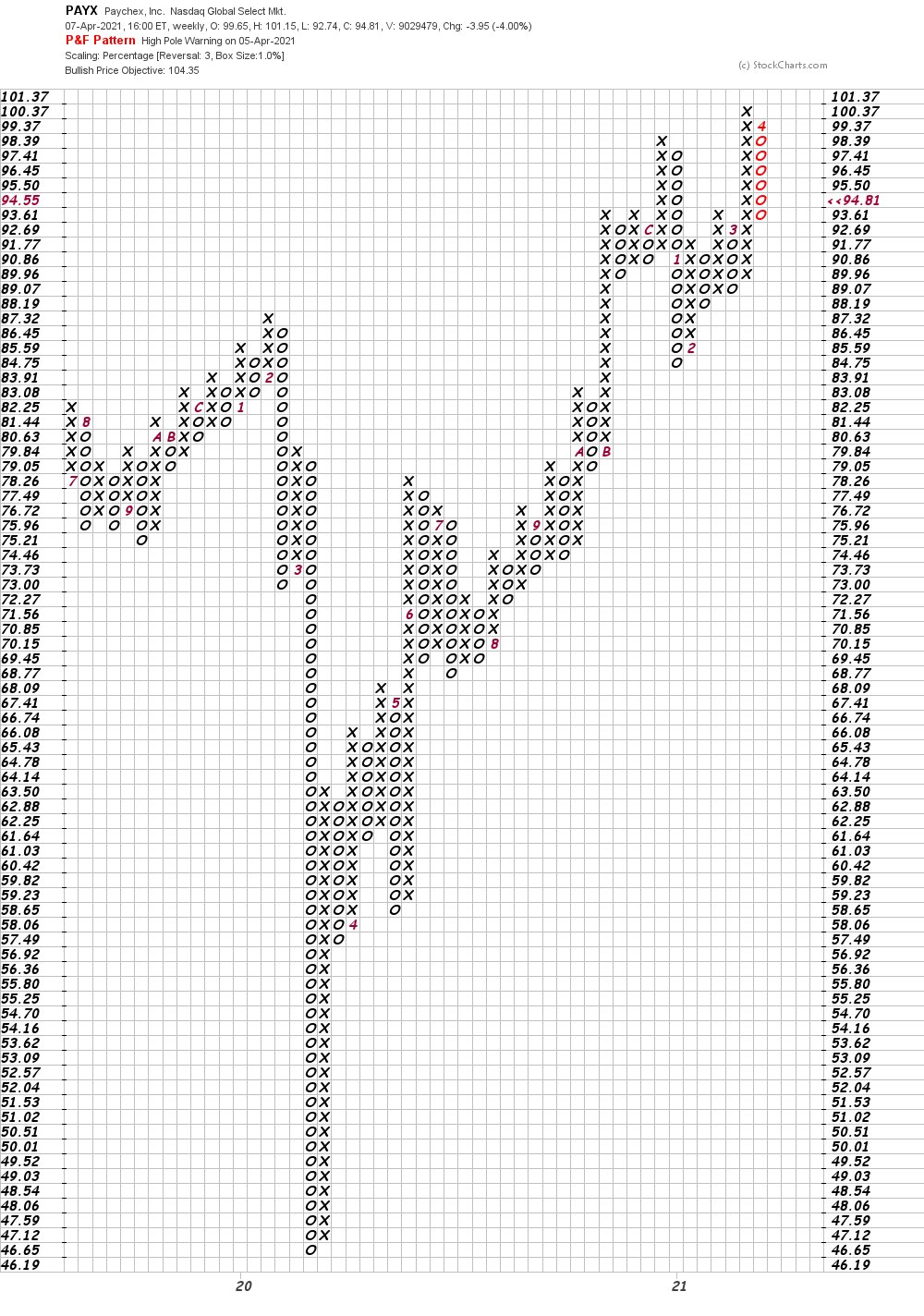 Get an email alert each time I write an article for Real Money. Click the "+Follow" next to my byline to this article.
TAGS: Investing | Stocks | Technical Analysis | Trading | Financial Services | Software & Services | Mad Money | Executive Interview