Back on July 23 we recommended the long side of NortonLifeLock (NLOK)  , writing that "NLOK looks like it is positioned to move higher from here. Traders could go long at current levels and on strength. Risk a close below $19 for now while looking for gains to the $27 area and possibly $35 longer-term." NLOK did rally into late August but stopped short of our $27 price target.

In this weekly bar chart of NLOK, below, we see a bearish picture. Prices are in a downtrend below the declining 40-week moving average line. The $17-$15 area might act as support but we'll have to see how things develop.
The weekly OBV line has been under pressure since August and has made a new low for the move down. A declining OBV line tells us that sellers are more aggressive.
The MACD oscillator moved below the zero line last month for an outright sell signal.

In this daily Point and Figure chart of NLOK, below, we can see a potential downside price target in the $12 area. 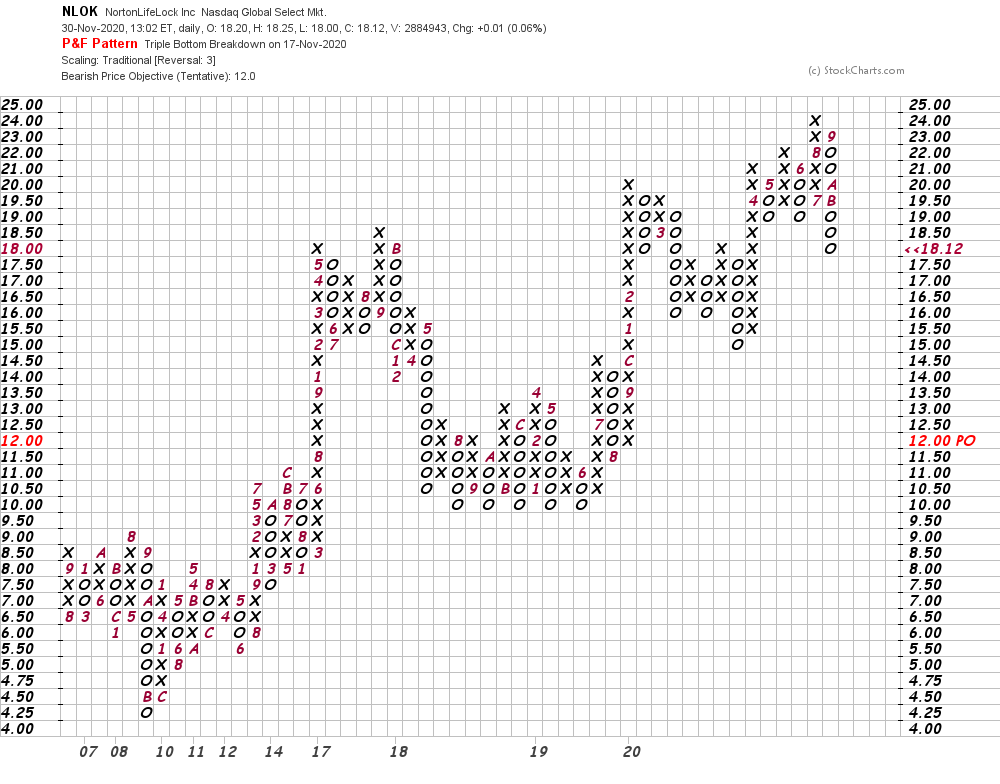 Bottom line strategy: Not every recommended trade works out. Risk management is key to successful investing and trading. Avoid the long side of NLOK as the charts look bearish.

(NortonLifeLock is a holding in Jim Cramer's Action Alerts PLUS member club. Want to be alerted before Jim Cramer buys or sells NLOK? Learn more now.)

Get an email alert each time I write an article for Real Money. Click the "+Follow" next to my byline to this article.
TAGS: Investing | Stocks | Technical Analysis | Trading | Cybersecurity | Financial Services | Fintech