During Monday's 'Lightning Round' segment of Mad Money, one caller asked Jim Cramer for his opinion of Omnicom Group (OMC) : "I think they're going to be a winner," said Cramer.

Let's check out the charts of OMC to see how they're performing.
In this daily Japanese candlestick chart of OMC, below, we can see that the share price of OMC was cut in half over the past four months. Not pretty. The slopes of our two favorite moving averages - 50-days and 200-days - are both negative and the 50-day line is below the 200-day line for a bearish death cross.
The level of trading volume has been increasing since the beginning of the year but it doesn't look like it has attracted buyers.
The On-Balance-Volume (OBV) line has been in a downtrend from July which tells us that sellers of OMC have been more aggressive for months and long before the February "meltdown" in the broad market.
The Moving Average Convergence Divergence (MACD) oscillator has been below the zero line all year so far and is now just trying to generate a cover shorts signal. This does not inspire buying in my opinion.

In this weekly Japanese candlestick chart of OMC, below, we extended our typical look-back period and here we can see that prices have broken below all the lows going back to 2015.
The 40-week moving average line has a negative slope and the weekly OBV line has been weak since early 2019, telling us that sellers of OMC have been more aggressive for a long time now.
The weekly MACD oscillator is bearish and has not started to narrow yet. No early signs of bottoming for OMC.

In this daily Point and Figure chart of OMC, below, we can see that prices have reached a downside price target of $55-$54 but evidence of fresh accumulation is missing. 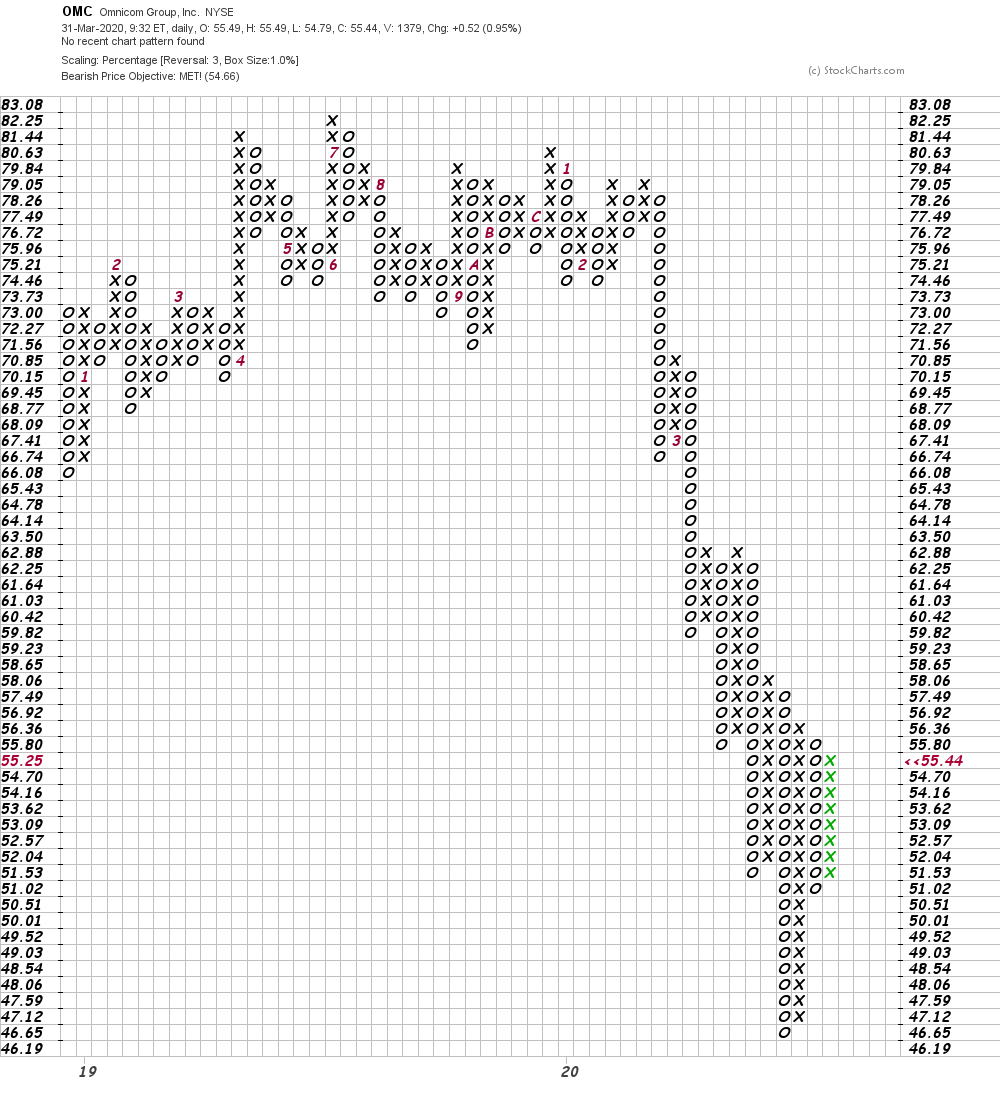 In this second Point and Figure chart of OMC, below, we used weekly close only data and a traditional even dollar increment for scaling. Here the software shows the potential for a deeper decline to the $22 area. 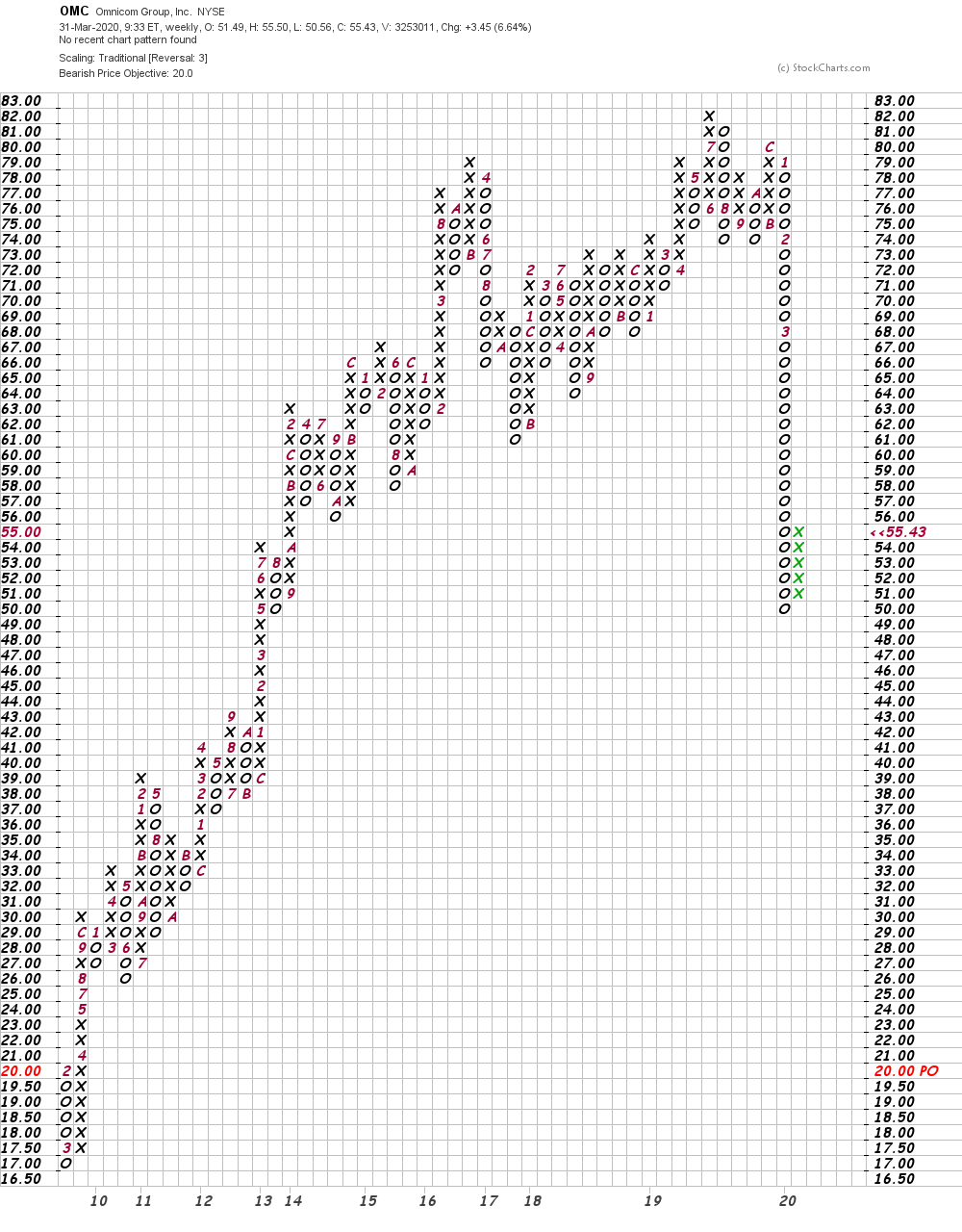 Bottom line strategy: I could be surprised but right now the charts of OMC are just not positioned for a sustained recovery rally. The risk, in my opinion, is still to the downside. Avoid for now.
Get an email alert each time I write an article for Real Money. Click the "+Follow" next to my byline to this article.
TAGS: Investing | Stocks | Technical Analysis | Trading | Media | Mad Money