Nuance Communications Inc. (NUAN) was upgraded to a Buy by TheStreet's quantitative service. Regular readers of "Kamich's Korner" know that I often use the quantitative service to look for new investment ideas. Let's check out the charts and indicators of NUAN to see if they too are bullish.

In this daily bar chart of NUAN, below, we can see that prices broke out from a long sideways consolidation pattern in late October. Prices stayed roughly in a $13 to $15.50 range from February. Prices moved back and forth around the 50-day and 200-day moving average line, but in early October prices began to rally above both of these indicators. The daily On-Balance-Volume (OBV) line made a low in late June and has risen to a new (bullish) high the past five months. The Moving Average Convergence Divergence (MACD) oscillator is in a bullish configuration above the zero-line.

In this first weekly bar chart of NUAN, below, we can see a three-year sideways trading range. Prices are up at the top of the range and ready for some sort of breakout. NUAN is above the rising 40-week moving average line. The weekly OBV has been rising the past three years and is at a new high. The MACD oscillator has been bullish since late February.

In this second weekly bar chart of NUAN, below, we went back 10-years to show the bigger picture. Here a breakout over $19 could really propel NUAN higher.

In this Point and Figure chart of NUAN, below, we can see a potential upside price target in the $24 area. 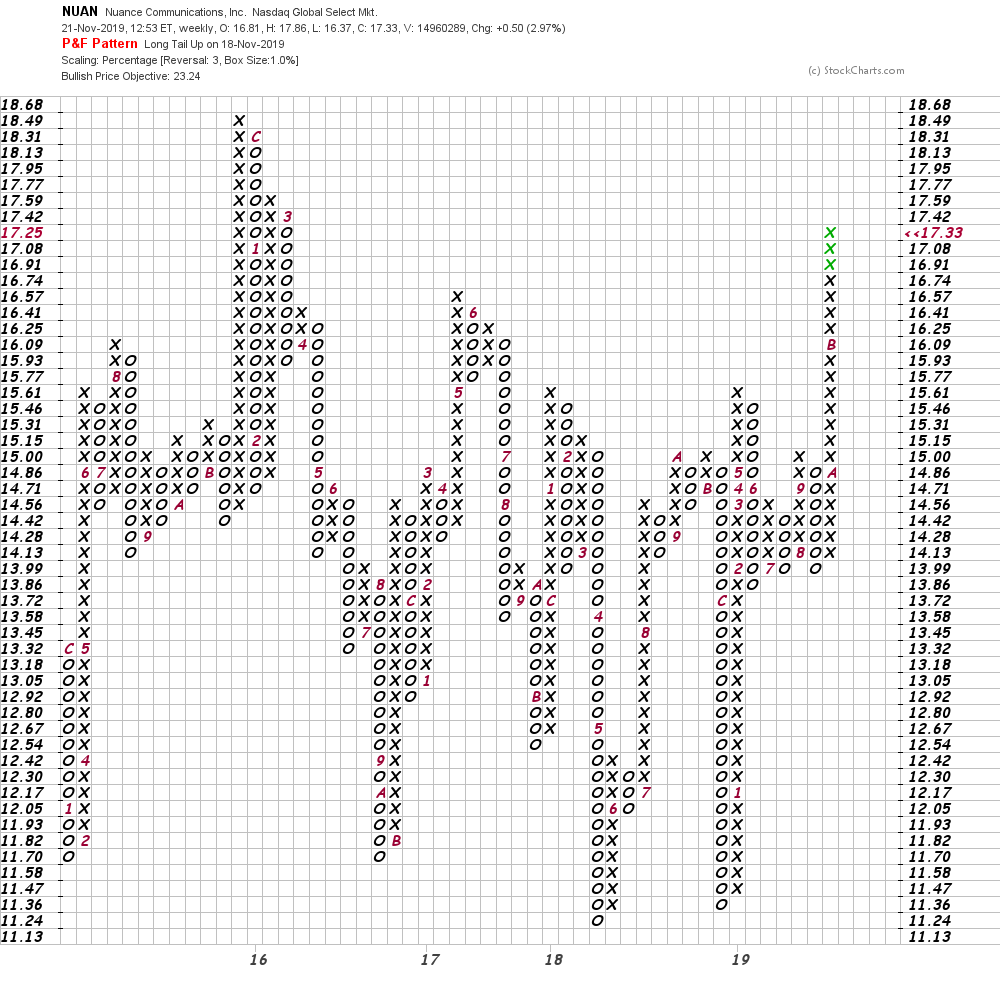 Bottom-line strategy: Big bases or long bases can produce big rallies, so I am very interested in NUAN. The big base on the second weekly bar chart and the quantitative upgrade to buy suggest that NUAN is ready for a big move up. Traders and investors could go long at current levels risking a close below $16 for now.

Get an email alert each time I write an article for Real Money. Click the "+Follow" next to my byline to this article.
TAGS: Investing | Software & Services | Quant Ratings | Stock of the Day