"NovoCure had a great quarter. This is an amazing company," said Jim Cramer during last night's Lightning Round of his popular Mad Money program. Let's look at the charts and indicators of (NVCR) in addition to following the fundamentals.

In this daily bar chart of NVCR, below, we can see that prices made a low in November and a retest in December before starting a significant rally into early August.

The daily On-Balance-Volume (OBV) line shows an initial rise from late December to late February but then the next four months are mostly flat before another rising in July.

The Moving Average Convergence Divergence (MACD) oscillator has narrowed recently and could soon cross to the downside for a take profits sell signal. Some nearby support (former resistance) can be seen around $70.

In this weekly bar chart of NVCR, below, we can see that prices are extended above the rising 40-week moving average line.

The weekly OBV line is clearly bullish and show more aggressive buying for more than two years. The weekly MACD oscillator is bullish.

In this Point and Figure chart of NVCR, below, we can see that prices have exceeded a Point and Figure price target. A sideways consolidation pattern or a corrective decline would be welcomed. 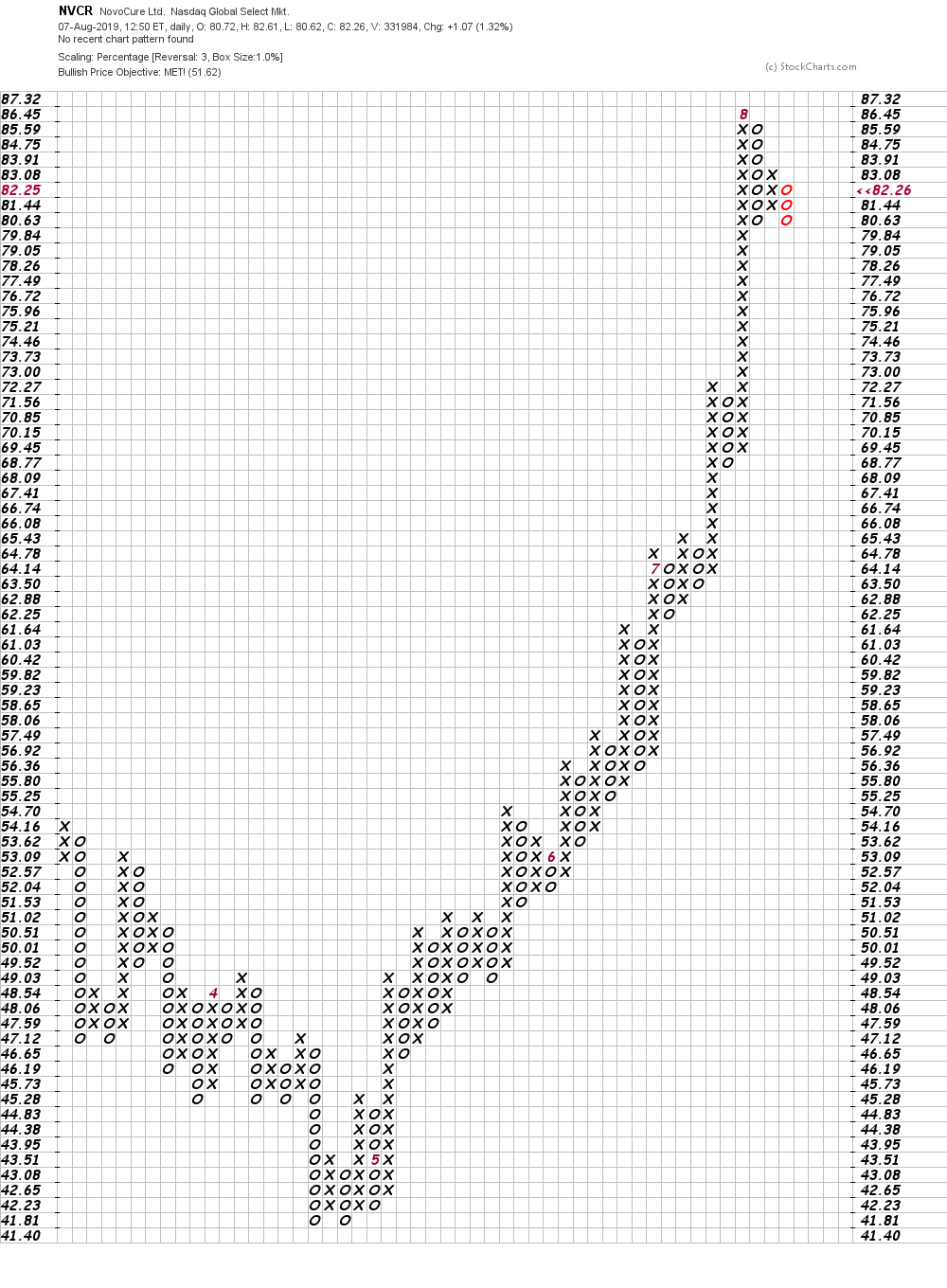 Bottom line strategy: The daily and the weekly charts of NVCR look extended. A sideways correction or some sort of relatively shallow pullback would not surprise me at this juncture.

The fundamentals of the cannabis industry continue to improve.