Which stocks are safe to own in such a volatile stock market environment? Jim Cramer offered his opinions on the final third of the stocks in the Dow Jones Industrial Average (DJIA) during Wednesday's Mad Money program. Cramer was bullish on Pfizer (PFE) , one of only a handful of names in the Dow that can actually be bought with confidence.

Let's check out the charts to see how confident they may or may not look.

In this daily bar chart of PFE, below, we can see that prices have broken below the lows of August, telling us that anyone who bought PFE in the last 12 months now has a loss. Prices are below the 50-day and 200-day moving average lines and both averages have negative slopes now.

The daily trading volume has increased over the past two months telling us that PFE is not falling of its own weight but rather investors are voting with their feet.

The On-Balance-Volume (OBV) line has been declining since the end of December and the Moving Average Convergence Divergence (MACD) oscillator generated a sell signal at the beginning of February.

In this weekly bar chart of PFE, below, we went back five years to see the next chart points. Prices are now in a position to test levels not seen since 2016-2017.

The slope of the 40-week moving average line has been bearish for a long time and the weekly OBV line shows a topping pattern for more than a year. The MACD oscillator is bearish too.

In this first Point and Figure chart of PFE, below, we used daily price data to construct the chart. The software is projecting a downside price target in the $30-$29 area. 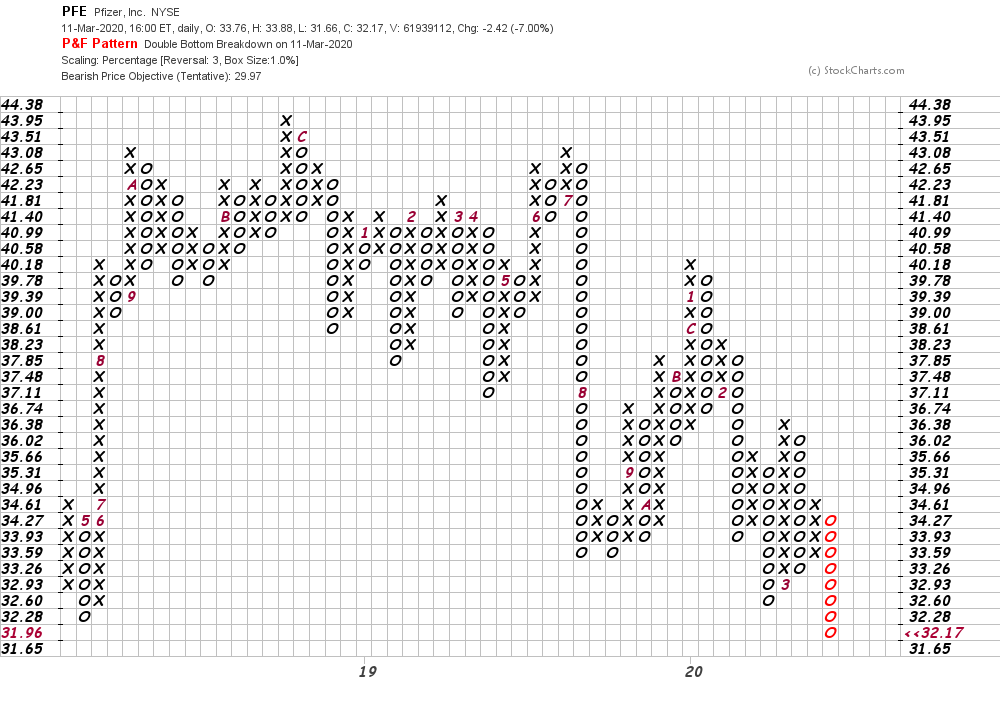 In this second Point and Figure chart of PFE, below, we used weekly price data in the construction of the chart. Here we can see a lower price target in the $27 area. 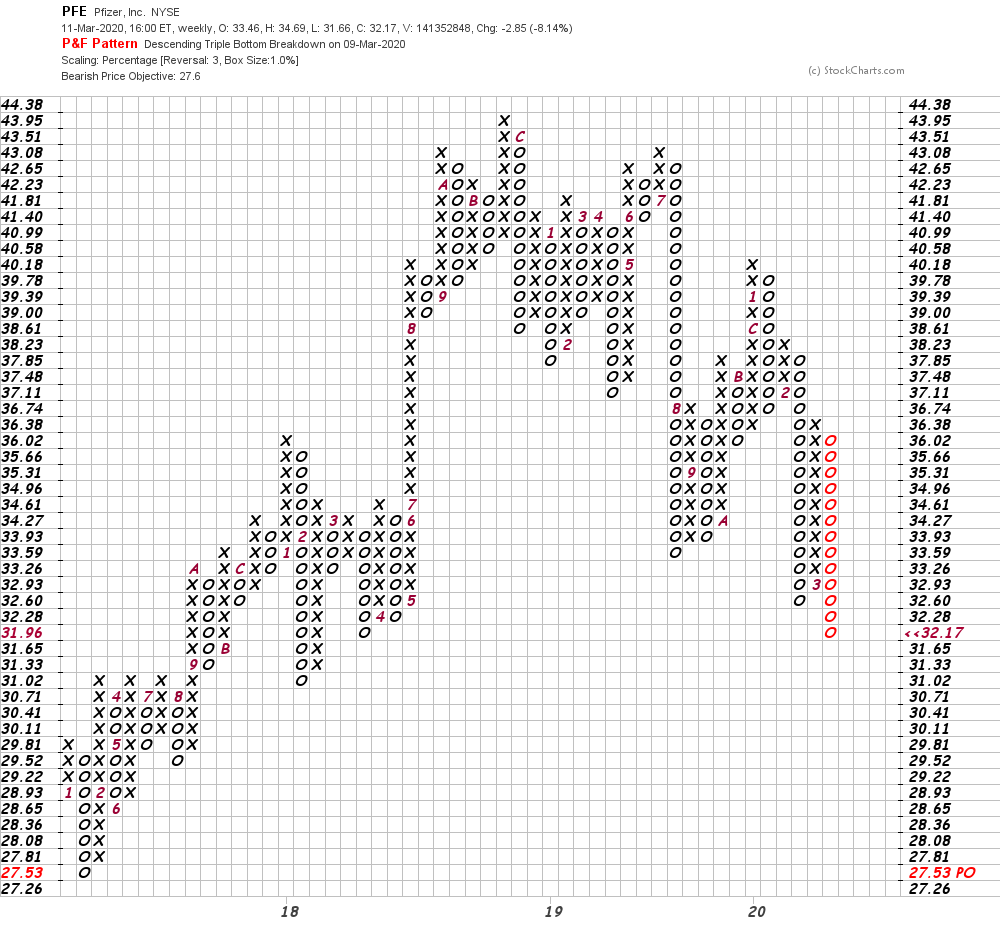 Bottom line strategy: Jim Cramer and his Mad Money team know the fundamentals, however the charts have not yet bottomed. Keep an eye on PFE in the $29-$27 area.

Advanced Micro Devices Is Set to Rally, Be a Buyer of a Small Dip

With so many charts of companies in weak positions lately, it's refreshing to see charts so strong as AMD.

Microsoft Has No Problem Blurring Lines Between Consumer and Enterprise Software

With its latest moves, Microsoft is wagering that it can drive greater usage of apps such as Excel and Teams for non-business purposes.