We looked at the charts of Tesla (TSLA)  back on Feb. 16 and wrote that "Wall Street analysts have been leapfrogging each other as they raise their price targets for TSLA. Piper Sandler analyst Potter recently took his price target to a new Wall Street high of $1,200. Despite all seemingly bullish news, the stock has stalled and is looking like it can correct lower. Just as TSLA's strength lifted the S&P 500, its weakness can cut in the other direction."

We included a Point and Figure chart in that report with a downside price target in the $670 area. Prices declined to the $550 area and rebounded into early April where they failed and turned down again. TSLA is retesting the March low and the 200-day moving average line but things are coming undone. The On-Balance-Volume (OBV) line has only declined modestly from February suggesting that TSLA longs have largely stayed with their positions and there has not been much aggressive selling. The 12-day price momentum study shows a higher low from March to May tells us that the pace of the decline has slowed and is generating a bullish divergence. This divergence could foreshadow a rally for TSLA.

In this short-term daily bar chart of TSLA, below, we used just one month of price data. Today could be a reversal day known as "a close above the high of the low day". If TSLA closes above Wednesday's high, we have a short-term buy signal as long as Wednesday's low holds.

In this daily Point and Figure chart of TSLA, below, we can see that the software is generating a potential downside price target in the $501 area. A trade at $595 will start to improve the picture. 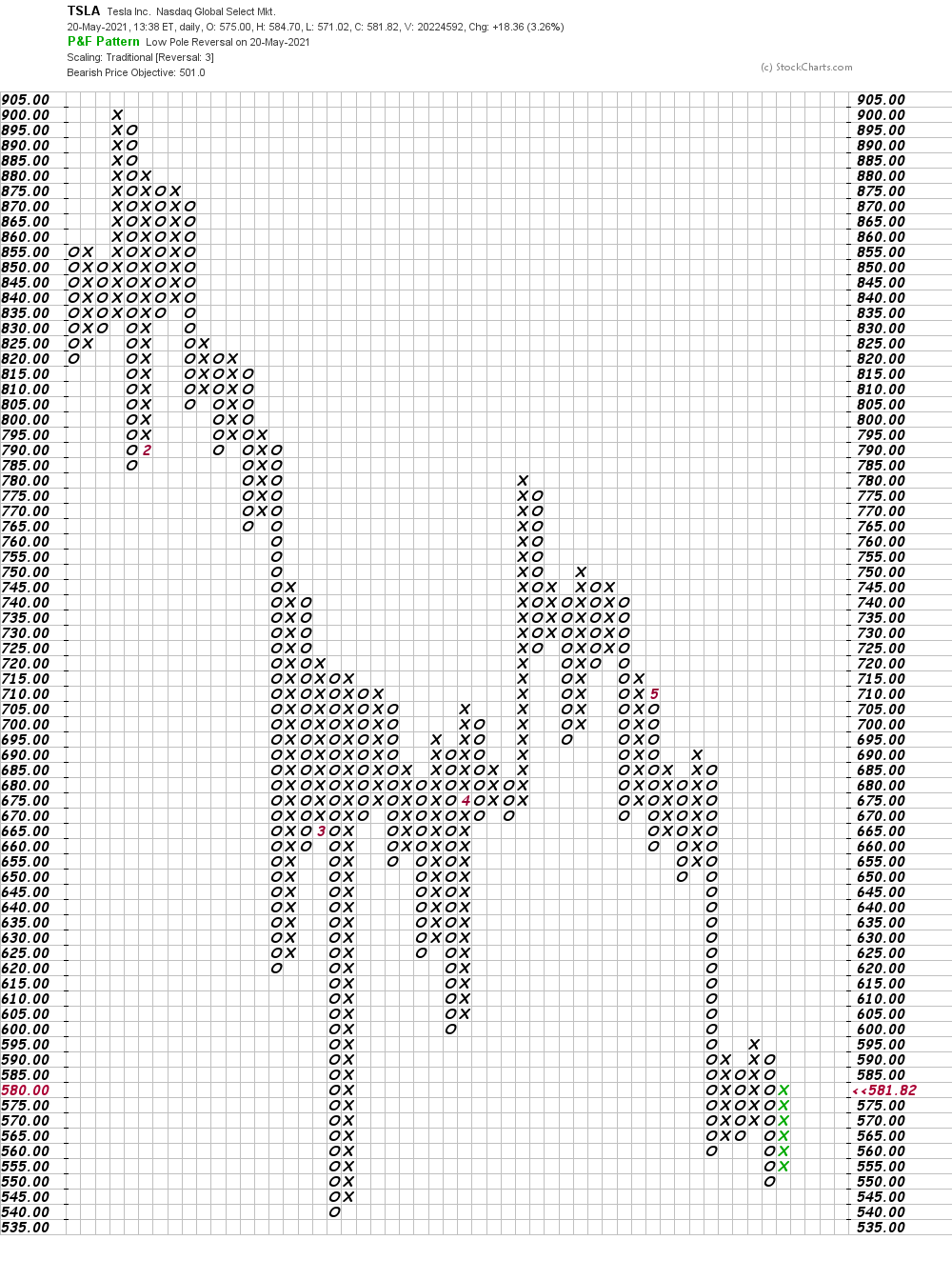 Bottom line strategy: TSLA is oversold according to the slow stochastic indicator. The pace of the decline has slowed when we look at our momentum study. TSLA is poised for some sort of turnaround or rebound. Be nimble.
Get an email alert each time I write an article for Real Money. Click the "+Follow" next to my byline to this article.
TAGS: Investing | Technical Analysis | Technology | Electric Vehicles