During Friday's Mad Money program, Jim Cramer told viewers his game plan for this week. Today, Cramer is looking for developments with China's labor situation and if any more negative news comes out with companies doing business there - like Nike (NKE) .

Let's check out the charts of NKE again. In our last review of NKE on March 4 we wrote, "In our review of February 5, we wrote that 'Assuming that traders took profits on longs at around $145, I would stand aside for now.' Continue this strategy and avoid the long side of NKE."

In this updated daily bar chart of NKE, below, we can see that prices bounced briefly and have sunk to a new low this month. Avoiding the long side has looked like good advice. NKE is trading below the declining 50-day moving average line. The rising 200-day moving average line was almost tested last week and could see a real test soon.

The On-Balance-Volume (OBV) line continues its weakness from early December and tells us that sellers of NKE have been more aggressive. The Moving Average Convergence Divergence (MACD) oscillator is fluctuating around the zero line.

In this weekly Japanese candlestick chart of NKE, below, we can see a large upper shadow two weeks ago as traders rejected the highs. We can also see a large lower shadow last week as the lows were rejected. Prices touched the rising 40-week moving average line.

The weekly OBV line is bearish and the MACD oscillator is still pointed down.

In this daily Point and Figure chart of NKE, below, we can see a potential downside price target in the $105 area. A trade at $124 should refresh the downtrend. 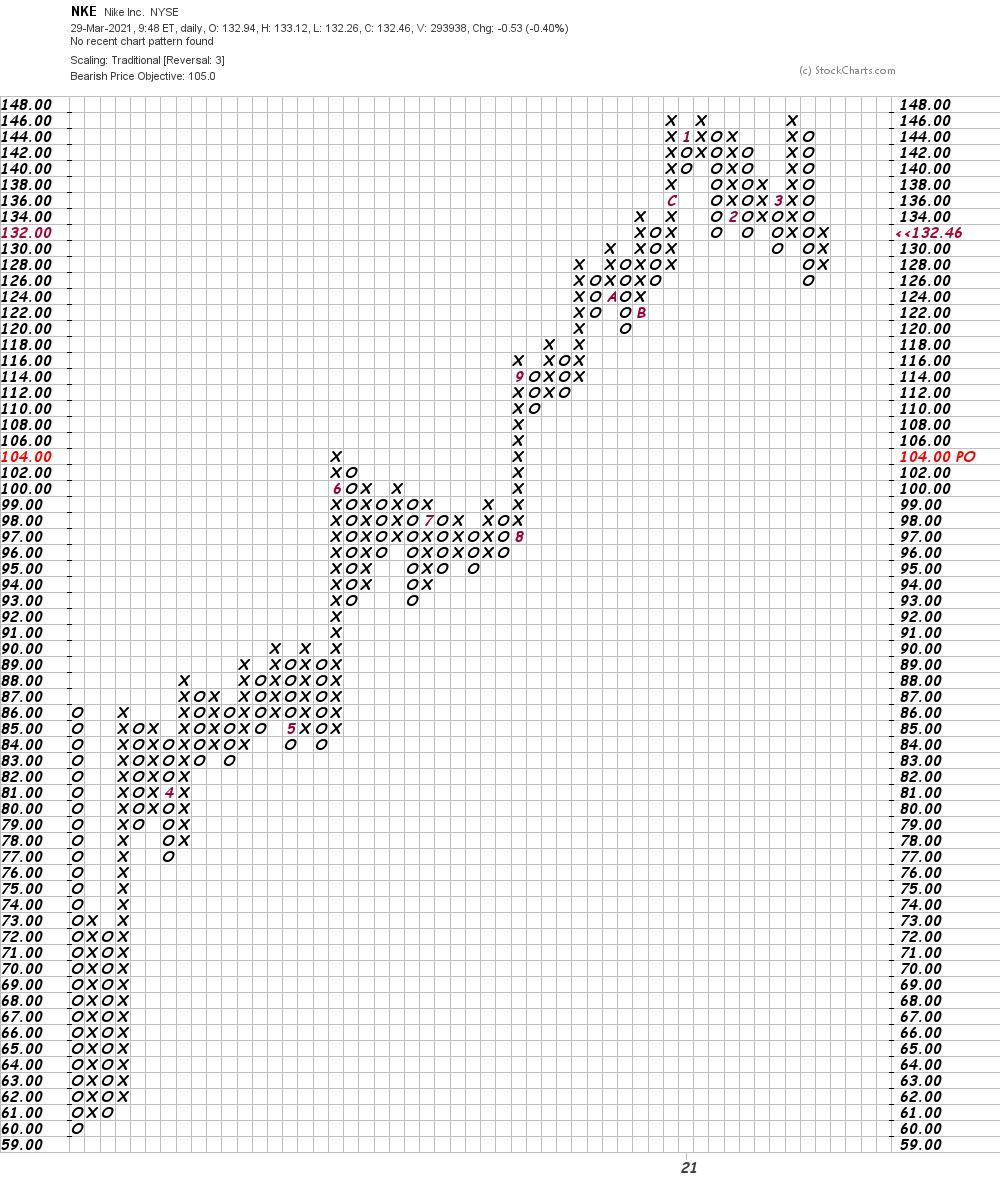 Bottom line strategy: The charts and indicators of NKE remain weak. Traders should continue to avoid the long side.

Get an email alert each time I write an article for Real Money. Click the "+Follow" next to my byline to this article.
TAGS: Investing | Stocks | Technical Analysis | Trading | Apparel | Sports business | China | Mad Money

I See No Signs of Leakage in Air Products & Chemicals

In fact, the charts of APD are bullish. Here's what they say.