Jim Cramer told his Mad Money viewers on Wednesday that the promise of a reopening economy and additional stimulus has set investors into a buying frenzy. Essential retail is out, he said, and specialty retail is back in vogue. That's why shares of Nike (NKE) fell Wednesday. Prices are still under selling pressure today so let's review the charts.

In this daily bar chart of NKE, below, we can see that prices have been "rolling over" the past three months. NKE is pointed down and poised to test its late January low. Prices are trading below the declining/bearish 50-day moving average line.
The daily On-Balance-Volume (OBV) line has been in a decline since December and tells us that sellers of NKE have been more aggressive.
The trend-following Moving Average Convergence Divergence (MACD) oscillator has been weakening since October and is now below the zero line in sell territory.

In this weekly bar chart of NKE, below, we can see some sell signals. Prices are still above the rising 40-week moving average line but the weekly OBV line is pointed down and the MACD oscillator has crossed to the downside.

In this daily Point and Figure chart of NKE, below, we can see a downside price target in the $115 area. 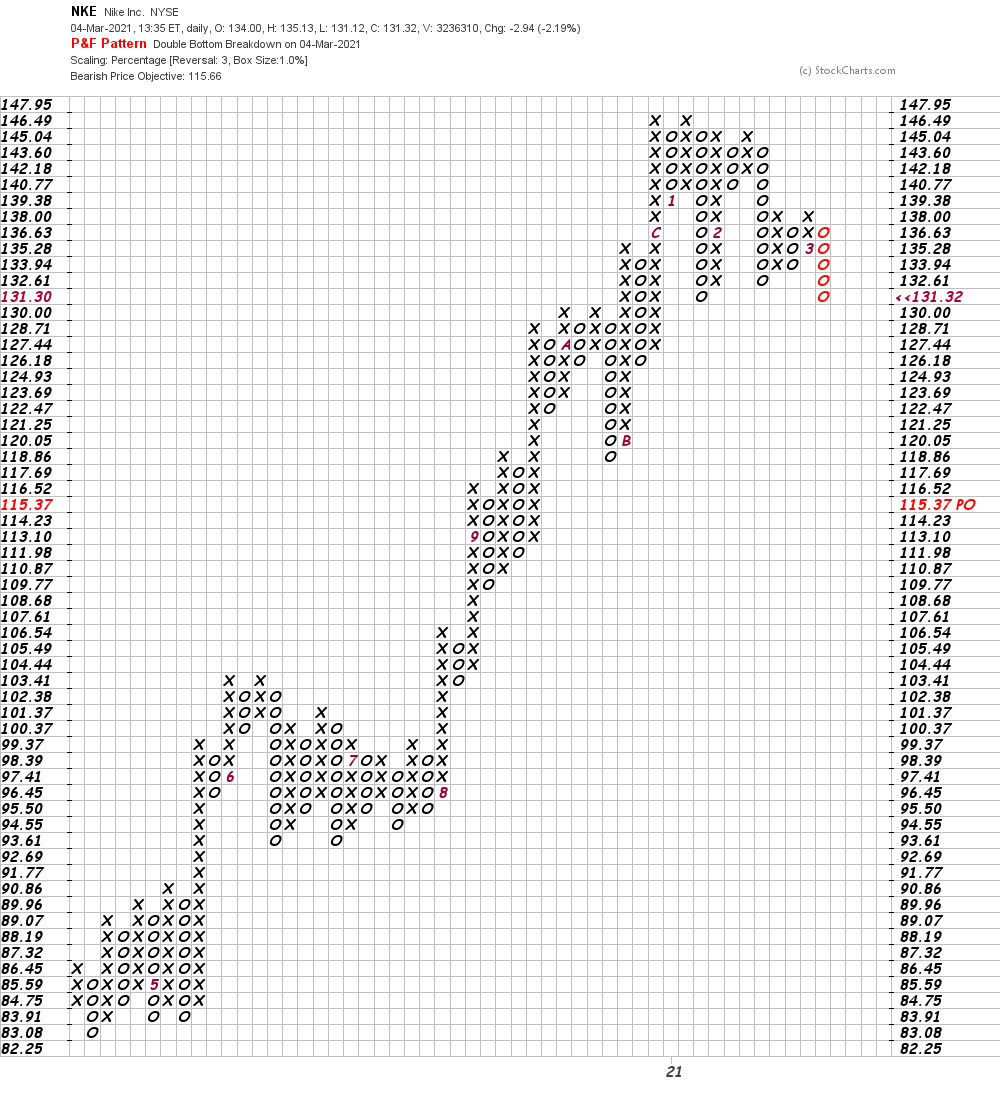 Bottom line strategy: In our review of February 5, we wrote that "Assuming that traders took profits on longs at around $145, I would stand aside for now." Continue this strategy and avoid the long side of NKE.

Get an email alert each time I write an article for Real Money. Click the "+Follow" next to my byline to this article.
TAGS: Investing | Stocks | Technical Analysis | Trading | Apparel | Retail | Sports business | E-Commerce | Sports