Nike, Inc. (NKE) is due to report earnings this Thursday and on the 'Mad Money' program Friday night Cramer said the company has the best story to tell of the week.

I am more interesting in the charts than the fundamental story so let's look at the charts.

In this daily bar chart of NKE, below, we can see that prices peaked around $86 in September and declined to retest support in the $70 area. The $70 zone was acting as resistance in February, April and the first half of May. Resistance has reversed roles and is now acting as support.

The daily On-Balance-Volume (OBV) line has been pointed down from late September and suggests that sellers of NKE have been more aggressive.

The Moving Average Convergence Divergence (MACD) oscillator just crossed to the downside below the zero line for an outright sell signal.

In this weekly bar chart of NKE, below, we can see that prices have a fair amount of time below the rising 40-week moving average line.

The weekly OBV line has been weak the past three months and the MACD oscillator is now close to the zero line after a bearish crossover in late September.

In this Point and Figure chart of NKE, below, we can see a downside price target of $63.66 but NKE has not made a new low for the move down. If the $69.45 low holds then we should be too bearish on the stock. 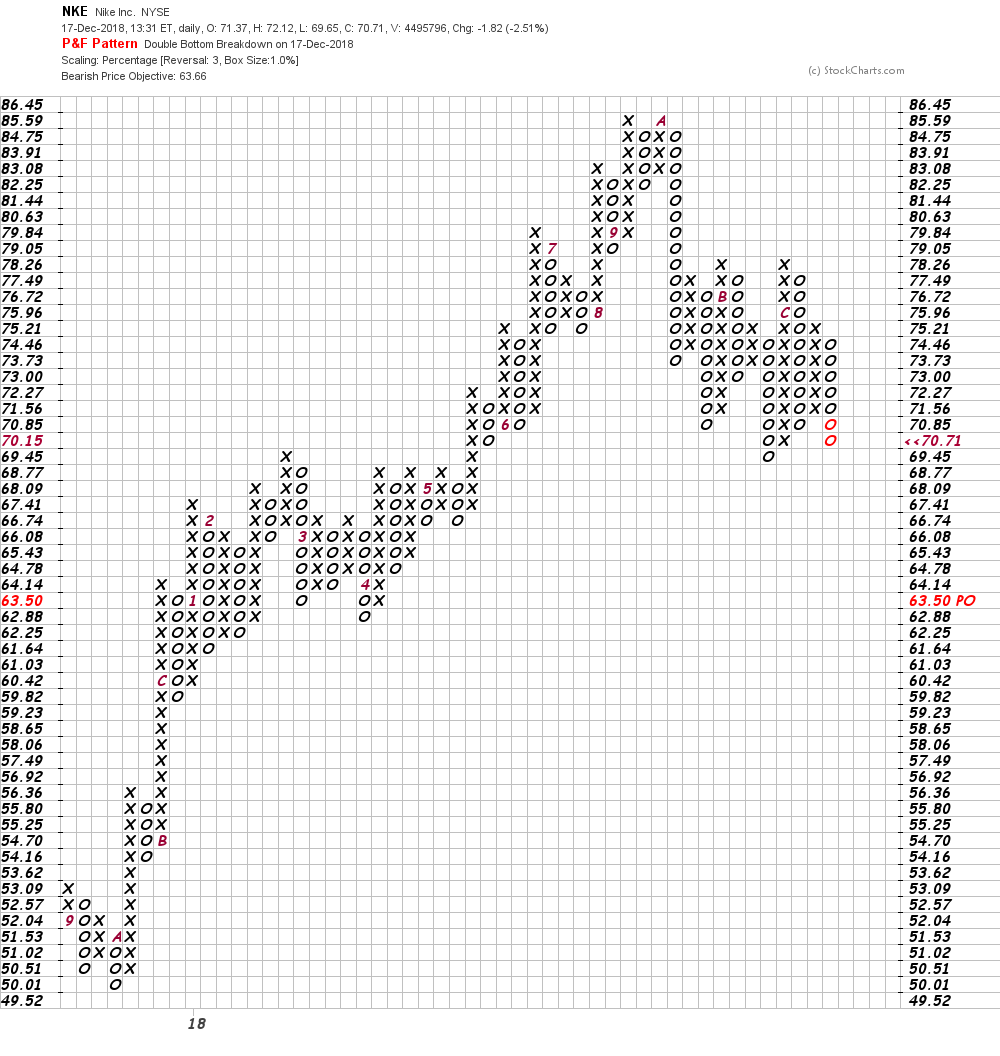 Bottom line strategy: With the broad market weak and the charts of NKE struggling to hold the $70 area, I cannot become too bullish on NKE and would not take a long position ahead of earnings.

Get an email alert each time I write an article for Real Money. Click the "+Follow" next to my byline to this article.
TAGS: Economy | Investing | Stocks | Technical Analysis | Trading | Apparel | Sports business | Consumer Discretionary