Netflix (NFLX) stock is looking to end the year on a high, as shares bump higher after the success of Sandra Bullock-driven blockbuster Bird Box at month's end.

Took off my blindfold this morning to discover that 45,037,125 Netflix accounts have already watched Bird Box - best first 7 days ever for a Netflix film! pic.twitter.com/uorU3cSzHR

The numbers essentially made the release the biggest movie in America without the need for big-time advertising and budget of a traditional blockbuster like Aquaman. For reference, the budget for Bird Box was one tenth that of Aquaman.

The total number of streams represents more than one third of subscribers viewing the film.

It is worth noting that massive viewership did not result in any large-scale blackouts or slowdowns in service provision either, speaking to the reliability of Netflix's streaming amid heavy traffic.

Given the importance of subscriber growth and traffic to the stock price, the numbers that movies like Bird Box can generate might signify more room to recover from its nearly 30% fall in the fourth quarter.

To be sure, Real Money contributor and former NYSE trader Stephen "Sarge" Guilfoyle noted that Netflix remains a favored short position of his due to longer term problems that persist in the stock.

"The fact is that for many firms engaged in the business of streaming television, costs are only going higher, perhaps much higher as the field becomes ever more competitive," he explained. "After first dealing with Hulu -- primarily a Disney offering going forward -- and Amazon (AMZN) Prime, the field has grown. Or will soon enough to include Alphabet (GOOGL) , AT&T (T) and Walmart (WMT) , not to mention others."

Overall, Guilfoyle favors Disney (DIS) to come out on top as its deeper pockets and "king of content" status gives it a head start on its peers on programming, especially the debt-wracked Netflix. 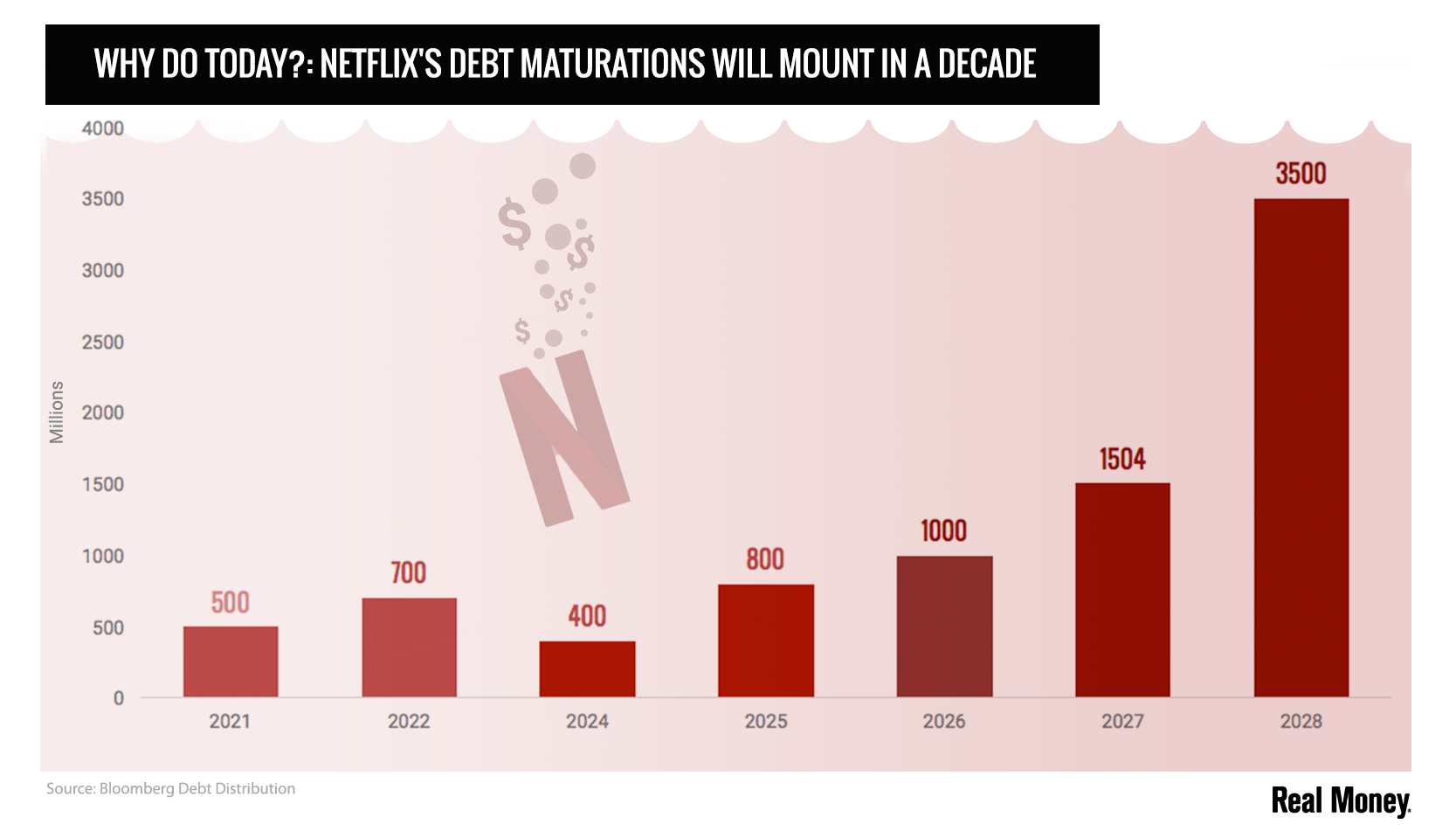 Additionally, there remains a good degree of technical resistance to the stock's recovery to levels anywhere near its 2018 highs according to real Money technical analysis specialist Carolyn Boroden.

"Even though I'd be fine with a continued rally from the Santa Claus low, we're still looking at the moving averages on this chart favoring the bears at the moment," she noted.

Boroden's full column outlines the way to play Netflix with some mitigation strategies for those willing to wade into 2019 with the streaming stalwart.

Get an email alert each time I write an article for Real Money. Click the "+Follow" next to my byline to this article.
TAGS: Corporate Bonds | Investing | Markets | Stocks | Technical Analysis | Digital Entertainment | Technology | United States

Our Updated Strategy as AbbVie Finally Breaks Out to New Highs

The bulls are back in charge.

We're Charting the 3 Online Sales Leaders: Here's How to Trade Them