NeoGenomics (NEO) was mentioned in the fast-paced 'Lightning Round' of Jim Cramer's Mad Money program Monday night. "I embrace this one for speculation," said Cramer referring to NEO. Let's check out the charts and indicators for a strategy that looks to balance risk and reward.

In this daily bar chart of NEO, below, we can see a strong rally up to early November. A deep correction in November and December was probably too deep for many late buyers and this probably resulted in a bit of a shake out. Prices quickly lost $8 on a $19 stock but NEO has quickly rebounded to around $17 again. Prices are above the declining 50-day moving average line and above the rising 200-day line.

The daily On-Balance-Volume (OBV) line has soared in January to reach a new high for the move up.

Prices began their rally phase in April of 2018 with prices doubling in a few months. NEO corrected lower but it is now back above the rising 40-week moving average line.

The weekly OBV line moved to a new high this month ahead of prices making a new high. The OBV line can lead prices at times because foresighted buyers tend to accumulate shares quietly.

The weekly MACD oscillator has turned up to cross from above the zero line - this is a fresh outright go long signal. 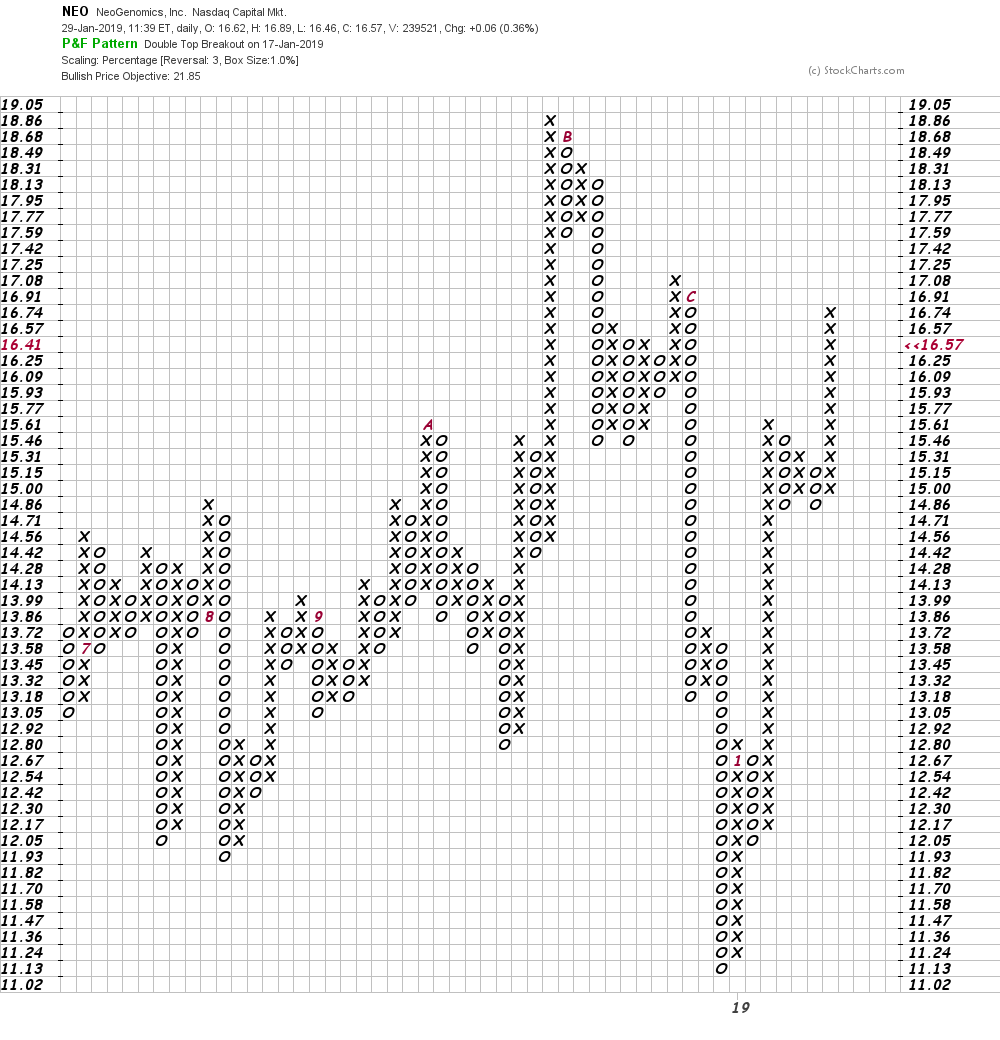 Bottom line strategy: NEO could pull back slightly in the near-term. Traders looking to go long could use a dip, if available, towards $15 to go long. Risk a close below $13 looking for gains to the low $20's to start.

Get an email alert each time I write an article for Real Money. Click the "+Follow" next to my byline to this article.
TAGS: Investing | Markets | Stocks | Technical Analysis | Trading | Biotechnology | Mad Money