Litinsky said the key to electrifying America is the upstream supply chain. There simply isn't enough materials for everyone to compete, he explained. China controls 90% of the magnet market, making it a single point of failure for the rest of the world, he added.

That's why MP Materials announced it is building a magnet facility in the U.S. in partnership with General Motors (GM) . Litinsky said the deal is a win for both MP Materials, which is beginning to move its operations downstream into magnetics, and for GM, which needs reliable supplies of magnets for its EV motors.

When asked whether it was time to raise cash for expansion, Litinsky noted that MP Materials has $1.2 billion in cash on its books and is in a great position to fund its expansion plans.

Let's check out the charts. In our July 8 review of MP we recommended "MP could pull back to $30 or even a little bit lower. Aggressive traders could use a pullback to $30 to probe the long side of MP."

In this updated daily bar chart of MP, below, we can see that subscribers of Real Money got an opportunity to buy MP around $30 in July, August and in October. Prices have since rallied to around $50 but look strong and capable of further gains. MP is trading above the rising 50-day moving average line. And the rising 200-day line. We can see a bullish golden cross buy signal in early November when the 50-day line crossed above the 200-day line.

The On-Balance-Volume (OBV) line has been slowly rising from May and tells us that buyers of MP are being more aggressive than sellers. The Moving Average Convergence Divergence (MACD) oscillator is above the zero line and is ready for a new bullish crossover and buy signal.

In this weekly Japanese candlestick chart of MP, below, we see some positive clues. The large white (bullish) candle in early November is setting the stage for further gains. Prices are above the 40-week moving average line.

The weekly OBV line is steady and the MACD oscillator is bullish. There are two upper shadows above $45 but the next push up in price should put the bulls in control.

In this daily Point and Figure chart of MP, below, we can see a potential upside price target in the $72 area. 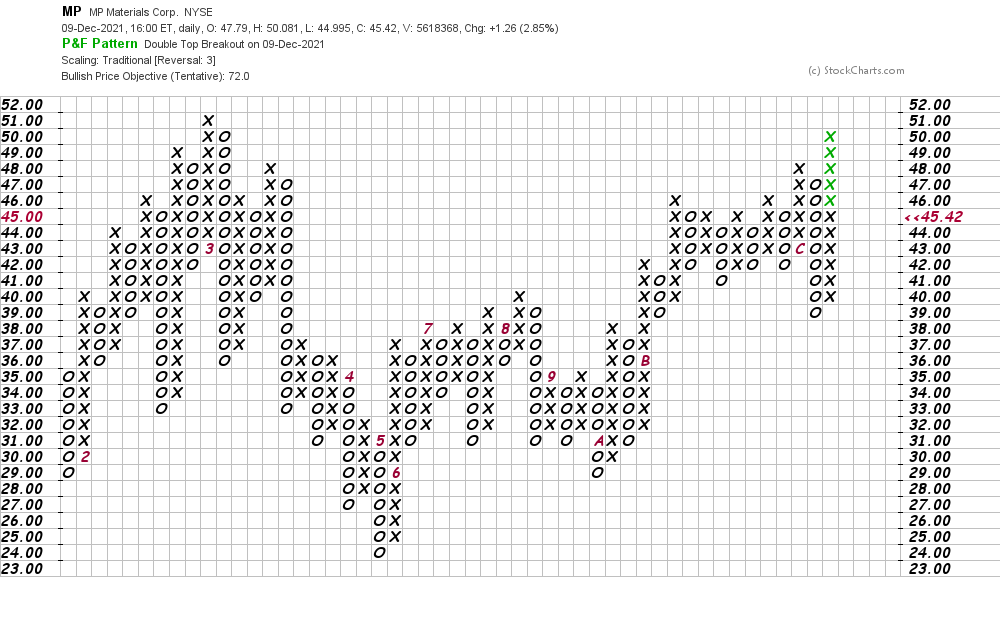 In this weekly Point and Figure chart of MP, below, we see an $80 price target. 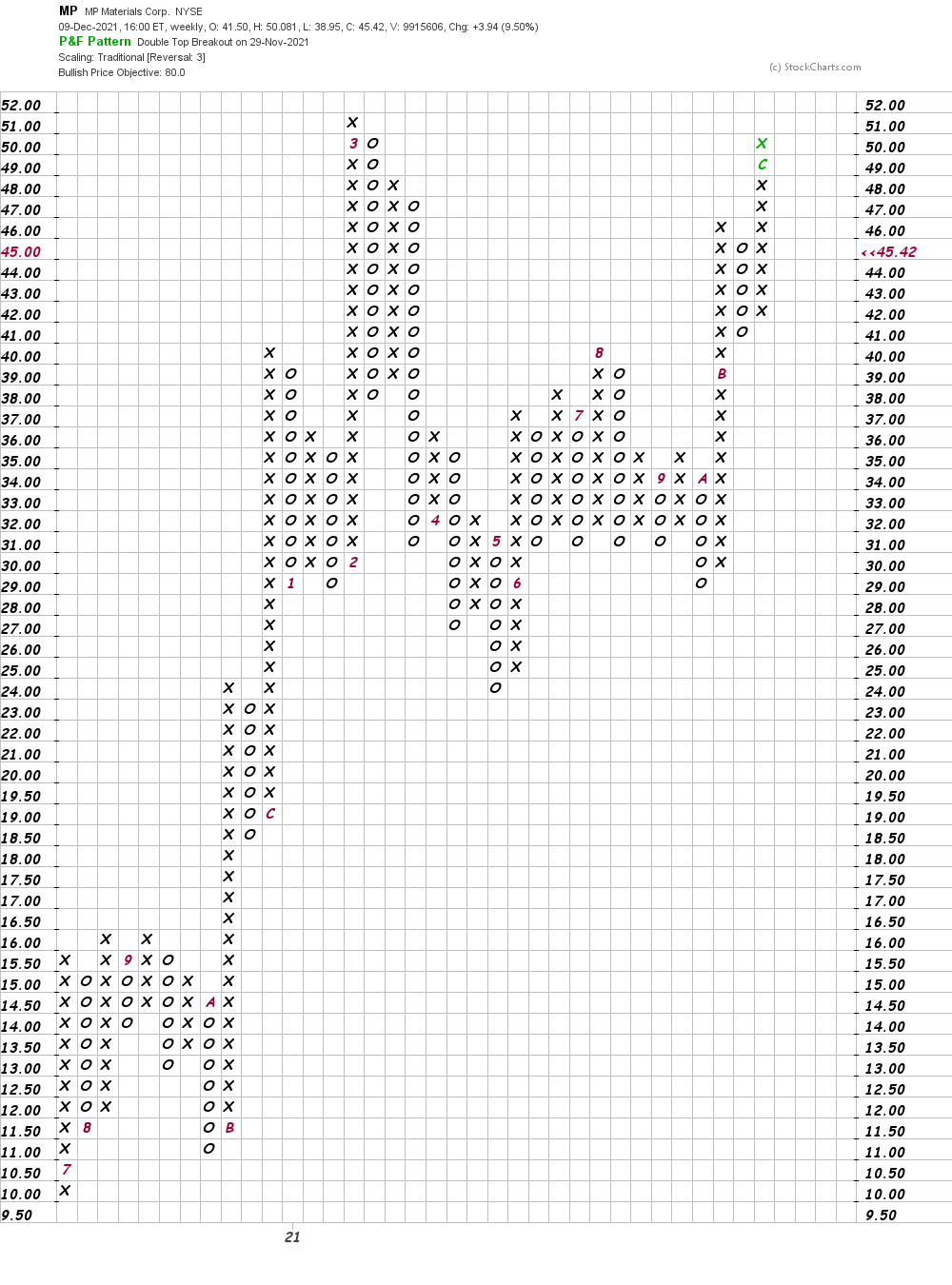 Bottom line strategy: We have been checking out MP since April and have recommended other rare earth plays in the past year or so. Continue to hold MP longs. Risk to $37 now. Our price targets are $72 and then the $80 area.

Get an email alert each time I write an article for Real Money. Click the "+Follow" next to my byline to this article.
TAGS: Commodities | Investing | Stocks | Technical Analysis | Trading | Automobile Components | Automotive | Mad Money | Executive Interview | Electric Vehicles