During Tuesday's 'Lightning Round' segment of Mad Money, one caller asked Jim Cramer about Dave & Buster's Entertainment (PLAY) : "It's too hard to figure out how social distancing is going to work for restaurants," opined Cramer.

Let's check out the charts of this entertainment and food venue.
In this daily bar chart of PLAY, below, we can see that the price made a "life altering decline" from above $45 in January and February to just $5 in March. Prices made a bounce in late March, but we can now see a lower high made in April.
The bearish 50-day moving average line and the declining 200-day moving average line are well above the market. The daily trading volume spiked up in March and April but the On-Balance-Volume (OBV) line remains weak and tells us that sellers have been more aggressive.
The Moving Average Convergence Divergence (MACD) oscillator is pointed up towards the underside of the zero line but it has begun to narrow which suggests the price strength is fading.

In this weekly bar chart of PLAY, below, we can see that the collapse in the share price has been even more dramatic in the past three years. This kind of decline is hard to make a comeback from. Prices are well below the declining 40-week moving average line.
The weekly OBV line is at a new low for the move down and the MACD oscillator has been below the zero line for much of the past three years.

In this daily Point and Figure chart of PLAY, below, we can see that the chart is projecting a downside target of $7. Prices have been lower but this is obviously going to be a retest of the March low and maybe even a lower low. 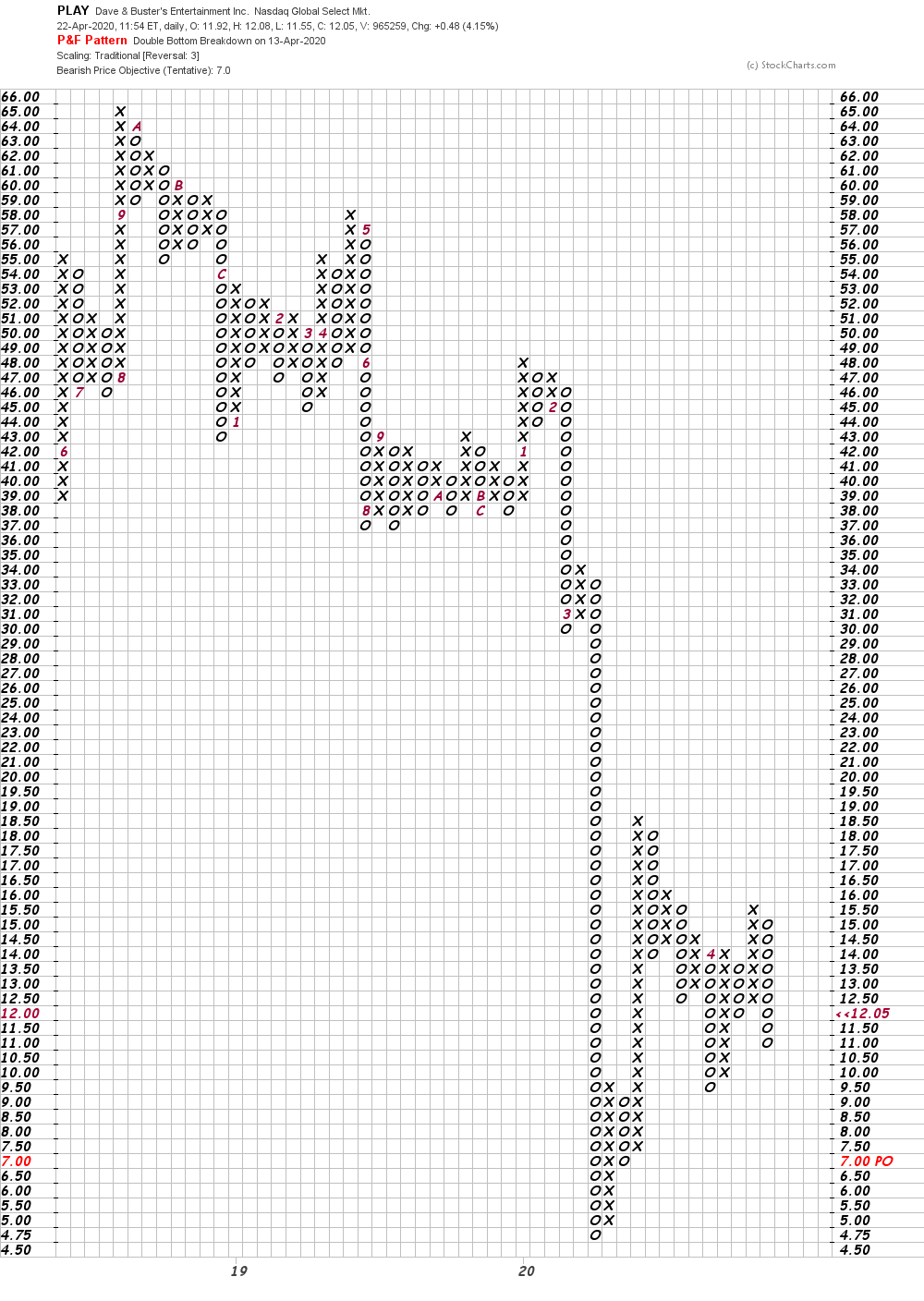 Bottom line strategy: While it might be nice to look forward to an evening of games and bar food, the reality of our new normal may mean this becomes a rare luxury. Avoid the long side of PLAY.
Get an email alert each time I write an article for Real Money. Click the "+Follow" next to my byline to this article.
TAGS: Investing | Stocks | Technical Analysis | Trading | Digital Entertainment | Restaurants | Mad Money | Coronavirus