When the markets get volatile, it's time to circle back to defensive stocks we know are doing well according to Jim Cramer. During his Mad Money program Monday night he looked at Molson Coors Brewing Co. (TAP) , which managed to rally that day. Coors has been falling out of favor as the company doubled down on mass market beers at precisely the time consumers began abandoning mass market beverages in favor of craft brews.

But Cramer noted the company gave strong guidance when it reported in August and delivered better-than-expected results this quarter. While it's not likely that domestic beer volumes will recover, Cramer said Coors' international sales remain strong and the company is aggressively cutting costs to right-size the business. Coors is also betting on the Canadian cannabis market. That's the fundamental story in a nutshell. Let's take a look at the charts and indicators.

In this daily bar chart of TAP, below, we can see some bullish signals and some bullish divergences working in favor of the bulls. TAP is still in a downtrend but prices have rallied above the flat 50-day moving average line and is just below the declining 200-day line. Even though prices made a lower low in October the daily On-Balance-Volume (OBV) line made a higher low. The OBV line has turned up along with prices signaling more aggressive buying. The Moving Average Convergence Divergence (MACD) oscillator also made a higher low in late October and has since moved above the zero line for an outright go long signal.

In this weekly bar chart of TAP, below, we can see that prices are just below the declining 40-week moving average line. A close above the line will be a meaningful positive change. The weekly OBV line has been improving since May. The weekly MACD oscillator gave another cover shorts buy signal.

In this Point and Figure chart of TAP, below, we can see an upside price target of $90. 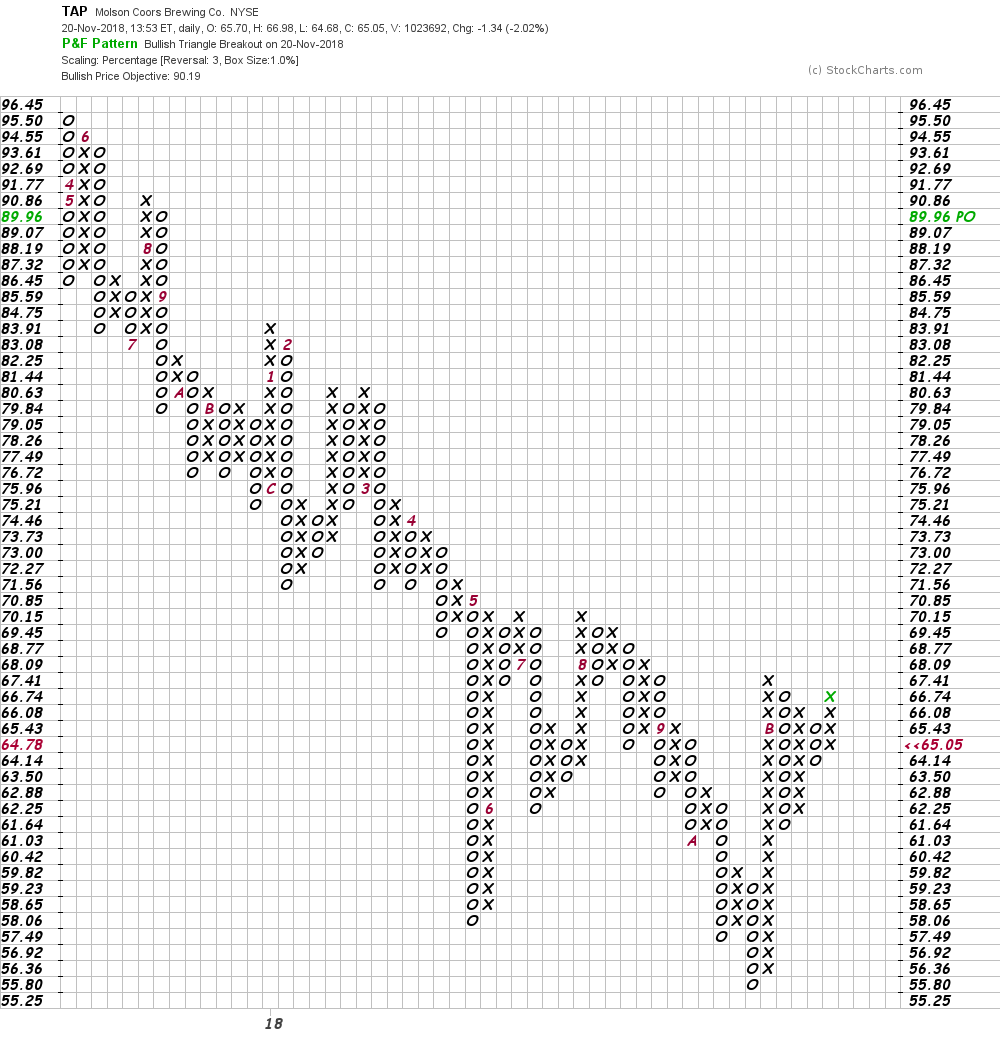 Bottom line strategy: traders and investors could go long TAP at current levels and on strength. Risk below $60 and look for $90 longer-term.