Shares of Microsoft Corp (MSFT) were rated a new buy at a sell side firm Wednesday with a $370 price target. In our April 1 review of MSFT we wrote that "Traders should avoid the long side of MSFT. Weakness back below the 50-day and 200-day moving averages is likely to precipitate further declines." Let's check the charts again.

In this daily bar chart of MSFT, below, we can see that prices have been weak since early April. MSFT traded down to a low around mid-June. Prices tested the underside of the declining 50-day moving average line the other day and so far the line acted as resistance. The slope of the 200-day line is negative.

The On-Balance-Volume (OBV) line shows a decline from February to the middle of June but it may be too early to declare that the weakness is over.
The Moving Average Convergence Divergence (MACD) oscillator made a low in May and a higher low in June which represents a bullish divergence as prices made a lower low in June. The oscillator is pointed up but is still below the zero line and not in bullish territory.

In this weekly Japanese candlestick chart of MSFT, below, we can see a bottom reversal pattern in late May/early June. Prices are still below the declining 40-week moving average line. The weekly OBV line shows a decline from November to the middle of June where some stabilization has begun. The MACD oscillator has been narrowing towards a potential cover shorts buy signal.

In this daily Point and Figure chart of MSFT, below, we can see a potential downside price target in the $208 area. Strength above $276 will change the picture. 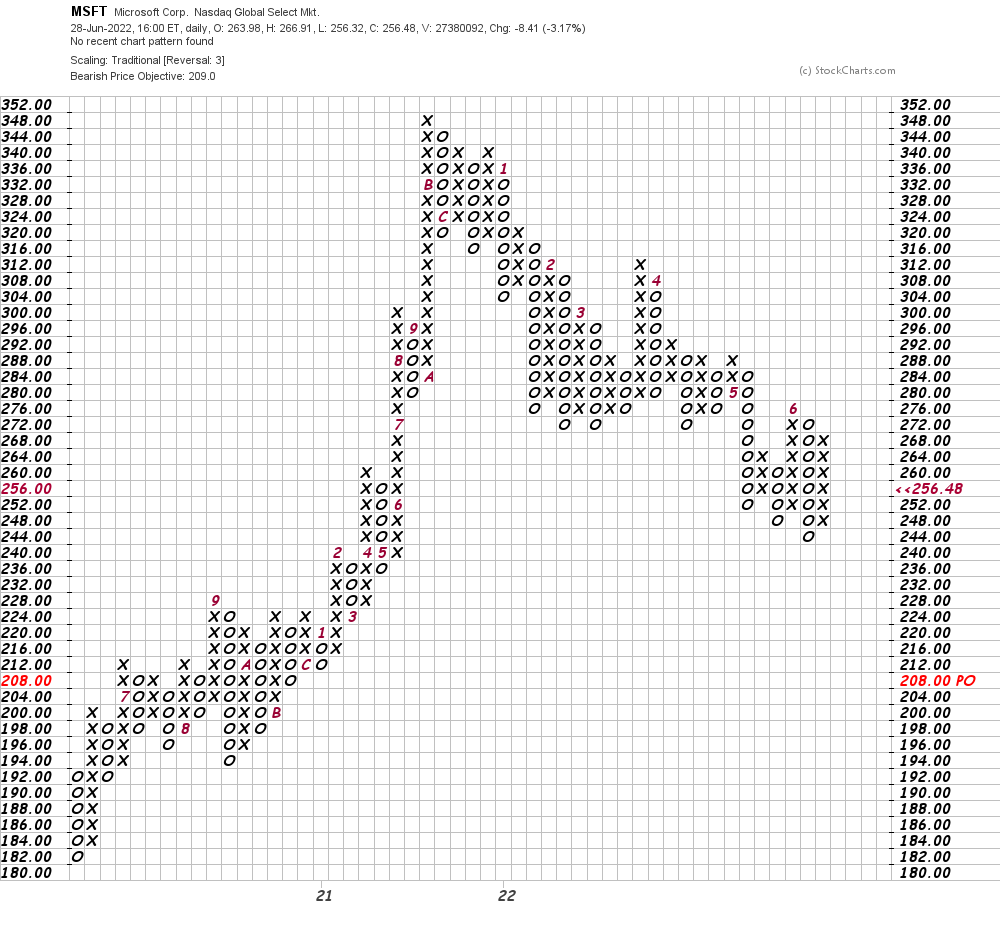 In this weekly Point and Figure chart of MSFT, below, we can see a $205 area. 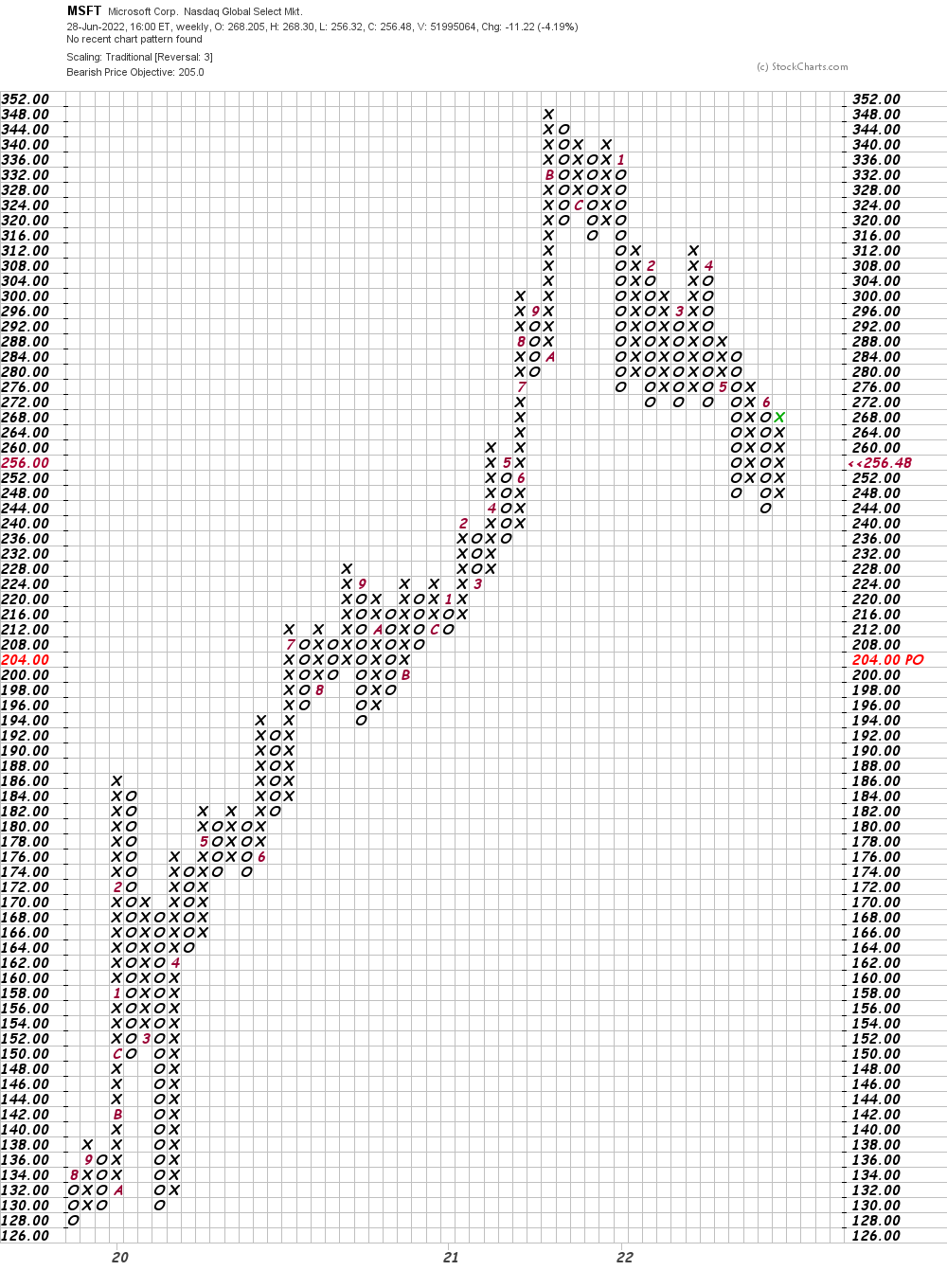 Bottom line strategy: It looks like MSFT is in the process of making a low and maybe an interim bottom. Instead of further declines, over the next several weeks we are likely to see a rally unfold. Aggressive traders could go long MSFT in the $255 area risking to $242. Look for a rally to the $300 area.

Get an email alert each time I write an article for Real Money. Click the "+Follow" next to my byline to this article.
TAGS: Investing | Stocks | Technical Analysis | Trading | Software & Services | Technology | Technology Hardware & Equipment | Analyst Actions