The trading volume has declined over the past two months and the On-Balance-Volume (OBV) line has moved sideways which suggests a temporary balance between aggressive buying and aggressive selling.

The Moving Average Convergence Divergence (MACD) oscillator has narrowed in recent days and could soon cross to the downside for another take profits sell signal.

In this weekly bar chart of MSFT, below, we can see that some weakness has crept into the chart. Prices are still in an uptrend above the rising 40-week moving average line.
The weekly OBV line has been stalled the past four months. The MACD oscillator is declining from above the zero line. The trend is weakening.

In this Point and Figure chart of MSFT, below, we used daily price data. The price action is being "read" as bearish by the software which projects a potential downside price target around $161. 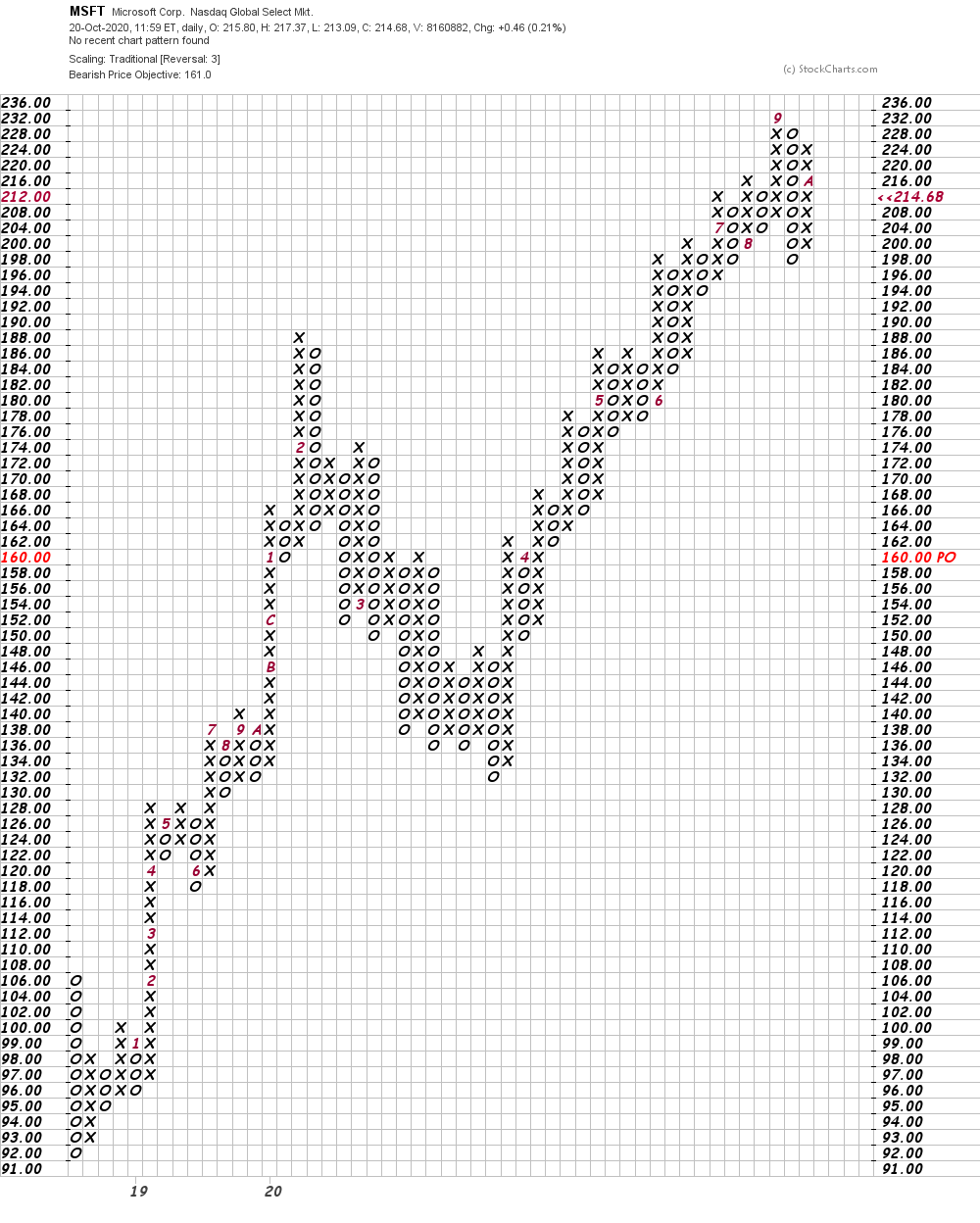 Bottom line strategy: MSFT has been a key stock in the tech rally but it has behaved differently since early September. Prices pulled back and rebounded into October. Prices stopped short of the September peak and appear to be rolling over again to the downside. A weekly close below $200 would be negative and open the way for declines to the $160 area.

Get an email alert each time I write an article for Real Money. Click the "+Follow" next to my byline to this article.
TAGS: Investing | Markets | Stocks | Technical Analysis | Trading | Software & Services | Technology | Technology Hardware & Equipment | Advertising | Bill Gates