Jim Cramer answered callers in rapid succession during the Mad Money "Lightning Round" Wednesday evening. One caller asked about Micron Technology (MU) : "This is a great opportunity to get in," Cramer replied.

In this daily bar chart of MU, below, we can see that prices were nearly cut in half in February-March. Prices have recovered in an up and down fashion until a high in early June.

The price action the past four weeks has largely been sideways in what technical analysts call an equilateral triangle. Triangles are typically continuation patterns in that the trend prior to the pattern is often continued after the pattern completes. MU is close to its apex so an upside break is coming soon.

The slopes of the 50-day moving average and the 200-day moving are positive so math is on the side of the bulls.

The On-Balance-Volume (OBV) has been trending higher since March telling us that buyers are more aggressive, even when prices move sideways.

In this weekly candlestick chart of MU, below, we can see a bullish hammer pattern at the bottom in March but more recently I notice the number of lower shadows in the past two months. The lower shadows outnumber the upper shadows and I consider that a subtle sign of strength.

The 40-week moving average is pointed up and the weekly OBV line is improving. The MACD oscillator is ready to cross the zero line for an outright buy signal.

In this daily Point and Figure chart of MU, below, we can see the equilateral triangle using X's and O's. If you become experienced at looking at Point and Figure charts you will be able to notice that there is more activity in the lower half of this triangle than the upper half - a sign of accumulation or buying.

The chart is projecting an upside price target of $60. 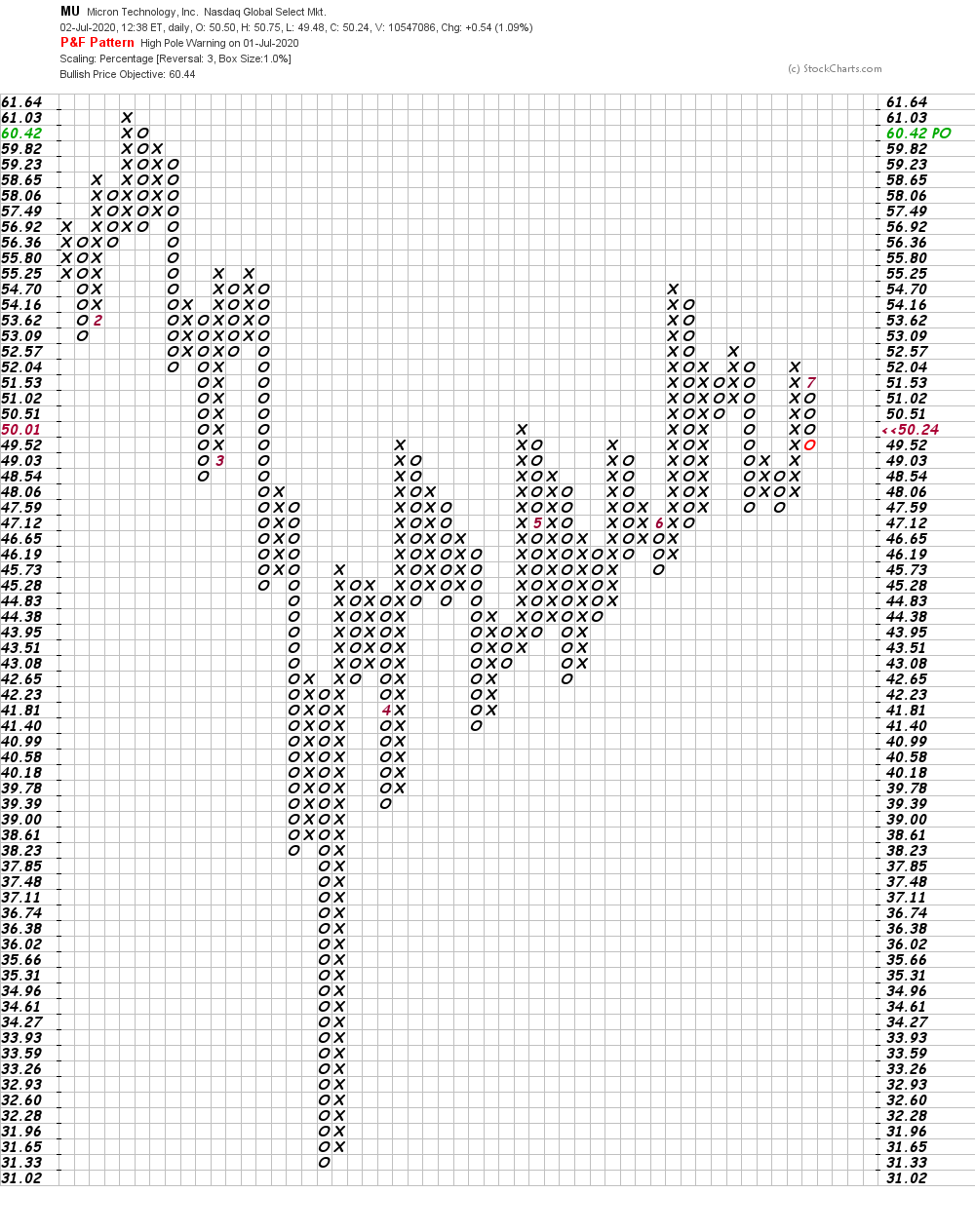 In this weekly Point and Figure chart of MU, below, we can see an upside price target of $69 or a new high. 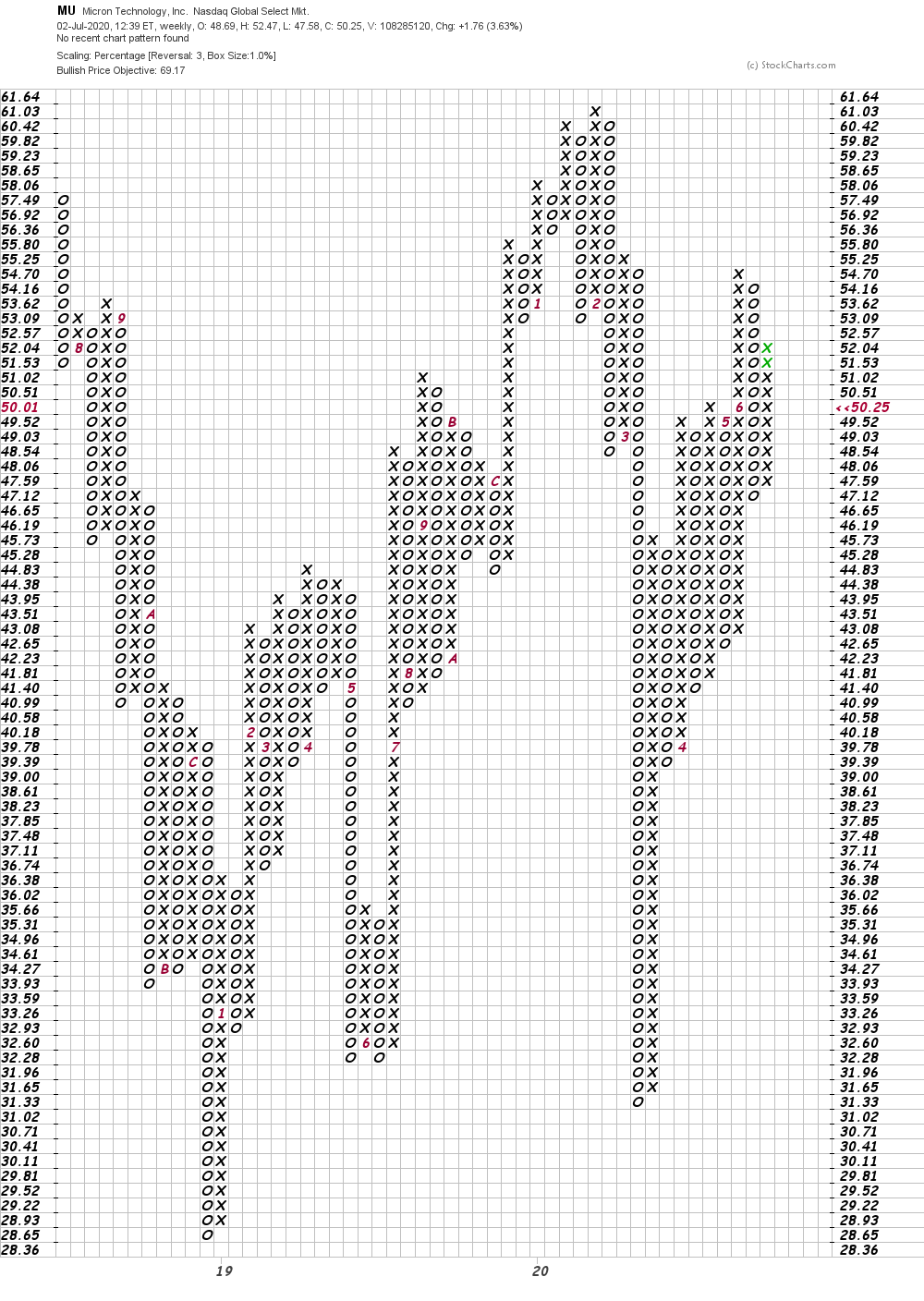 Bottom line strategy: With so many bullish clues it's easy to recommend a long position on MU. Go long at current levels risking a close below $46 which is the lowest point of the triangle. $60 and $69 are our price targets for now.

Get an email alert each time I write an article for Real Money. Click the "+Follow" next to my byline to this article.
TAGS: Investing | Stocks | Technical Analysis | Trading | Semiconductors & Semiconductor Equipment | Technology | Mad Money

Revlon Is Heading for a Retest of 2009's Lows

I would not anticipate a Cinderella ending.