Even though it's August, it's time for some spring cleaning.

Based on recent price action, we've changed our stance from bearish to bullish. The technical reasons for this change can be found here.

It's time to update a few of our trades:

Breaking Up With Bumble

On July 7, we bought Bumble (BMBL) (point A). On that day, the stock closed at $34.37, a five-month high. An attractive chart, combined with the theory that dating apps would be immune to any potential recession, provided the basis for the trade.

By the July 29 close, the stock had climbed by over 10% (point B). Things were looking good until the August 10 close, when Bumble reduced its annual revenue forecast. The company cited stiff competition from Match Group (MTCH) , and reduced usage of its European sister app, Badoo, due to the war in Ukraine.

Despite the stock's 7% drop on Thursday, we were able to get out with a minimal loss of about $2.25 per share (point C). 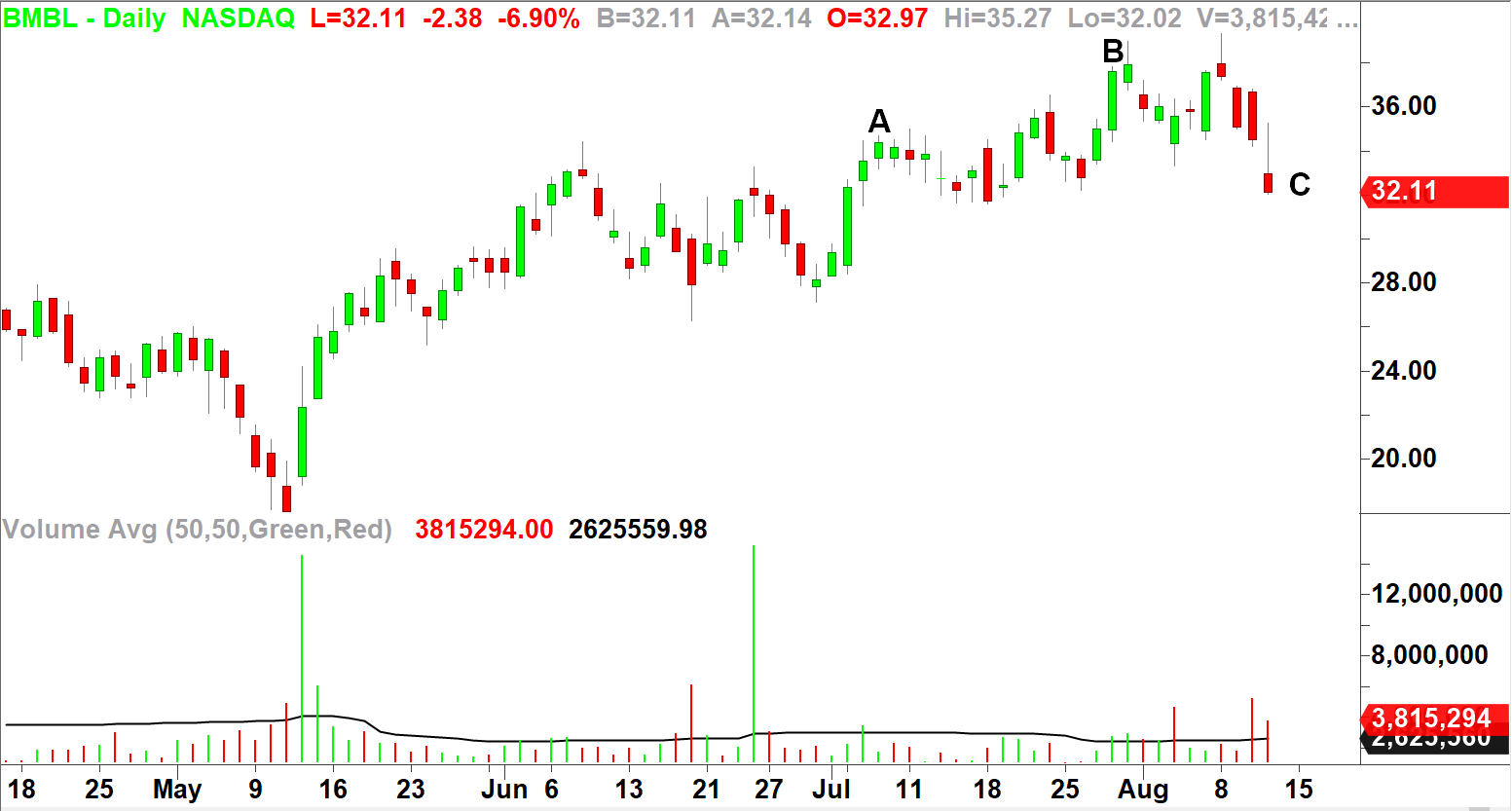 On July 28, I wrote about Meta Platforms (META) , and why the stock had additional downside. The social media giant recently experienced its first quarterly decline in revenue since its IPO in May 2012.

I don't like this stock any more today than I did in July. However, I do like the large-cap tech sector a great deal more than earlier. It's my belief that strength in the Nasdaq, which reached a three-month high this week, will drag Meta higher. 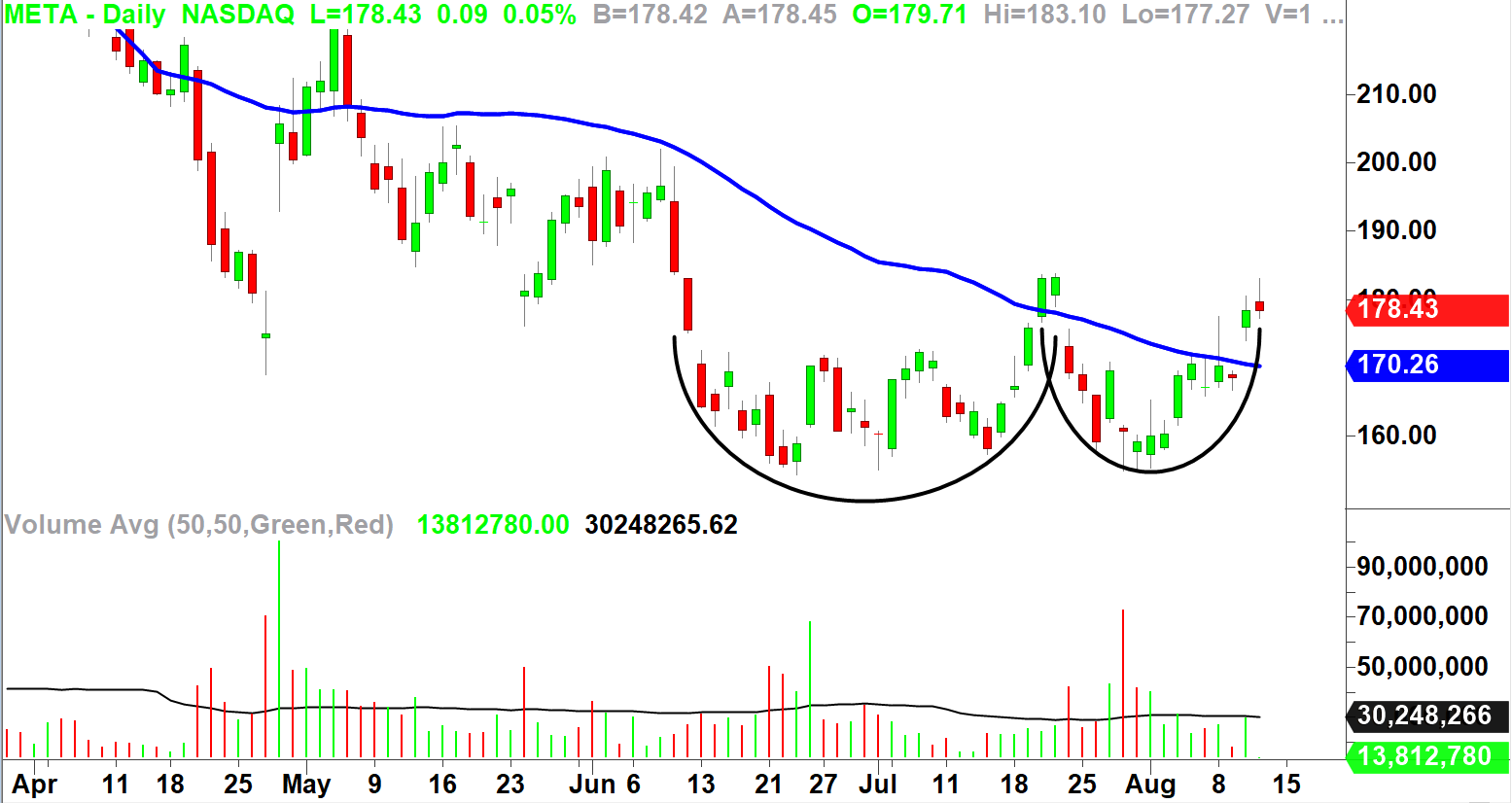 Although Meta has underperformed the major indexes, the stock has formed a double-bottom pattern (curved lines). This bullish formation projects Meta to the $200 area. Meta has also managed to climb above its 50-day moving average (blue), which has been an obstacle in recent months.

On July 19, we provided the following setup for gold: 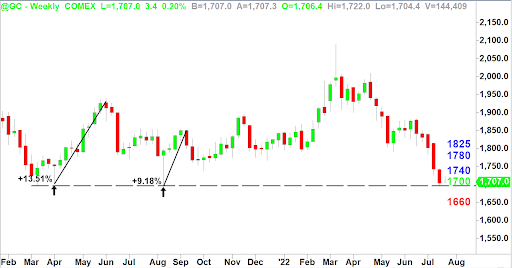 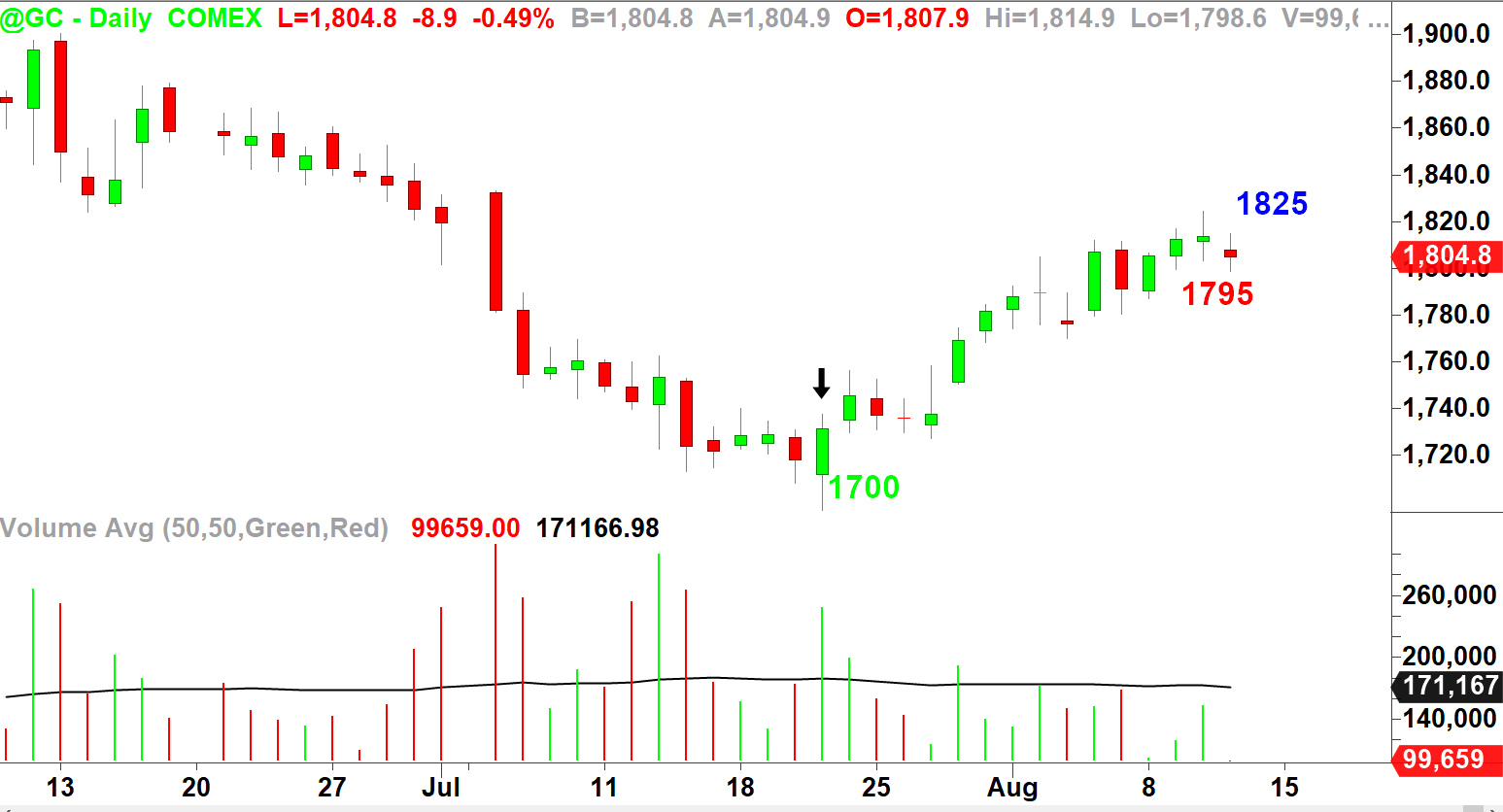 Get an email alert each time I write an article for Real Money. Click the "+Follow" next to my byline to this article.
TAGS: Futures | Gold | Investing | Markets | Stocks | Trading | U.S. Equity