McDonald's Corp. (MCD) is in the news today following the firing of CEO Steve Easterbrook after a consensual relationship he had with an employee violated company policy.

The stock has been down all day and we could see prices fall further in the weeks ahead.

In this daily bar chart of MCD, below, we can see that prices began to weaken in September by closing below the cresting 50-day moving average line. The rising 200-day moving average line was broken around the middle of October. Trading volume turned heavy in the second half of October as traders skipped the drive up window and increased their selling.
The daily On-Balance-Volume (OBV) line turned lower at the beginning of October telling us that sellers were more aggressive.
The trend-following Moving Average Convergence Divergence (MACD) oscillator broke below the zero line in September generating an outright sell signal.

In this weekly bar chart of MCD, below, we can see that prices have broken below the rising 40-week moving average line. Looking at the chart from right to left we can see that the $190-$170 area should provide some support as it was resistance on the way up (we often see a reversal of roles in the markets where former resistance becomes new support).
The weekly OBV line has turned lower from early August telling us that sellers became more aggressive on MCD well before the news from the C-suite.
The weekly MACD oscillator crossed to the downside at the beginning of September for a take profits sell signal.

In this Point and Figure chart of MCD, below, a $177 price target is being projected. 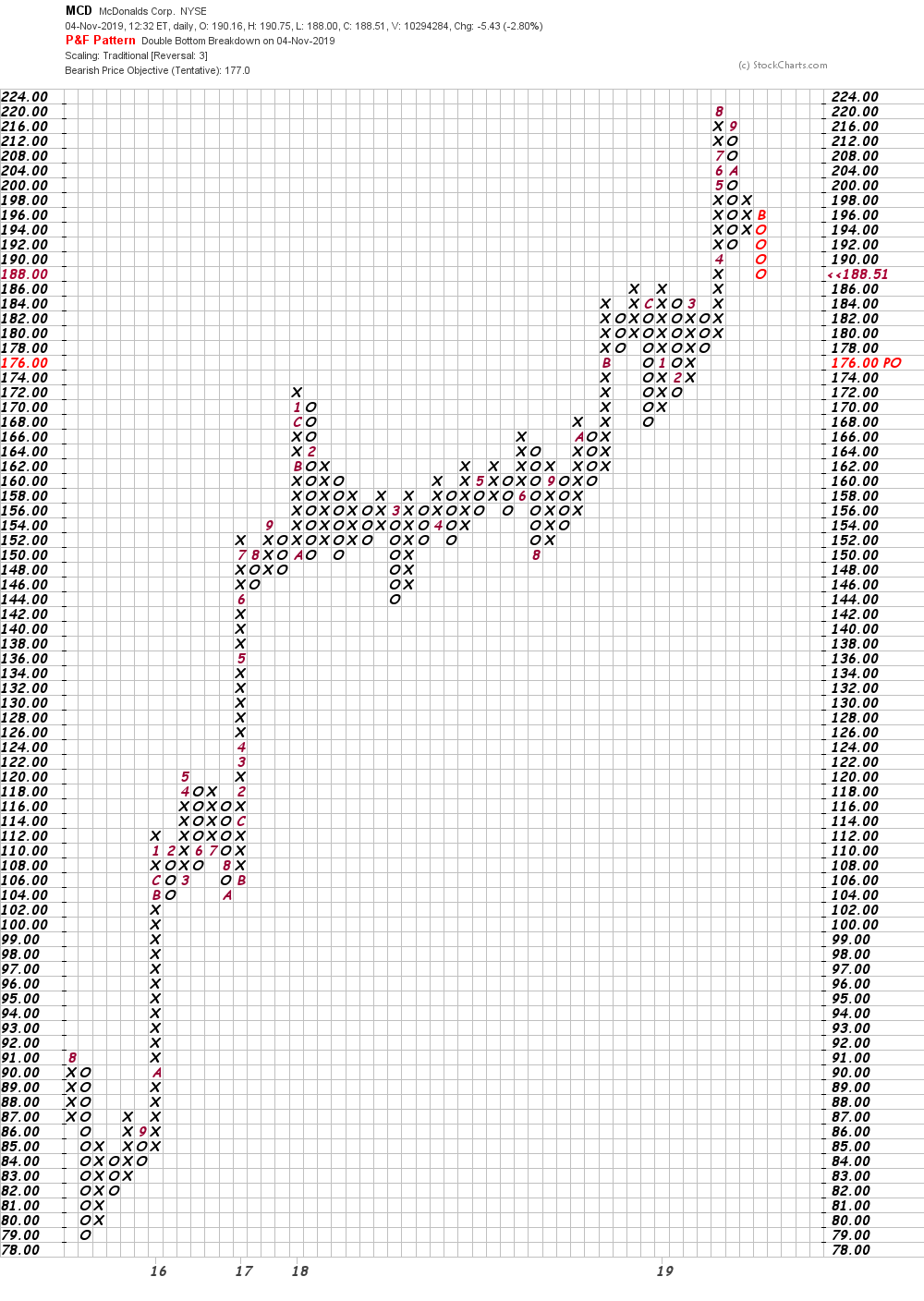 Bottom line strategy: Traders and investors who are interested in going long MCD should hold off until support is found and a low is established.
Get an email alert each time I write an article for Real Money. Click the "+Follow" next to my byline to this article.
TAGS: Investing | Stocks | Technical Analysis | Trading | Food & Drink | Restaurants

Better Batten Down the Hatches to Weather the Market Storm

The market ended up suffering some very classic corrective action on Monday, and now's no time to buy.

Will Apple Prove a Leader? Wait and See

Watch whether AAPL declines less than the S&P 500 and if we can spot a bullish candle pattern.