Kurzius said the demand for flavor remains strong, and as the price of dining out continues to soar, consumers are once again opting to cook at home, which involves lots of spices and sauces from McCormick.

McCormick isn't sitting still, Kurzius added, his company is keeping up with new home cooking technology like air fryers and Instant Pots and developing all new blends for these devices so you'll get great results.

When asked about cost inflation, Kurzius admitted that he doesn't see an end to transportation costs anytime soon. Transportation remains one of three vital components for McCormick, which also includes raw materials and packaging. All three are on the rise.

(For more, see Take a Position in McCormick? Here's What Traders Could Do)

We looked at the charts of MKC on January 22 and wrote that "If you are looking for a long idea in this bearish market environment, MKC might be it. Traders who have a high cash position could nibble at the long side of MKC around $97 if available. Risk to $93. The $113 area is our first price target. Add to longs when MKC breaks above its 2020 zenith."

In this daily bar chart of MKC, below, we can see that prices have been volatile in recent weeks. MKC dipped to $97 and then fell further to $92 so that trade idea was a bust. Prices spiked up near $108 in early March and then reacted back to the $96 area. MKC has crisscrossed around the 50-day moving average line and the slope is neutral now. The 200-day line is still rising. Trading volume has been "lumpy" but declining from late November.

The On-Balance-Volume (OBV) line has been choppy the past three months or so. The Moving Average Convergence Divergence (MACD) oscillator has made lower highs from December to February to March for a bearish divergence when compared to the price action.

In this weekly Japanese candlestick chart of MKC, below, we see a mixed picture. A large upper shadow can be seen above $103 in early March and we can also see a couple large lower shadows below $95 in January and February. The slope of the 40-week moving average line is positive.

The weekly OBV line shows weakness the past two months. The MACD oscillator is crossing to the downside for a take profit sell signal.

In this daily Point and Figure chart of MKC, below, we can see a potential price target of $122. A trade at $93 or $92 is likely to weaken the picture. 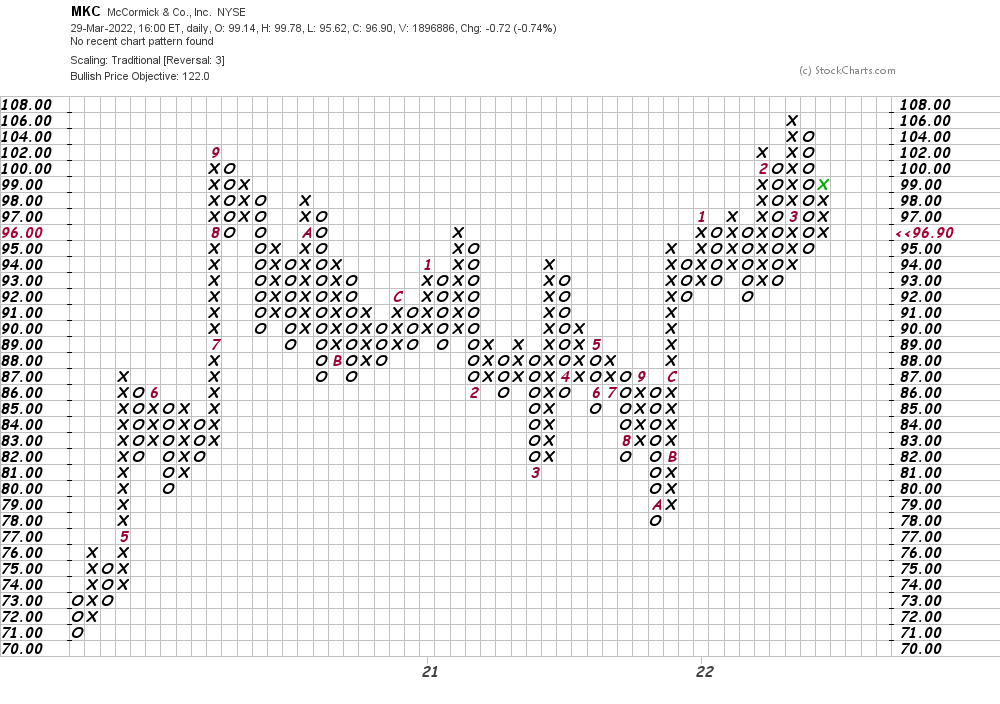 In this weekly Point and Figure chart of MKC, below, a price objective of $129 is shown. 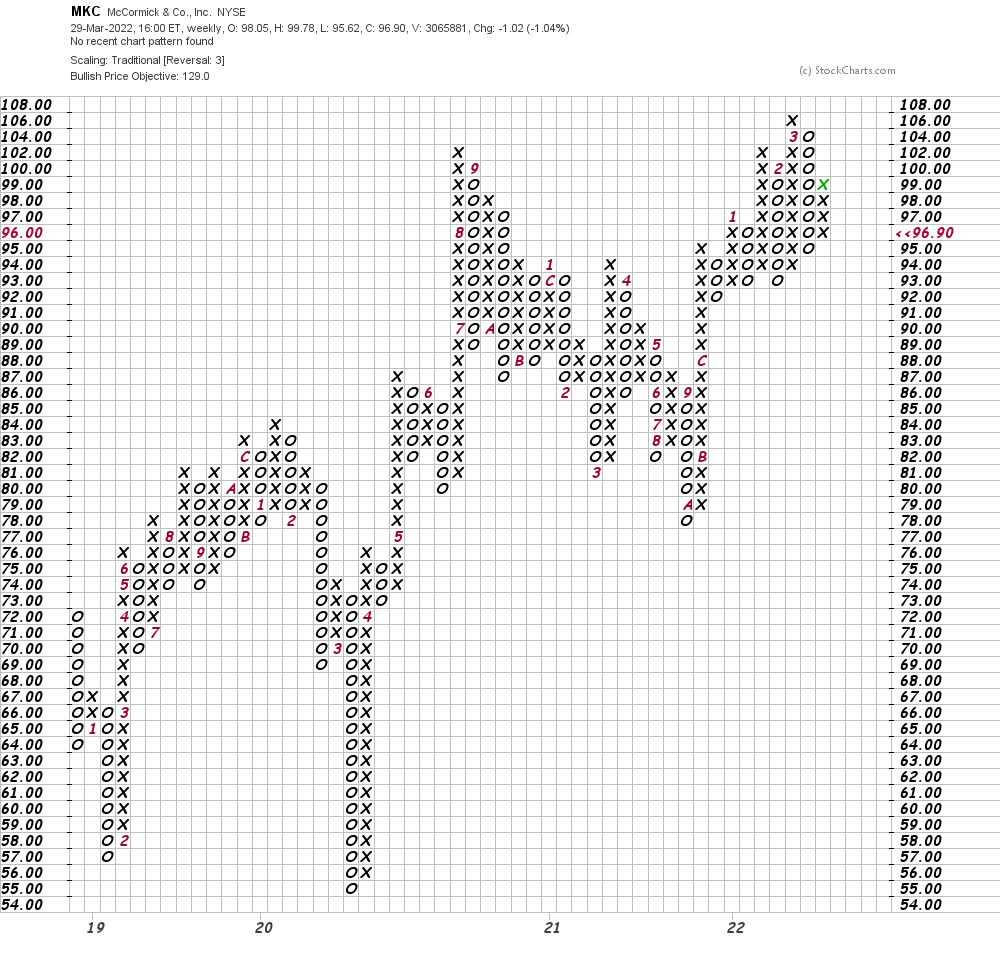 Bottom line strategy: The charts and indicators of MKC do not show us a consistent positive picture. I am recommending standing aside for a while and then coming back to the spice aisle in a few weeks for another look.

Get an email alert each time I write an article for Real Money. Click the "+Follow" next to my byline to this article.
TAGS: Investing | Stocks | Technical Analysis | Trading | Food & Staples Retail | Mad Money | Executive Interview | Consumer Discretionary