Kiani admitted that Masimo could have done better had the company not been stricken by supply chain woes, but he said conditions are improving and he's bullish about the future.

Kiani was also bullish on Masimo's acquisition of Sound United, which he hopes will usher in the next generation of hearing assistive devices. There are "incredible opportunities to improve hearing," he said.

Let's pay a visit to the charts and indicators.

In this weekly Japanese candlestick chart of MASI, below, we can see a mixed but improving picture. Prices declined sharply and on this chart the price gap disappears. The decline is now extended below the negatively sloped 40-week moving average line. Trading volume has been heavy in the past three to four months suggesting we may have seen some "throw in the towel" selling.

The OBV line shows a decline from December to late April with an upturn starting in May. The MACD oscillator has narrowed and is close to an upside crossover and cover shorts buy signal.

In this daily Point and Figure chart of MASI, below, we can see an upside price target in the $165 area. 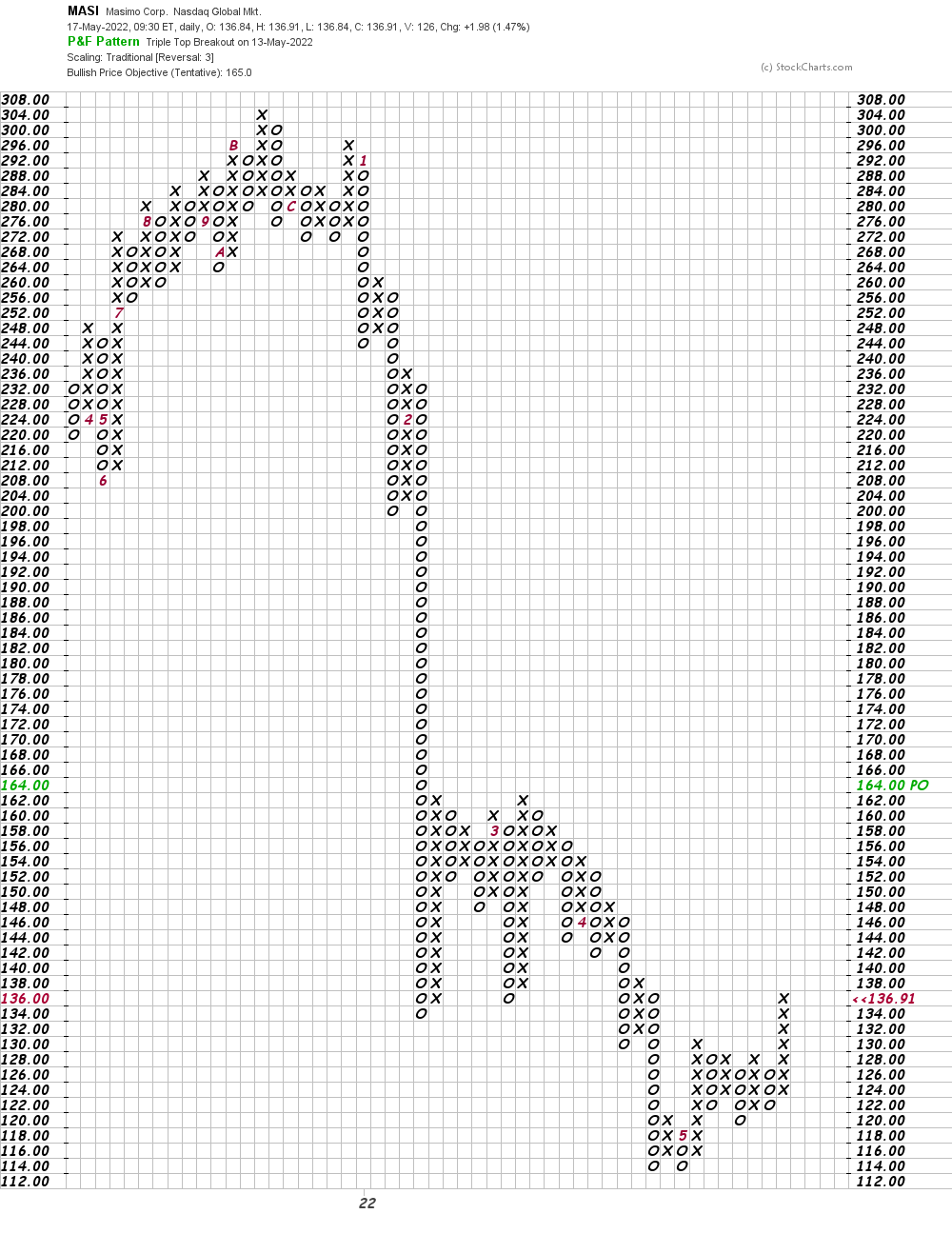 In this weekly Point and Figure chart of MASI, below, we can see a downside price target in the $65 area. 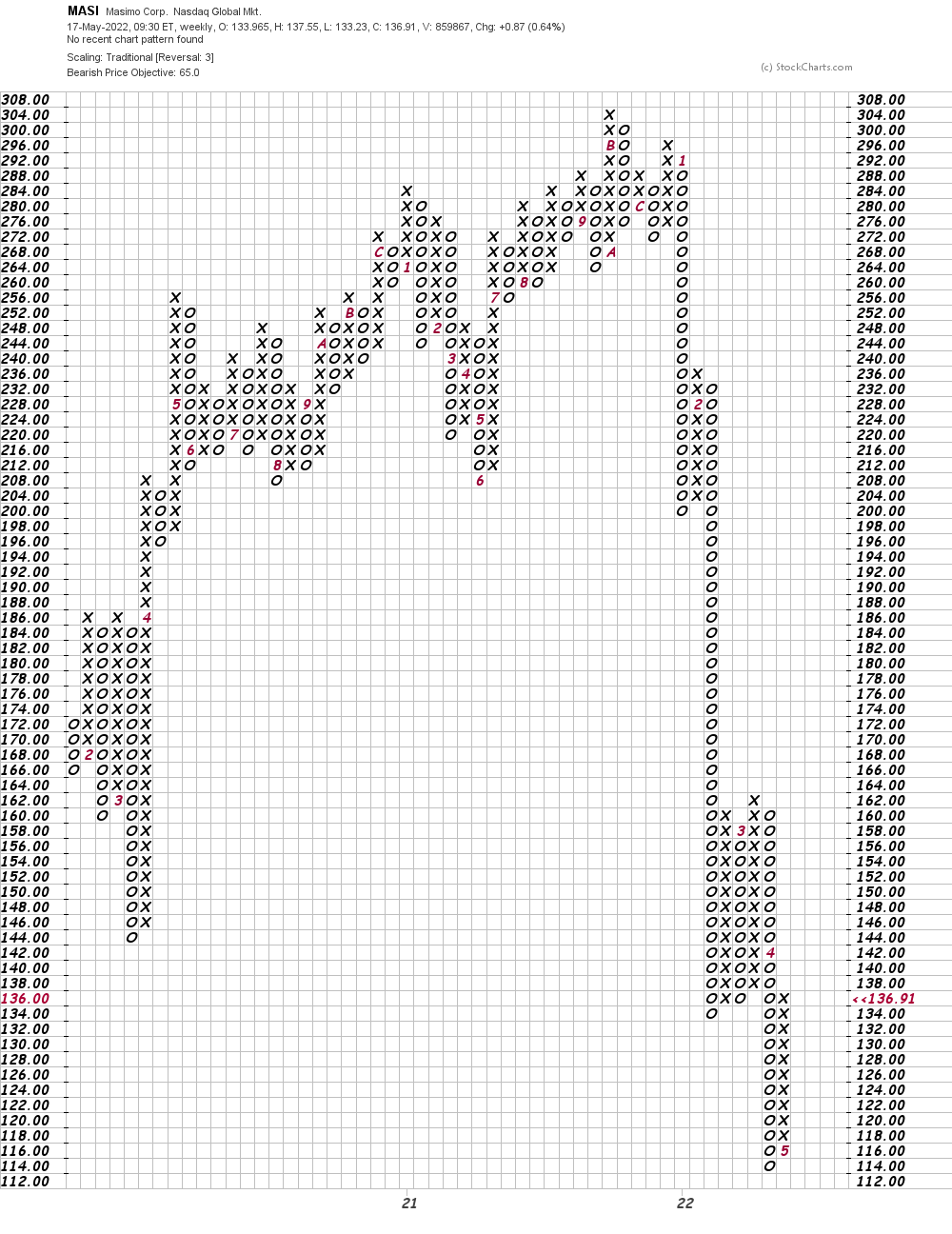 Bottom line strategy: There are enough bullish clues on the charts to anticipate a recovery rebound for MASI. Aggressive traders could go long MASI at current levels risking to $124. A rebound to $165 and maybe higher is possible in the next few weeks. Do not overstay your welcome.

Get an email alert each time I write an article for Real Money. Click the "+Follow" next to my byline to this article.
TAGS: Investing | Stocks | Technical Analysis | Trading | Health Care Equipment & Services | Life Sciences | Mad Money | Executive Interview

What Can We Learn From Chegg's Charts?

Let's open the books and look inside.