In his 'No-Huddle Offense' segment of Mad Money Tuesday night, Jim Cramer pondered what the stock market would look like with a $1 trillion infrastructure package, like the one President Trump is reportedly considering. If such a bill should get passed just before an election, Cramer said it could be a boon for Vulcan Materials (VMC) and Martin Marietta Materials (MLM) .

Of the two, Cramer preferred Martin Marietta. Let's check out the charts of MLM.

In this daily bar chart of MLM, below, we can see that prices were cut in half from February to March. MLM rebounded from the middle of March and quickly retested the underside of the declining 50-day moving average line.

MLM then retreated to the middle of May in what should be considered a retest of the March low. Prices then rallied into early June and broke above the April high creating an uptrend - higher highs and higher lows. The slope of the 50-day moving average line is now bullish.

The daily On-Balance-Volume (OBV) line has been moving sideways from March and has turned higher from May, telling us that buyers of MLM have become more aggressive.

In this weekly bar chart of MLM, below, we can see the progress of a turnaround to the upside. Prices are still below the declining 40-week moving average line but they have rallied back more than half of the prior decline putting the bears on the defensive.

The weekly OBV line has begun to improve and the MACD oscillator has crossed to the upside for a cover shorts buy signal.

In this daily Point and Figure chart of MLM, below, we can see a potential upside price target of $282. Not bad. 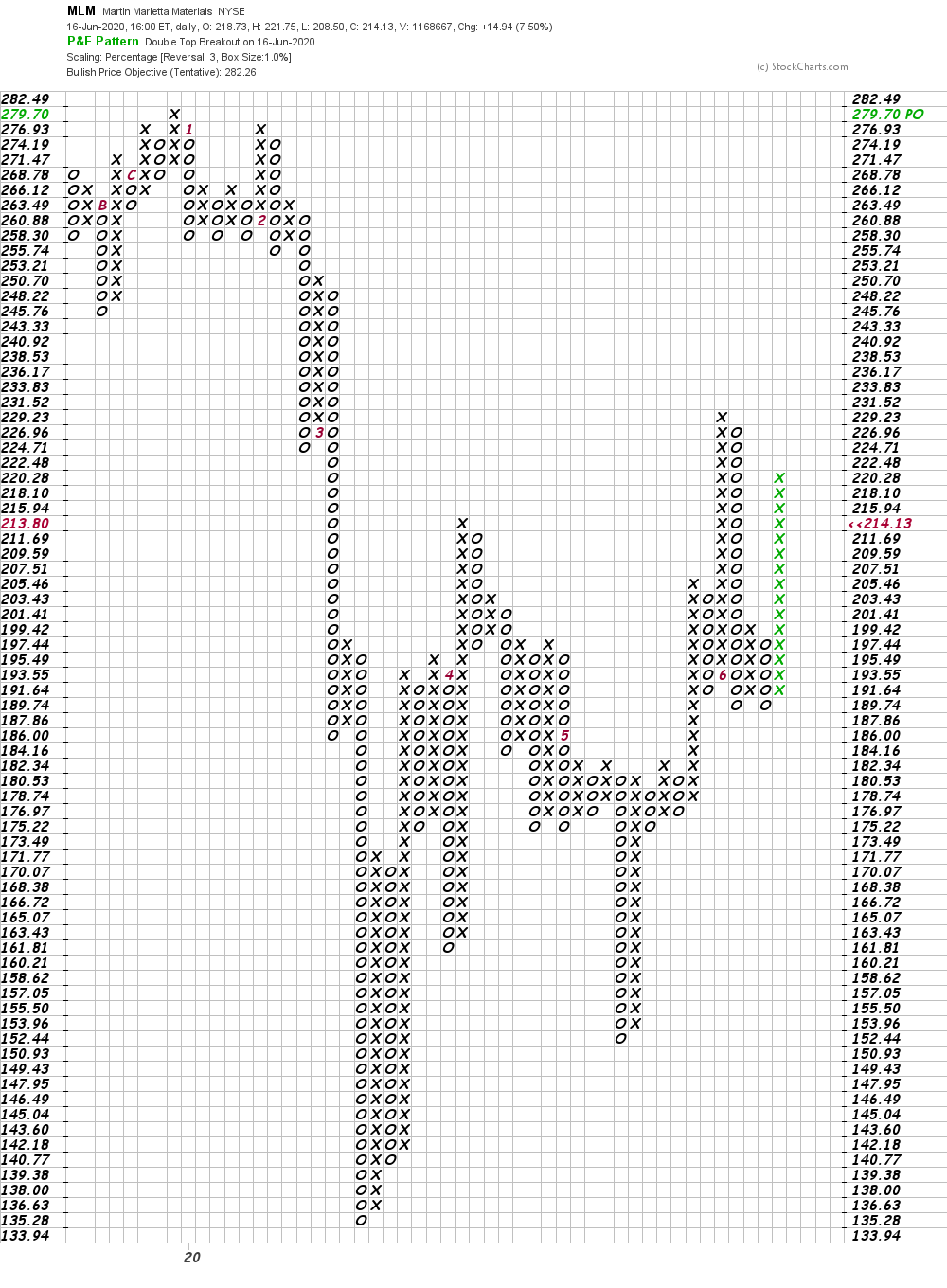 Get an email alert each time I write an article for Real Money. Click the "+Follow" next to my byline to this article.
TAGS: Economy | Investing | Markets | Stocks | Technical Analysis | Trading | Construction & Engineering | Manufacturing | Mad Money

The indicators haven't moved, and look how lifeless this week's oversold rally has been.