The indices are showing modest gains early this afternoon, which is notable, given the late reversal yesterday and some concerning comments with two earnings reports.

Caterpillar  (CAT)  , which said that the poor results were driven by a reduction in dealer inventories in response to lower end-user demand, and Texas Instruments (TXN)  , whose miss, management said, was the result of broad weakness amongst their customers, indicating larger issues are at play.

We'll see if those comments are echoed as other large companies report, but one thing you can almost always count on is that every four months or so, earnings season uncovers a new crop of winners.

One name that investors are cheering today is label and packaging material-maker Avery Dennison (AVY) , whose earning might not have been remarkably stellar, revenues were flat year-over-year at $1.76 billion. Earnings came in at $1.66, or $0.05 ahead of estimates, but is breaking to record highs and out of an almost-two-year inverse head and shoulder pattern. Entries may develop as the stock consolidates gains in the days ahead. The nearly 2% dividend yield doesn't hurt either. 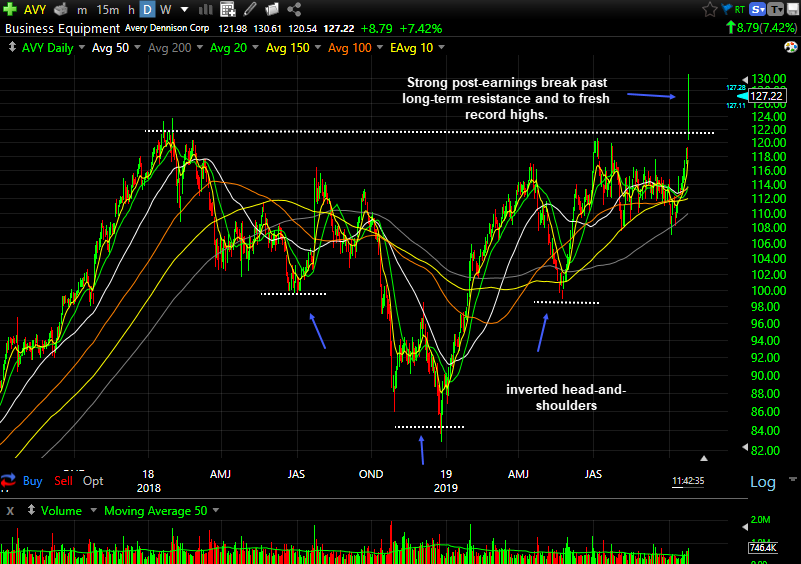 On the flip side, Exxon Mobil (XOM) , which reports on Nov. 1, remains a worrisome chart, as it eyes significant lateral support reaching back to mid-2011, which, if breached, could lead to a quick and perhaps unsustainable spike in its already high 5% yield. 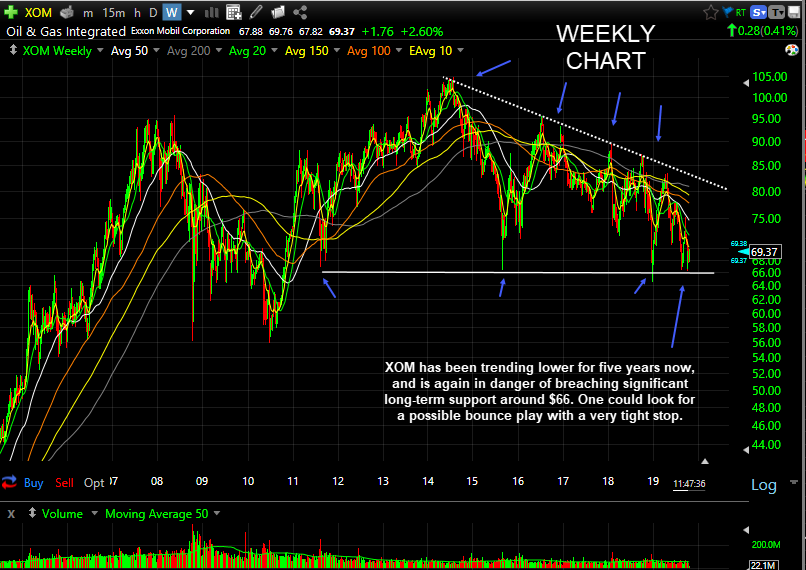 Get an email alert each time I write an article for Real Money. Click the "+Follow" next to my byline to this article.
TAGS: Earnings | Investing | Markets | Stocks | Trading