So, McDonald's (MCD) is going to experiment with a Beyond Meat (BYND) patty in 28 Canadian locations. I have so many questions.

True or not, we hear about folks wanting to go plant-based for health reasons. As it has been outlined many times, the Beyond Meat burgers don't appear to be much healthier compared to traditional meat. Of course, preparation can have a part in that, but let's assume for the moment McDonald's using similar preparation steps as it does with traditional burgers.

Now, before you fault me for making an assumption, McDonald's is a huge company that needs efficiency to make the bottom line work. Like many fast-food chains, virtually all the restaurants follow the same procedures as other restaurants. Re-inventing the wheel on prep for a specific menu item will likely result in the company dropping the product or it having a drag impact on net margins. McDonald's did not become so successful by reinventing its OWN wheel. 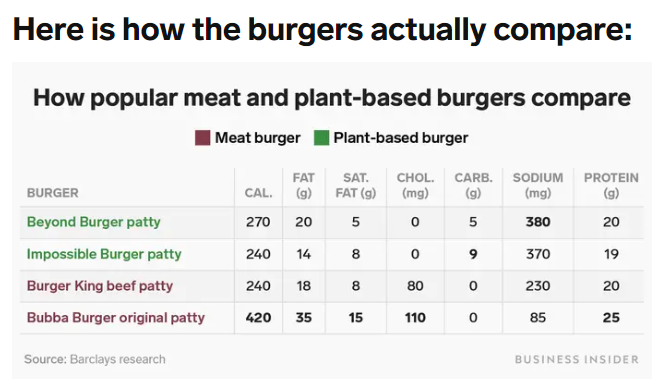 Business Insider posted a simple chart from Barclays research. If we look at the base nutrition, they found similar protein amounts with the removal of cholesterol but much higher sodium in the plant-based patty. For those thinking consumers who may begin eating a McDonald's Beyond Meat burger for health reasons, I don't see it happening.

It does give vegetarians another option to consider, but that brings up a question of preparation. If McDonald's grills the Beyond Burger patty, will they use a dedicated grill? There's no mention of it in the press release. If that doesn't occur, how are vegetarians going to feel about their plant-based burger being cooked on the same grill and even next to a beef burger? Beef grease splatters, anyone? I can see the outrage now. It's a greased powder keg waiting to be lit.

McDonald's already has plant-based burgers in Europe via a partnership with Nestle (NSRGY) , therefore, it is hard to believe Beyond Meat would get exclusivity or even access to McDonald's franchises worldwide. Granted, gaining a foothold in North America would be huge, but we're still talking limited scope and competition. Price points for a fast food restaurant are more sensitive than a dog's paw on cement in the one-hundred degree heat of the summer. This will no doubt be a premium product. 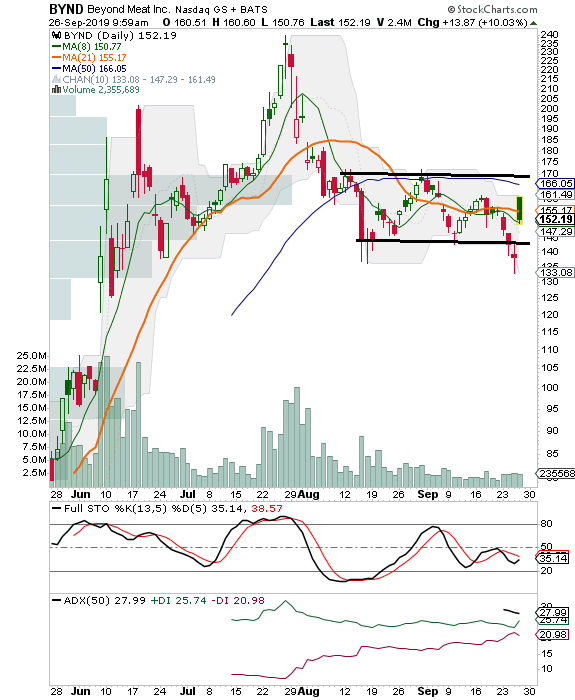 Is it okay to be a little excited if you a lover of plant-based burgers? Absolutely. Is it a reason to buy a company already pushing every known boundary of valuation versus the current total addressable market? No. Not one bit. We're back in the $145 to $170 trading range, but the gap today saved bulls from what looked to be a technical breakdown yesterday. I expect us to retrace to at least $145. From there, I'd make a decision based on what comes next. If we start to bounce, then I'd understand a long side swing trade. If we break below $142, then I'm looking for $115, if not $100.

Get an email alert each time I write an article for Real Money. Click the "+Follow" next to my byline to this article.
TAGS: Investing | Options | Stocks | Technical Analysis | Trading | Food & Drink | Restaurants

Which Is More Important -- Saying You Were 'Right' or Making Cash?

You may be correct in market predictions -- at some point -- but following the indicators and other sign posts and investing accordingly is a better bet.