Macy's (M) held its October low after it sold off following its most recent earnings release. Was it an overreaction? Was the Street disappointed and looking for more? I don't know frankly but let's see if the charts suggest anything.

In this updated daily bar chart of M, below, we see a mixed picture. Prices held the October low and rallied to the underside of the 200-day moving average line as well as the declining 200-day line. The 50-day average is crossing below the 200-day line for a bearish death cross.

The daily On-Balance-Volume (OBV) line only shows small movements - first with a decline and then a partial recovery. Do we say that the selling was well absorbed or that the recovery has lacked aggressive buying?

The trend following Moving Average Convergence Divergence (MACD) oscillator is poised for a cover shorts signal and then maybe a go long signal.

In this weekly chart of M, below, we can see M trading around the 40-week moving average line.

The weekly OBV line has been moving sideways for several months now but the MACD oscillator is very close to the zero line.

In this Point and Figure chart of M, below, we can see a downside price target of $26 being projected. 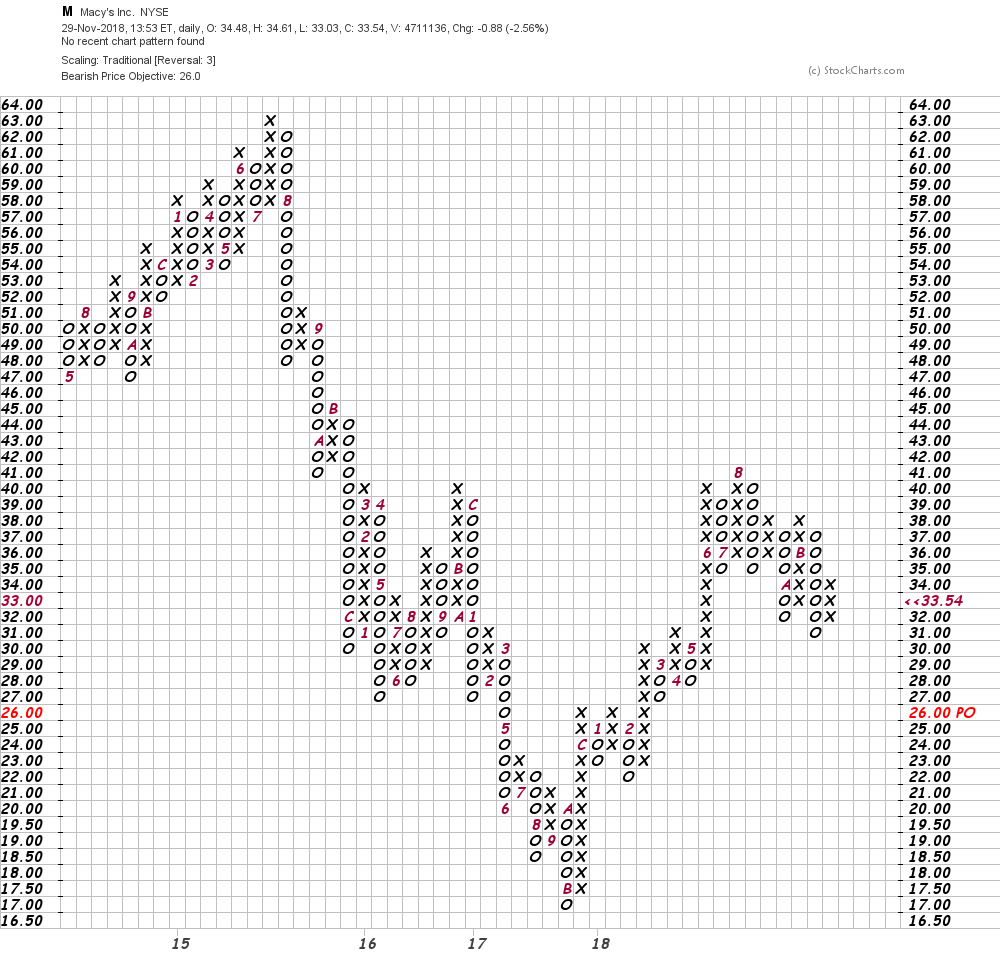 Bottom line strategy: M made its highs for the year in June and August. Prices have retreated but they have not crumbled. Are prices going to muddle along until we are closer to the next earnings report? I am not confident of the upside but would give a slight edge to the bears.

Get an email alert each time I write an article for Real Money. Click the "+Follow" next to my byline to this article.
TAGS: Investing | Retail | Consumer Discretionary