Lululemon Athletica (LULU) has been a big winner for longs over the past three years but the price action and our favorite indicators have been weakening lately. Let's see if "things" fit as good as before.

In this daily bar chart of LULU, below, we can see an uptrend from late December. Prices tested the rising 50-day moving average line a couple of times and each test was followed by a rally and strong volume.

LULU has been testing the 50-day line this month but the volume has been weak and so far there isn't another move higher.

The daily On-Balance-Volume (OBV) line has been declining from early July which is different from the prior two tests of the moving average in March and late May.

The Moving Average Convergence Divergence (MACD) oscillator is also behaving differently with a lower high in July than in April along with the oscillator moving below the zero line.

In this weekly bar chart of LULU, below, we can see a mixed picture. Prices are above the rising 40-week moving average line.

The weekly OBV line has stalled in the past couple of months which is a bearish divergence when compared to prices.

The MACD oscillator is crossing to the downside at a much lower level than in September of last year.

In this Point and Figure chart of LULU, below, the software is now projecting a downside price target of $152 - a couple sizes lower than where we are. 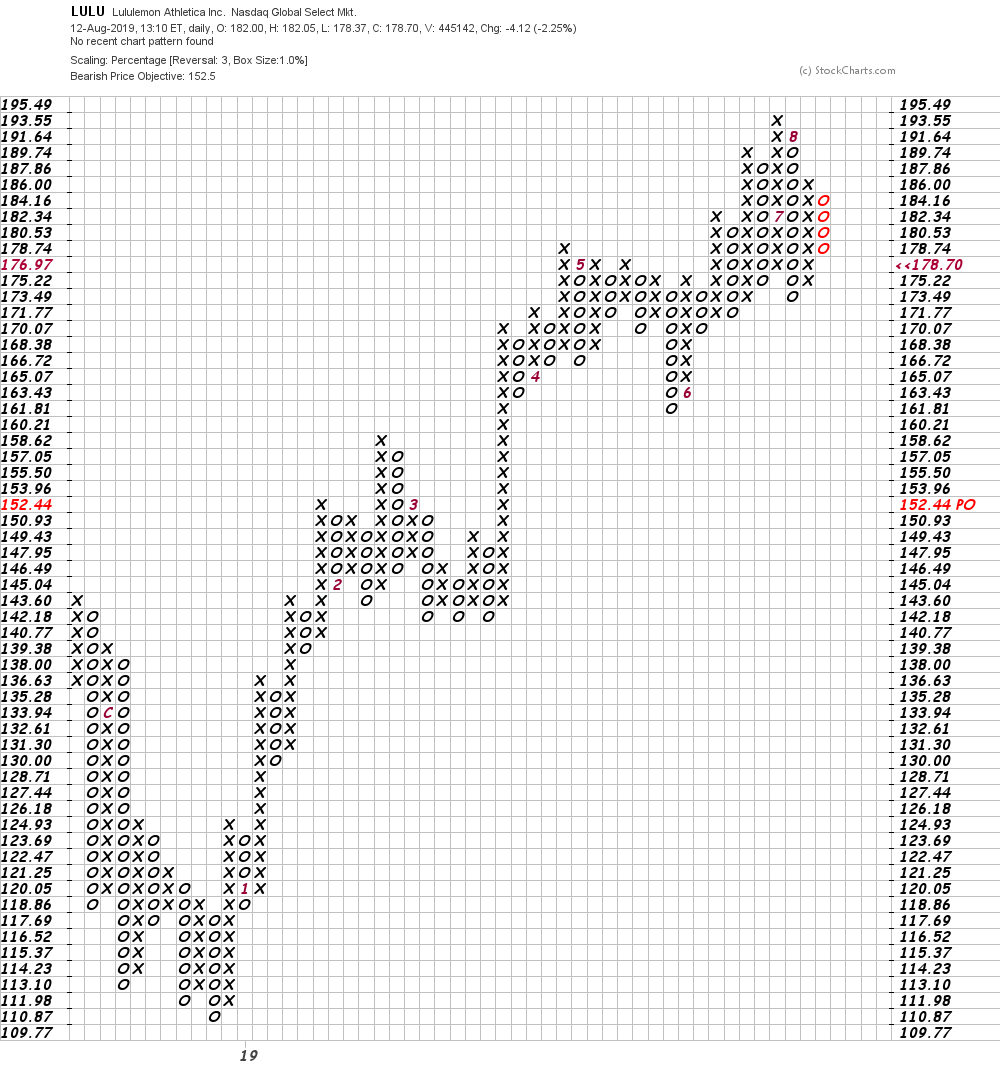 Bottom line strategy: I wouldn't stop exercising and don't go off your diet, however, you should consider reducing your long exposure to LULU.

Get an email alert each time I write an article for Real Money. Click the "+Follow" next to my byline to this article.
TAGS: Investing | Stocks | Technical Analysis | Trading | Apparel | Retail