During the fast-paced Lightning Round on Mad Money Monday night Jim Cramer said this about Lululemon Athletica (LULU) : "This is a controversial stock. I think they're doing well but everything with a high multiple is getting slammed." LULU has lost about $40 in recent weeks so a look at the charts seems in order.

In this daily bar chart of LULU, below, we can see that prices are below the declining 50-day moving average line. LULU looks like it touched the rising 200-day line today and I cannot rule out a break of the line. The daily On-Balance-Volume (OBV) line has been slowly eroding from an early October peak signaling a pick up in selling. In the lower panel is the 12-day price momentum study which is starting to show a bullish divergence from October to November. The decline has slowed a bit but it does not look impressive enough to launch a rally. Major chart support is down in the $80 area.

In this weekly bar chart of LULU, below, we can see that price are about to test the rising 40-week moving average line. The weekly OBV line has declined about two months signaling more aggressive selling. From May to September you can see that momentum slowed into the top of LULU creating a bearish divergence.

In this Point and Figure chart of LULU, below, we can see the decline. Prices have reached a downside price target but that is not a reason to buy. 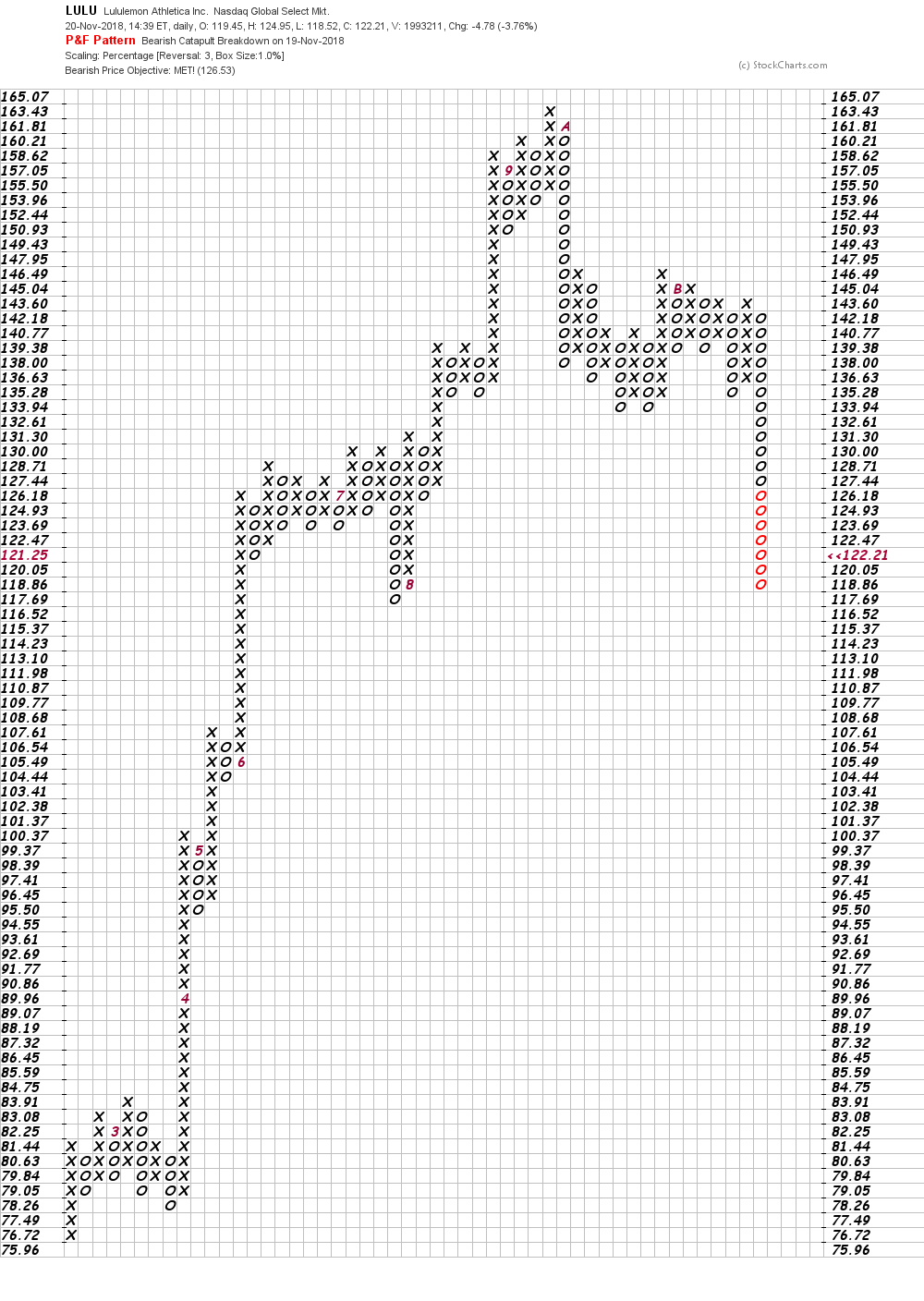 Bottom line strategy: LULU looks vulnerable to still further declines. A close below $120 breaks the 200-day average line and a close below $116 breaks a low on the Point and Figure chart. Avoid the long side of LULU.