We have written about Apple (AAPL) at some key junctures in the past weeks and months. I hope my research and comments spared you some pain here and here.

We do not get paid for looking in the rear view mirror so let's look at some new charts today and see if the worst is over.

In this daily candlestick chart of AAPL, below, we can see that AAPL made a slight new high in early October but volume did not expand and 12-day price momentum (lower panel) made a lower high than in August or September for a bearish divergence. Prices began to weaken in late October and the bear took over quickly in November.

After three months of declines we see the signs of a potential turnaround. The heavy volume in late December and early January looks like exhaustion selling. The downside price gap or window earlier this month could be an exhaustion gap because it did not start a new leg lower and it may soon be filled or closed as the Japanese say.

In this weekly candlestick chart of AAPL, below, we see two positive clues. First is the lower shadows below $150 on the candle bars for the last two weeks of December and the first week of January. A lower shadow tells you that these low prices were rejected.

In the lower panel is the weekly On-Balance-Volume (OBV) line which shows strong selling into December and now signs of stabilization.

In this Point and Figure chart of AAPL, below, we can see a "straight down" decline of "O's". A break of $139.38 or a new low on this chart would probably be bearish. Prices could recover to the $170's or so before encountering possible resistance. 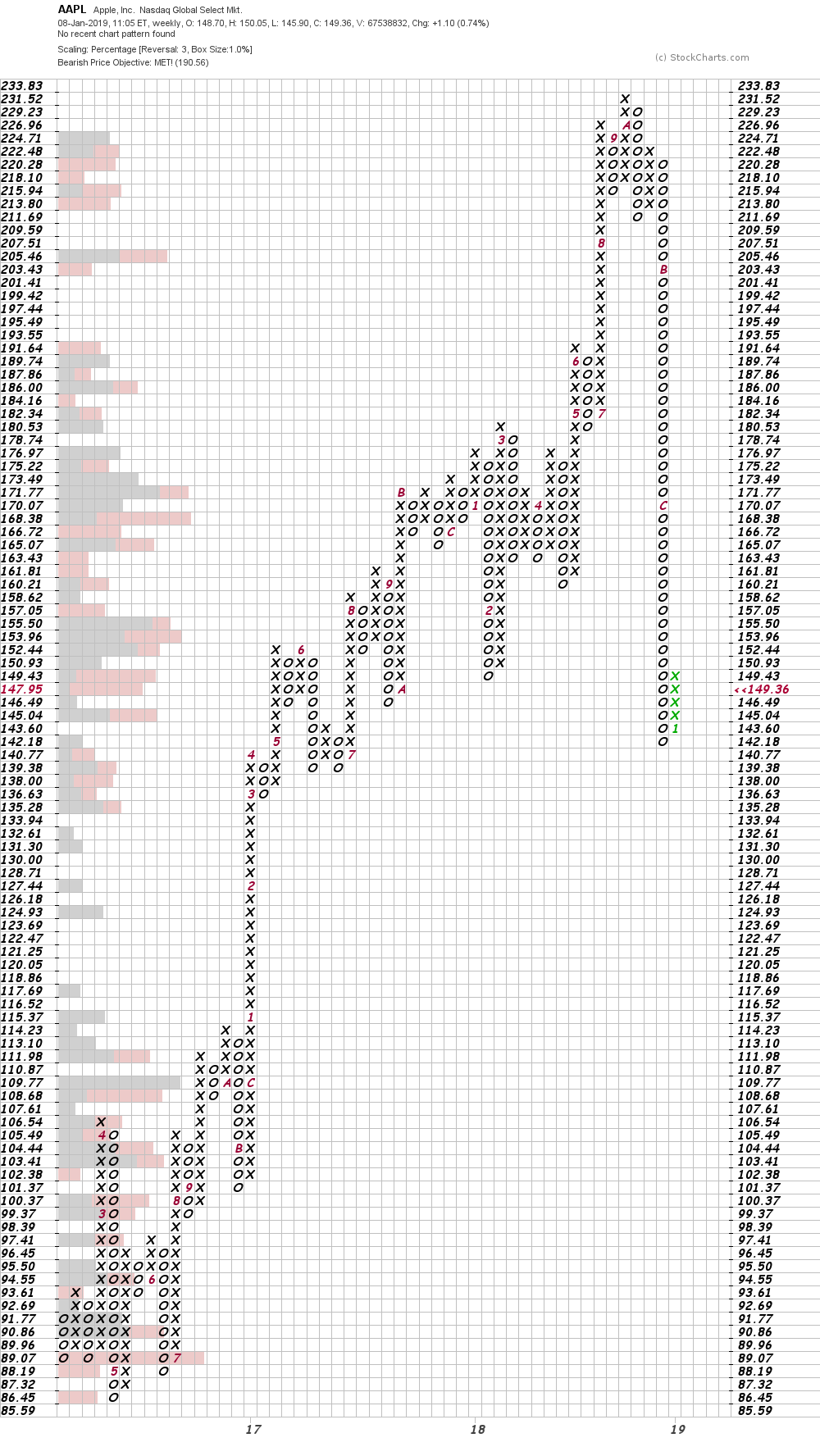 Bottom-line strategy: after the sharp selloff of the past three months, and the shift by fundamental analysts, it will be hard for people to be attracted to the long side of AAPL. Traders who are willing to risk a close below $139 could approach the long side of AAPL here and look to add above $160.

--This commentary was originally published on Real Money Jan. 8 at 2:24 p.m.

Get an email alert each time I write an article for Real Money. Click the "+Follow" next to my byline to this article.
TAGS: Investing | Stocks | Technical Analysis | Trading | Software & Services | Telecommunications | Telecom Services | Stock of the Day