Darrell said there are multi-year trends in video everywhere, eSports and work from anywhere, and the world isn't going back to the way things were. He said people want better video with better angles for their online meetings and that means webcams from Logitech. He said the education market will also be huge for Logitech as remote education ramps up for the fall.

Sales at Logitech were up 23% in the Americas and 33% in Asia, Darrell noted, and they can't wait for the return of school and sports later this year. Let's check out the charts and indicators of LOGI.

The On-Balance-Volume (OBV) line has moved up with the price action since March but it has not soared as much as prices have - a disappointment like the trading volume. 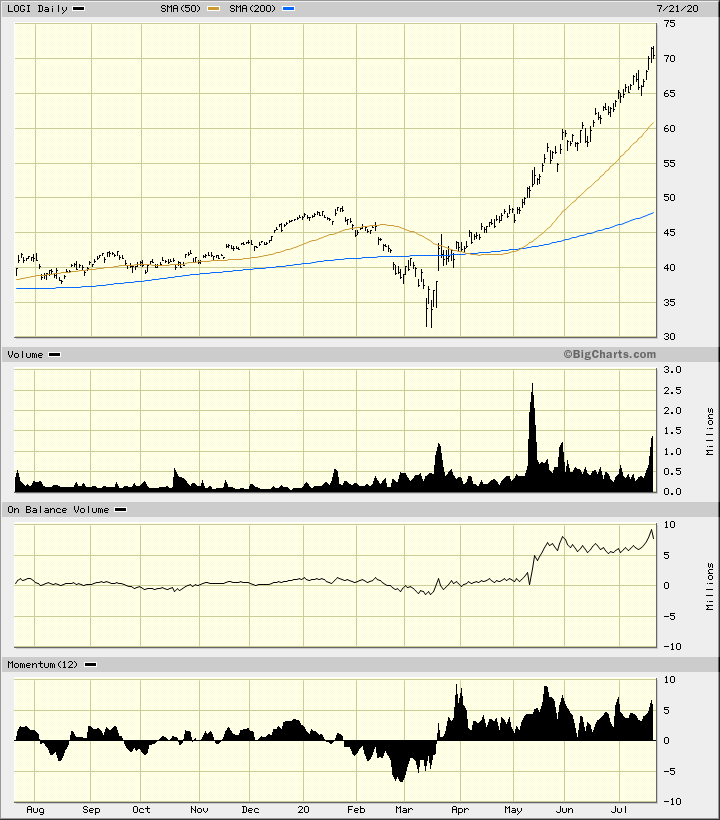 In this weekly Japanese candlestick chart of LOGI, below, we can see a long string of bullish (white) candles. The latest entry on the chart shows an upper shadow on the pattern which tells us that traders are so far rejecting the higher price. Prices are above the rising 40-week moving average line, maybe too far above it.

The weekly OBV line is in a sharp uptrend and tells us that buyers on this longer time frame have been very aggressive.

The 12-week price momentum study is positive but I am watching closely for the first lower bar that will be the first indication that the rally could be slowing. 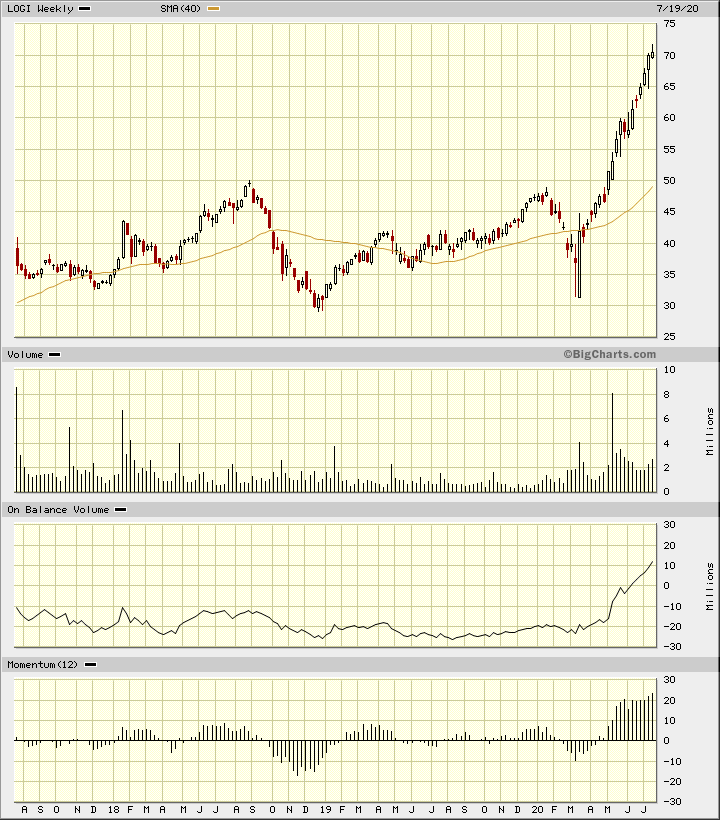 In this Point and Figure chart of LOGI, below, we can see that prices have reached a price target in the $71 area. This does not mean that prices cannot rise further but it can mean that some technically oriented traders may be taking profits. 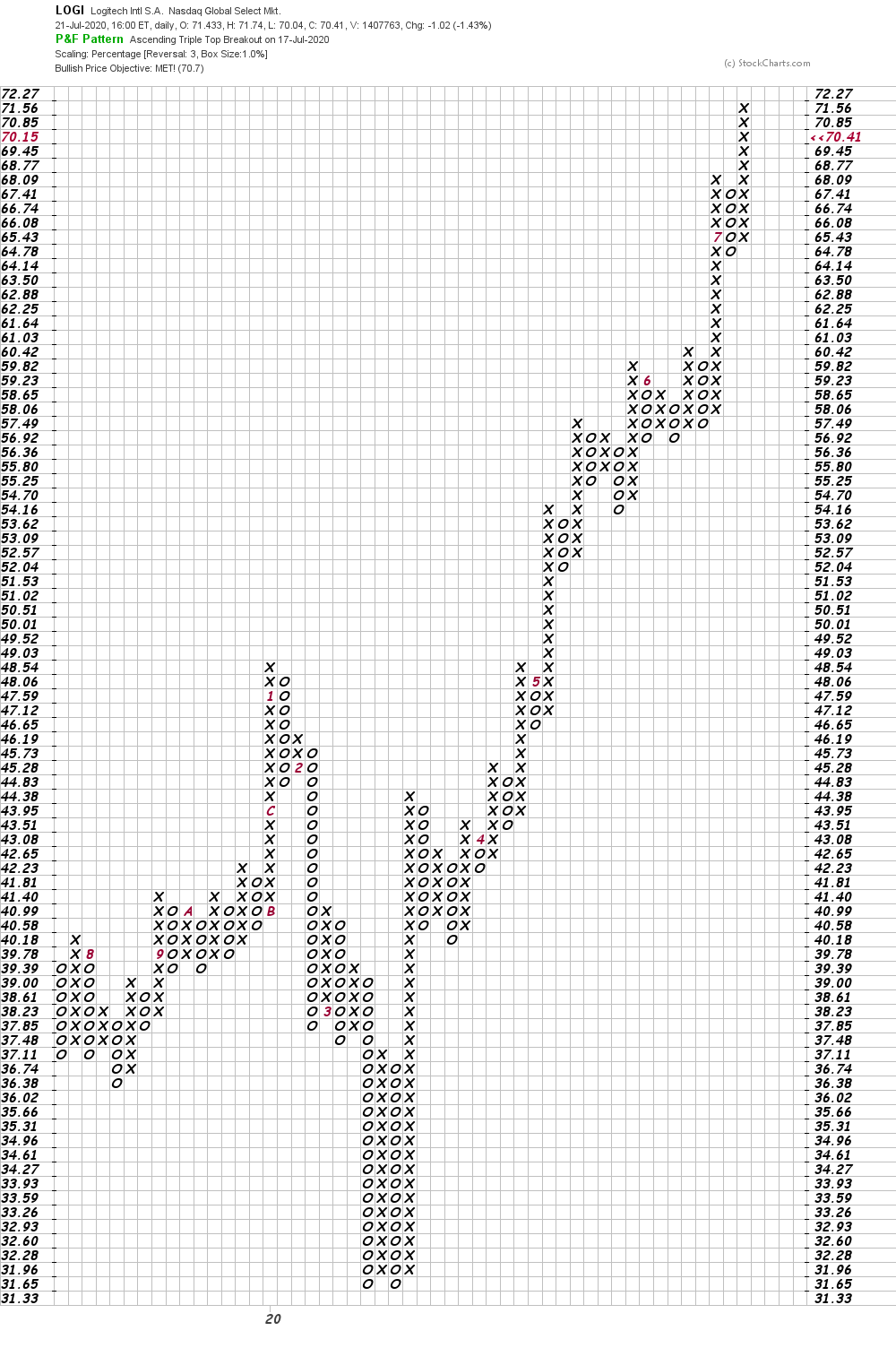 Bottom line strategy: LOGI had made an impressive rally from the March lows. We have reached an upside price target and momentum is slowing on the daily chart. Traders should consider locking in some profits here and raising stop protection on the balance to a close below $66. LOGI is not showing us a major top pattern so we may want to consider rebuying LOGI in a few weeks

Get an email alert each time I write an article for Real Money. Click the "+Follow" next to my byline to this article.
TAGS: Investing | Stocks | Technical Analysis | Trading | Technology | Mad Money | Executive Interview