On Friday night during Jim Cramer's Mad Money program, he identified another high flier this year, InMode (INMD) , which has soared about 213% this year. Cramer said he still loves this company's medical aesthetics technology that doesn't require invasive surgery. He loves that the company is profitable with accelerating revenue growth. But you can't be greedy, and should lock in some of your gains before the end of the year.

In this daily Japanese candlestick chart of INMD, below, we can see that prices have made a big rally this year running up from just $15 to over $55 in less than four months. This is the kind of gain we want to crow about at a social event. Prices have weakened in the past six weeks and are now trading below the declining 20-day moving average line and testing the rising 50-day moving average line. Chart support has developed around $40 but next support is down around $30 if prices slip lower.
The daily On-Balance-Volume (OBV) line has been declining since the middle of November and tells us that sellers of INMD have been more aggressive for around six weeks. Price momentum has been negative this month and is not showing us a bullish divergence with price.

In this Point and Figure chart of INMD, below, a bearish formation is shown with a potential downside price target around $35. 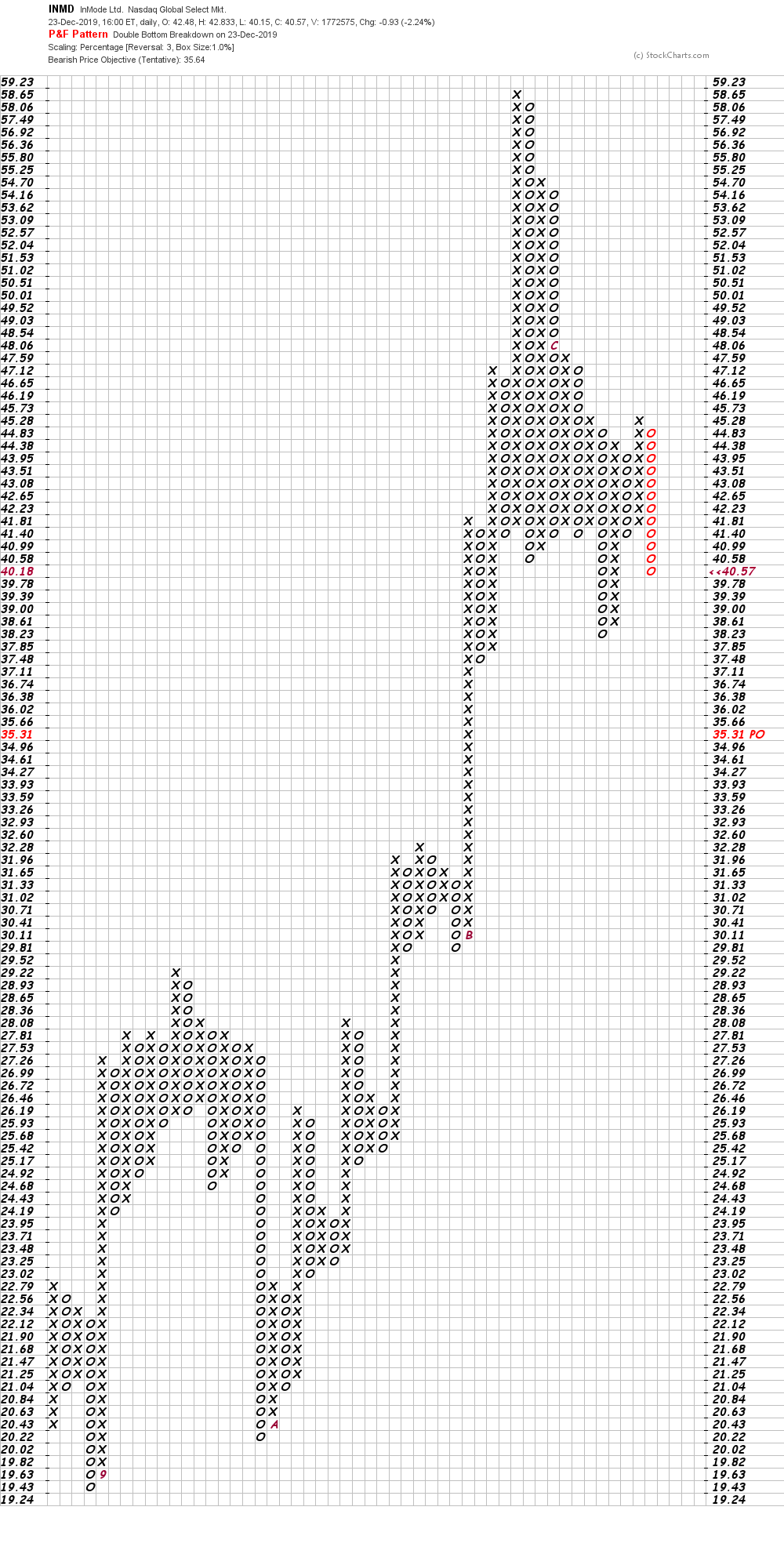 Bottom line strategy: One of the harder things to do on a big winner is to take profits. We have come to believe that this is THE stock that will make a difference and we are reluctant to sell for fear that it can and will surge still higher, and make us still richer. After trading commodities in the 1970's I know that you don't have a profit until you actually sell. Good advice in 2019.
Get an email alert each time I write an article for Real Money. Click the "+Follow" next to my byline to this article.
TAGS: Investing | Stocks | Technical Analysis | Trading | Health Care Equipment & Services | Healthcare | Mad Money