Let's take a trip down 'Memory Lane' today. Not that far, just over a year ago, in January 2018. Because that was the last time the Daily Sentiment Index (DSI) for the S&P was this high. Friday it tagged 88.

I tend to use the following parameters for this indicator: over 80 and it's a yellow flag, over 90 and it's a red flag. Is the indicator perfect? No (when you find the one that is, I do hope you will let me know!). It is also smart to remember that it has the word DAILY in its name for a reason, it's short term in nature, not intermediate term. So for example if the Investors Intelligence Bulls were over 60% -- or even over 55% -- at the same time the DSI was over 80, there would be plenty to fret over for more than short term.

On January 22, 2018 the DSI for the S&P was at 96 (green arrow on the chart). Now that is extreme (it was 4 at the recent December low, which is the absolute inverse of 96). Take a look at the chart of the Cumulative advance/decline line (breadth) from that period of time. 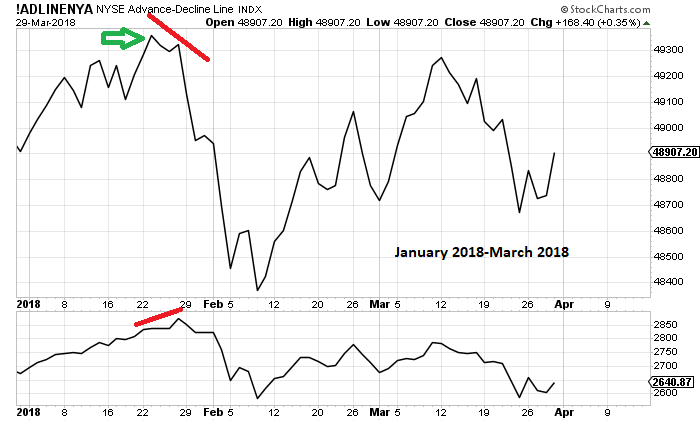 Notice over the course of the ensuing week the S&P went up more (note: even with the DSI at 96 the S&P rallied more) but breadth peaked and by the time late January came around there was a negative divergence in place. There is a reason I fuss so much over breadth.

Even the McClellan Summation Index in January 2018 was different than now. Back then it peaked the second week of January and by the time late January rolled around it was heading south, and doing so from a lower high. 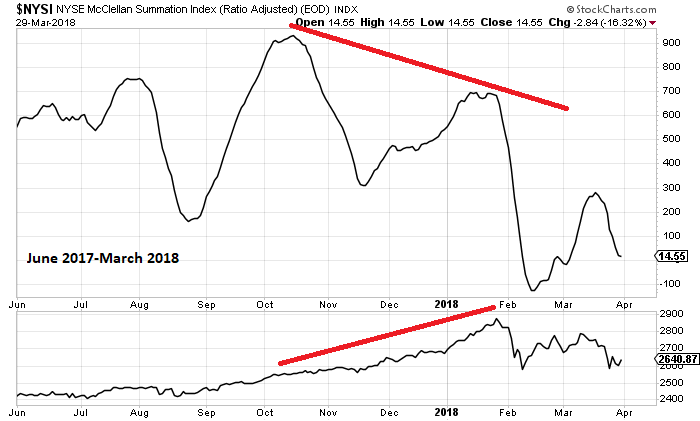 Today's market finds breadth in a somewhat similar situation as last year: making new highs. The difference is that this time the S&P is not making new highs along with it. For now breadth is leading (I consider that a positive not a negative). Should breadth falter while the S&P rallies, then we'll have a problem on our hands, as we did last year (red circle). 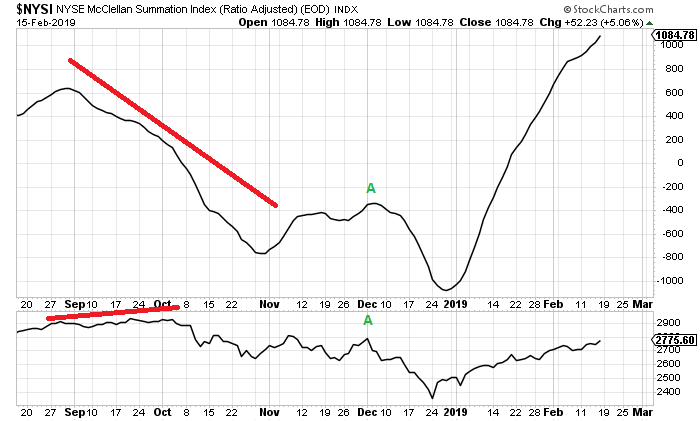 Finally the number of stocks making new highs had begun to contract in January 2018. You can see by the 22nd it was already contracting while the S&P kept on pushing upward. 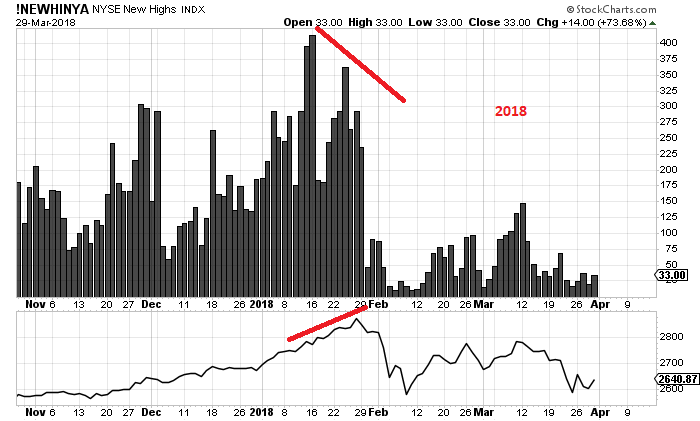 We still have fewer new highs now vs. late January. This bothers me. So far it is the only negative divergence. 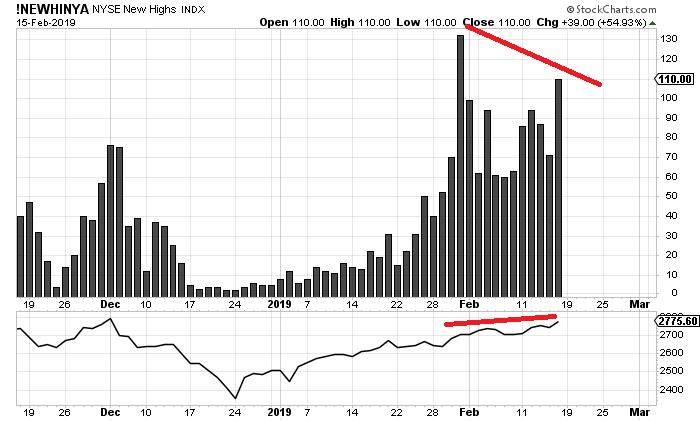 It's hard for me to be bearish when the indicators are still rising and making higher highs. It's also hard for me to be bullish with the DSI at 88. I said a week ago I thought volatility would begin to rise and thus far I was right for a day, maybe a day and a half. Then I was dead wrong. With this sentiment indicator so giddy I'd have to stick with the call for more volatility and watch how breadth does if we get a rise in volatility.

According to the charts, VEEV appears weak and prone to further declines ahead of earnings.