There seems to be growing investor interest in water oriented ETFs. Let's check out three ETFs - the Invesco S&P Global Water Index ETF (CGW) , the Ecofin Global Water ESG Fund (EBLU) , and First Trust Water ETF (FIW) to see which one we might be interested in.

In this daily bar chart of CGW, below, we can see a decline from January to June. Prices rallied to a higher high and has pulled back to hopefully a higher low in early September. Prices are trading below the declining 200-day moving average line and also below the 50-day line.
The On-Balance-Volume (OBV) line improved from a June low and retreated again into early September. The Moving Average Convergence Divergence (MACD) oscillator is below the zero line but trying to turn higher.

In this daily Point and Figure chart of CGW, we can see a potential upside price target in the $64 area. 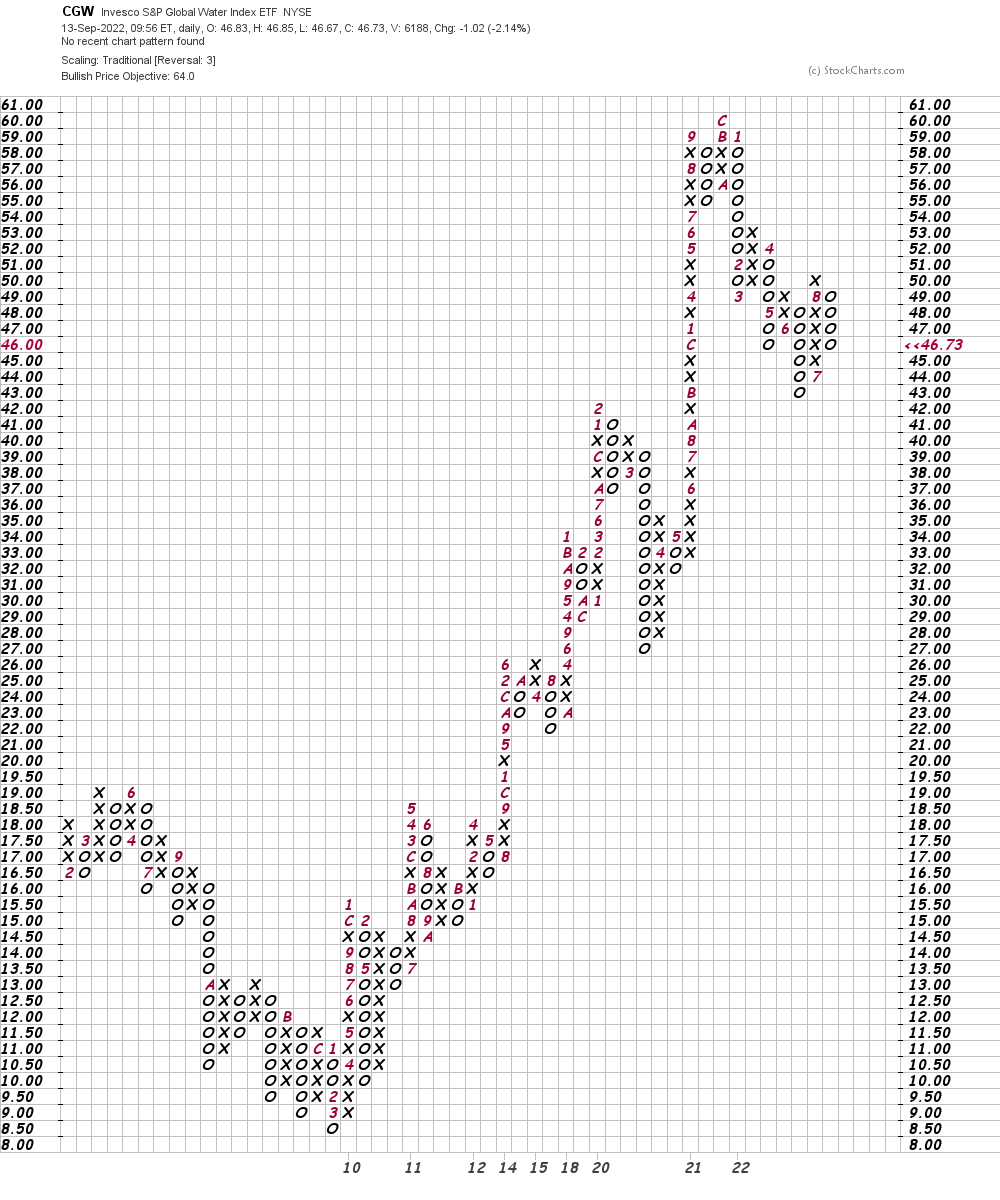 In this daily bar chart EBLU, below, we see a similar price pattern as we saw from CGW above. Prices declined to a June low followed by a rally to an August zenith and a subsequent pullback. The OBV line was distorted in early July by a huge volume surge. Trading volume is very lite and that is a problem getting in and getting out of a big position.

In this daily Point and Figure chart of EBLU, below, we can see a potential downside price target in the $33 area. 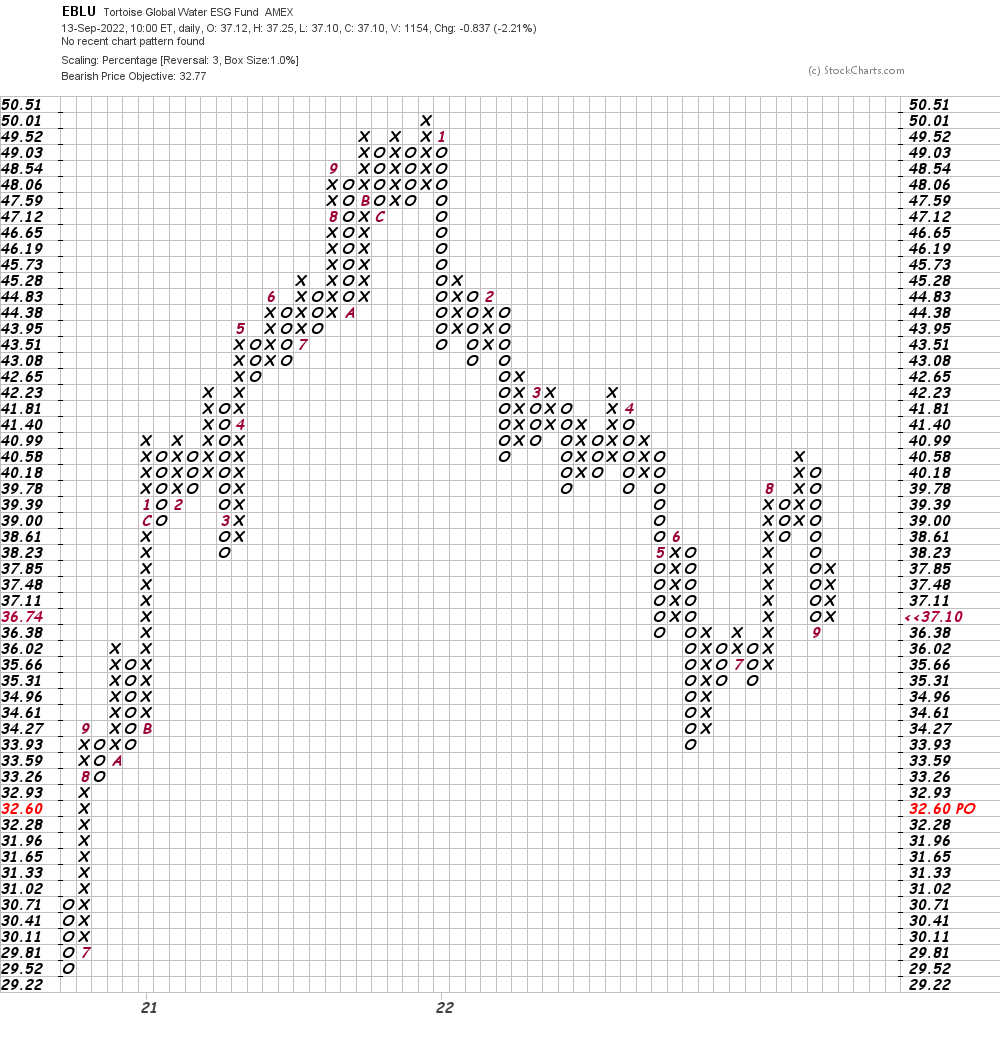 In this daily bar chart of FIW, below, we can see a more positive looking chart than the other two examples above. The rally from the June low has been much stronger and the pullback into September has been shallower. Trading volume has increased in August and the OBV line has risen from its mid-June low. The MACD oscillator is bullish.

In this daily Point and Figure chart of FIW, below, we can see a strong upside price target in the $115 area. 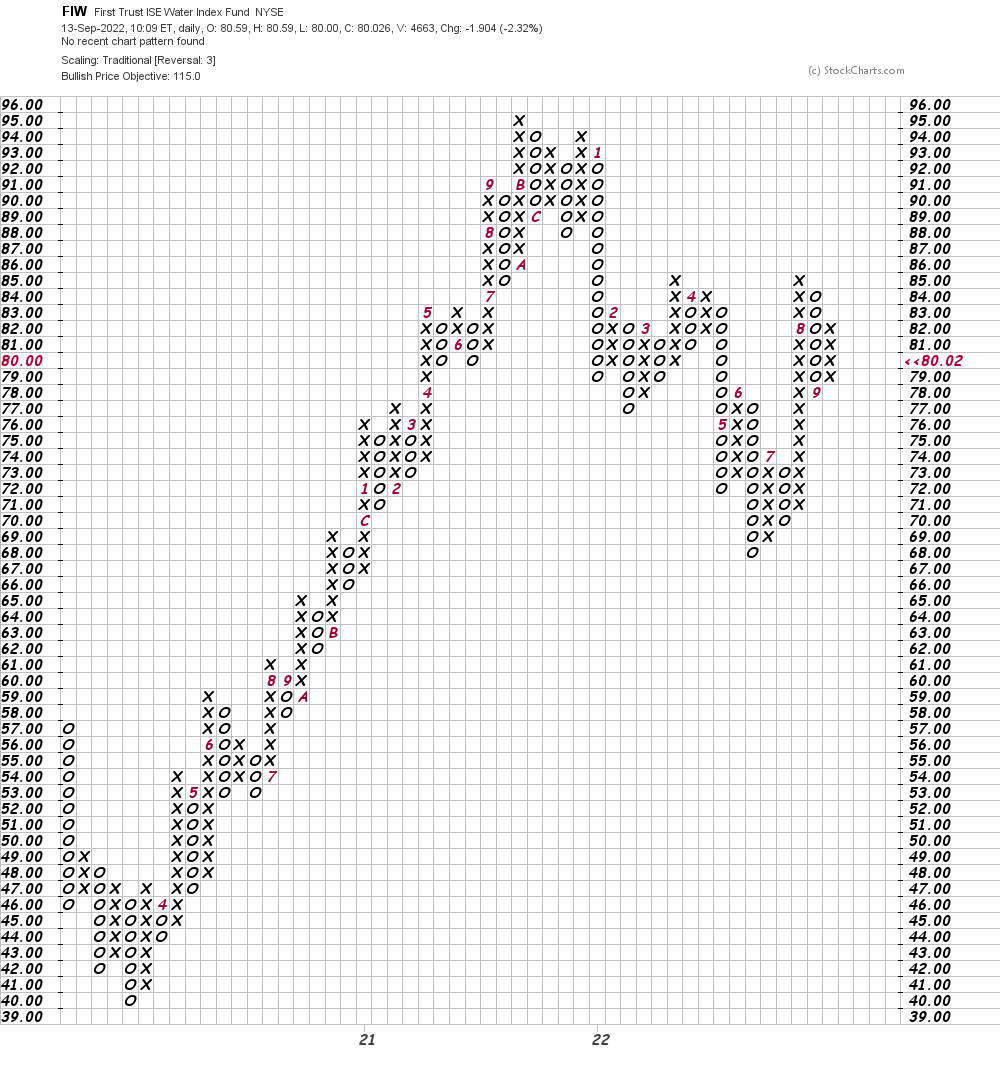 Bottom line strategy: There are other water plays out there to consider but looking at just these three ETFs we would favor FIW.
Get an email alert each time I write an article for Real Money. Click the "+Follow" next to my byline to this article.
TAGS: ETFs | Investing | Markets | Stocks | Technical Analysis | Trading | Utilities