In this daily bar chart of ATVI, below, we can see the uptrend of the past 12 months. Prices made only a modest decline from February into March. ATVI was quick to respond on the upside and reached new highs for the move up in April and further gains this month. Prices are above the rising 50-day moving average line and the rising 200-day line.

The On-Balance-Volume (OBV) line has been improving slowly since late March and tells us that buyers of ATVI have been more aggressive. The Moving Average Convergence Divergence (MACD) oscillator moved above the zero line in early April for an outright go long signal.

In this weekly bar chart of ATVI, below, we can see that prices bottomed in early 2019 and have moved higher. Prices are above the rising 40-week moving average line.

The weekly OBV line has been in an uptrend from early 2019 and tells us that buyers of ATVI have been more aggressive the past 16 months. The MACD oscillator is bullish and pointed higher.

In this daily Point and Figure chart of ATVI, below, we can see a possible upside price target in the $97 area. 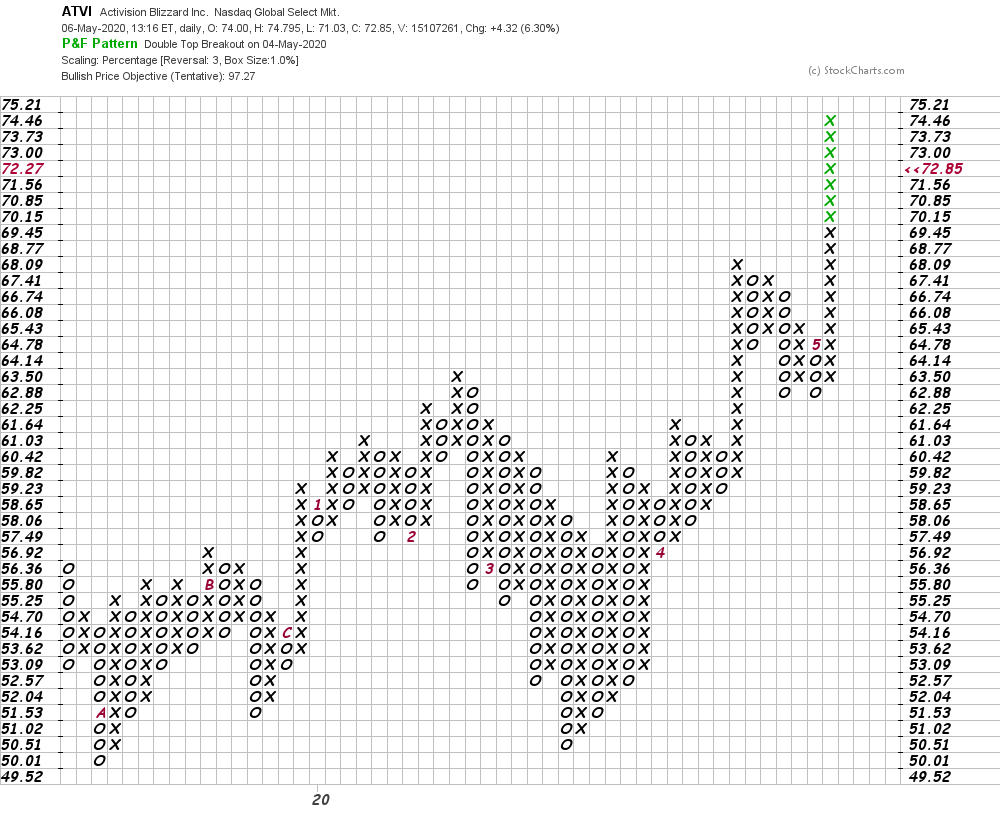 Bottom line strategy: ATVI has made a swift rally in recent days so buyers need to be patient and allow for a two or three day correction before buying. Risk a close below $68. The $97 area is our price target.

Get an email alert each time I write an article for Real Money. Click the "+Follow" next to my byline to this article.
TAGS: Investing | Stocks | Technical Analysis | Trading | Video Games | Gaming | Mad Money