On Friday night's  Mad Money program, Jim Cramer gave viewers his game plan for this week. Tuesday morning will see earnings from homebuilder Lennar (LEN) . Cramer said housing has been roaring and everyone knows it, which means there won't be any surprises from Lennar. Let's check out the charts and indicators before arranging for a virtual home tour.

In this daily bar chart of LEN, below, we can see that prices were roughly cut in half from February to the middle of March. An all-too-familiar story this year on the charts. LEN rebounded from around the $30-$25 area in the middle of March to more than double by late May. Prices have stalled at the underside of a resistance zone from January/February in the $65-$71 area.
LEN is above the slightly rising 200-day moving average line and the rising 50-day moving average line but that positioning could change quickly as the broad market corrects.
The On-Balance-Volume (OBV) line has improved from its March and April lows but the line has stalled the past two to three weeks suggesting a balance between buyers and sellers.
The Moving Average Convergence Divergence (MACD) oscillator crossed the zero line by the end of April for an outright buy signal but has since rolled over to generate a take profits sell signal.

In this weekly bar chart of LEN, below, we can see a mixed picture. Prices are above the rising 40-week moving average line but they have stopped at the underside of a resistance area and it will not take much of a decline to be back below the 40-week average.
The weekly OBV line has stalled at a retest of the February high and is not acting as a leading indicator of the price action. The MACD oscillator crossed to the upside late month for a cover shorts buy signal.

In this first Point and Figure chart of LEN, below, we used daily price data. Here the chart reads the action as distribution (selling) and is projecting a potential downside price target in the $52-$51 area. 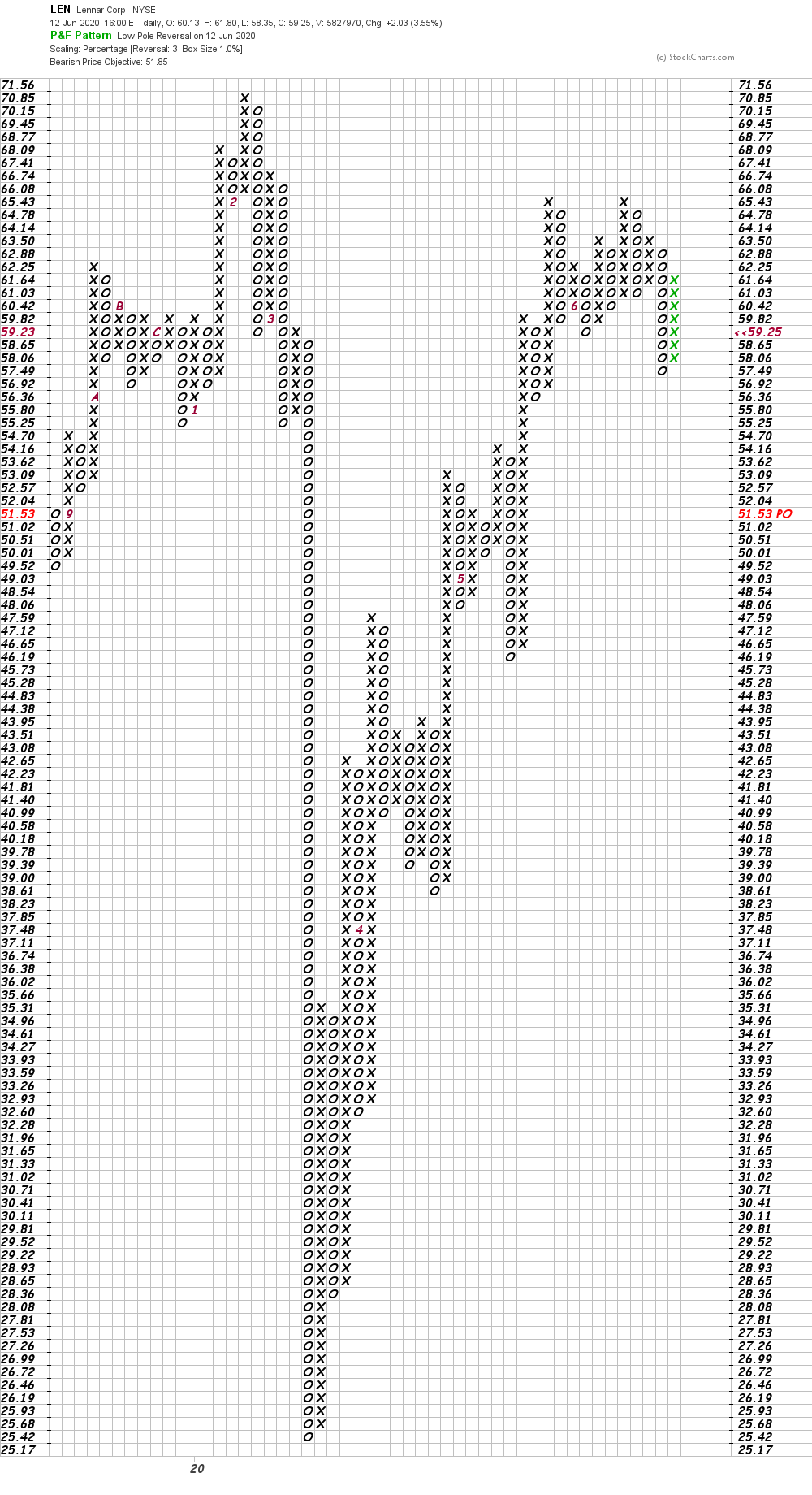 In this second Point and Figure chart of LEN, below, we used weekly price data. Here the charting software is projecting a possible $77 price target. 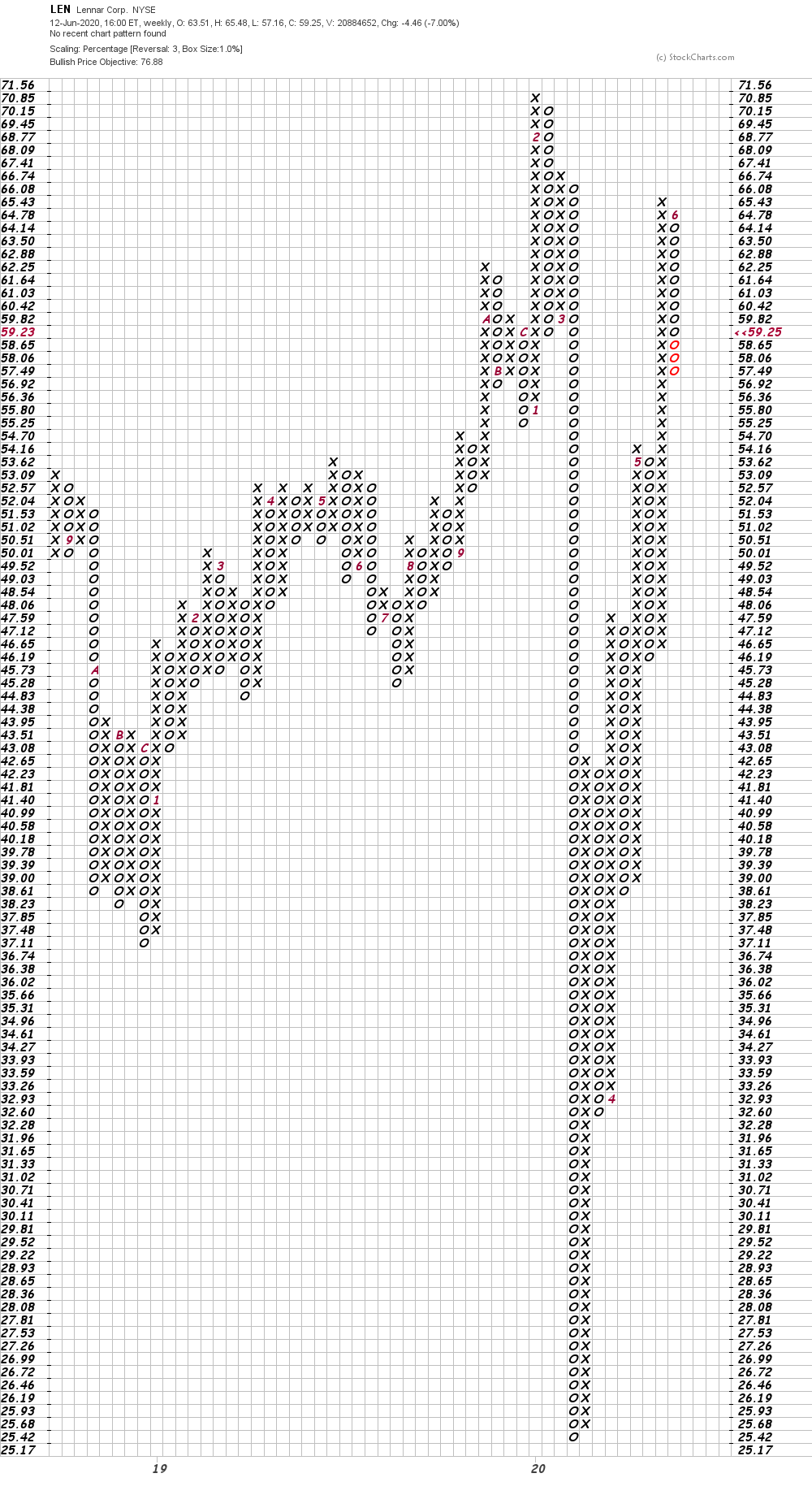 Bottom line strategy: LEN is due to report its latest quarterly earnings on Tuesday but weakness in the broad market may overshadow any positive surprise. Let LEN pullback and correct the gains from the March low. We could see the $50 area revisited and that may become a buying opportunity.
Get an email alert each time I write an article for Real Money. Click the "+Follow" next to my byline to this article.
TAGS: Economy | Investing | Markets | Stocks | Technical Analysis | Trading | Housing Market | Mad Money | Earnings Preview