Leggett & Platt (LEG)  has been in a sharp decline since early March. Jim Cramer points out in his early column on Real Money Thursday that we have a tariff of 1,731% on Chinese mattresses.

"You are a company that imports some of the $436 million in Chinese mattresses? Cut numbers -- as Leggett & Platt... won this war and can now raise prices. It's a real gauntlet. It will lead to real estimate cuts. Get used to seeing these stocks going down until something gives in trade," Cramer said.

Let's take a fresh look at the charts this morning if you had a good night's sleep on your mattress.

In this daily bar chart of LEG, below, we can see a number of rapid changes in direction. LEG made a sharp decline in September and October and then bounced in November. A retest and slight new low into late December followed by a double top by late February.

Prices have been weak the past three months including a downside price gap at the end of April with prices gapping below he declining 200-day moving average line.

The daily On-Balance-Volume (OBV) line has moved up and down with the price action.

The trend-following Moving Average Convergence Divergence (MACD) oscillator has been signaling weakness since early March and remains below the zero line in sell territory.

In this weekly chart of LEG, below, we went back four years to show the longer-term pattern of weakness. Prices are below the declining 40-week moving average line - a pattern going back to the middle of 2017.

The weekly OBV line has been in a decline for several years with only temporary rallies. The MACD oscillator just crossed below the zero line for another sell signal.

In this first daily Point and Figure chart of LEG, below, we can see that prices have declined to reach and exceed a downside price target. Support below the market looks to be minimal. 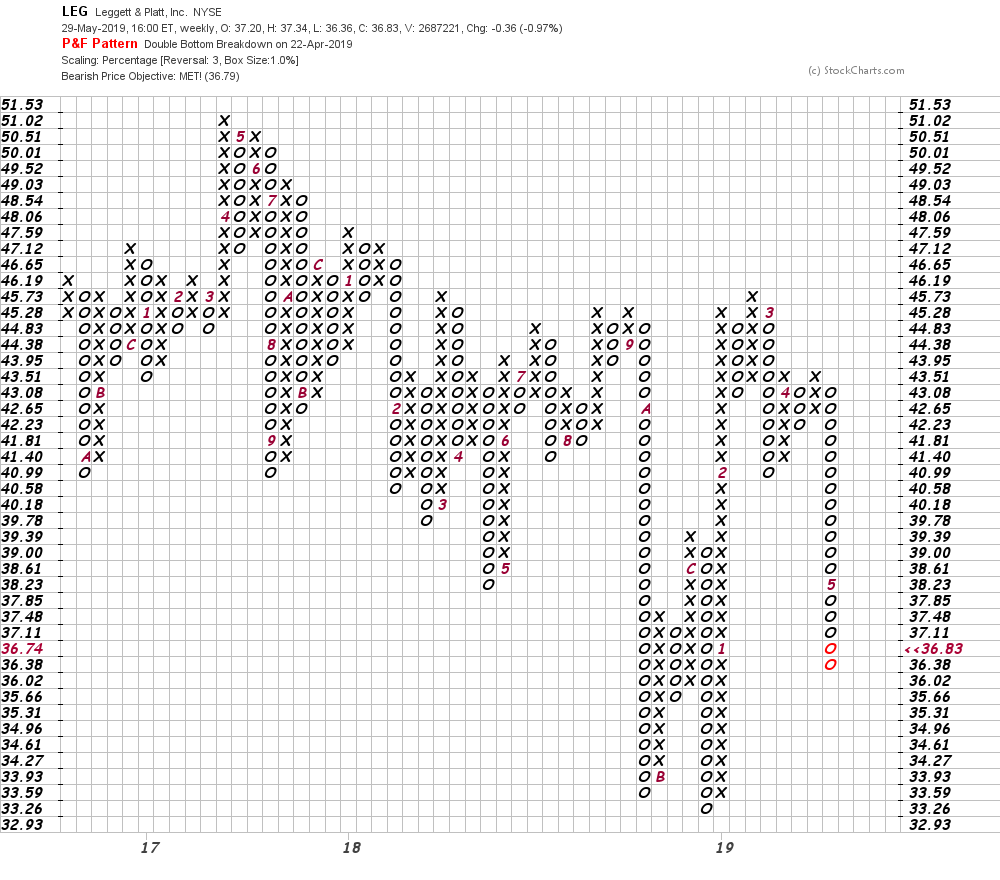 In this weekly Point and Figure chart of LEG, below, we can see more price history and the price activity looks like a major top pattern. A downside price target of $31 is being projected. 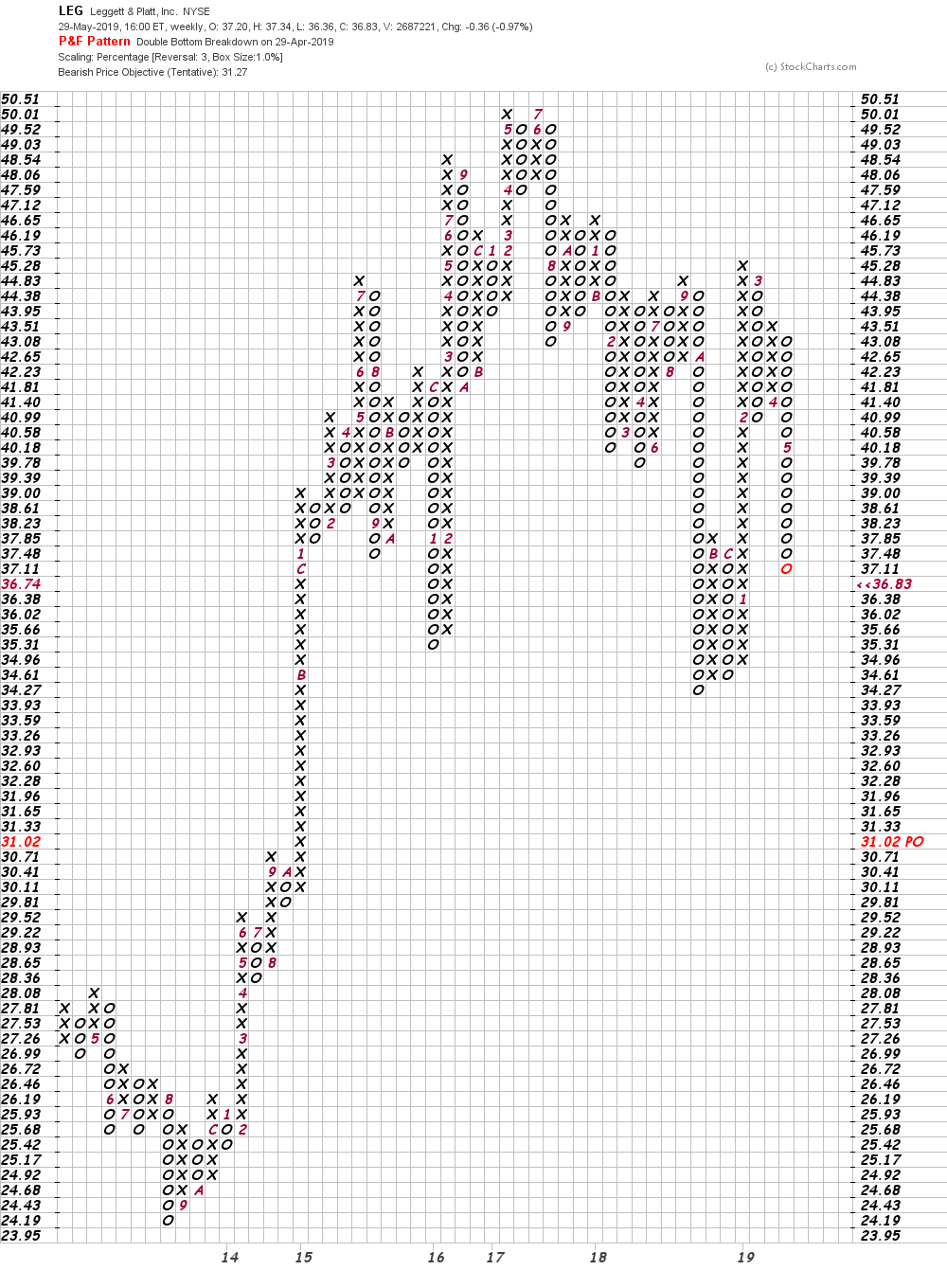 Bottom line strategy: The bears have been in control of the direction of LEG for a long time and I see no technical reason for that to change. Bounces aside, l would look for LEG to trade lower in the weeks and months ahead. The $31 area is our price target.

Get an email alert each time I write an article for Real Money. Click the "+Follow" next to my byline to this article.
TAGS: Investing | Markets | Stocks | Technical Analysis | Trading | Household Products | China | Consumer Discretionary