Here's what Jim Cramer had to say about one of the stocks that callers offered up during the Mad Money "Lightning Round" Tuesday evening: Kimberly-Clark (KMB) : "I'm concerned. That was not a good quarter. That was a bad quarter," was Cramer's reply.

Let's check out the charts of KMB.
In this daily Japanese candlestick chart of KMB, below, we can see that prices have been under selling pressure since August. KMB made a low in late February/early March but that low may not hold as I am not seeing any lower shadows in the $130-$128 area. Lower shadows would tell us that traders are rejecting the lows. The slopes of the 50-day and 200-day moving averages are negative.
The On-Balance-Volume (OBV) line has been weak since August and tells us that sellers of KMB have been more aggressive for several months now. The Moving Average Convergence Divergence (MACD) oscillator is bearish.

In this weekly Japanese candlestick chart of KMB, below, we see a bearish picture. Prices look like they have formed a large topping pattern going back to the middle of 2019. A top pattern of this size suggests we could see a significant decline in the months ahead. KMB is trading below the declining 40-week moving average line.
The weekly OBV line has been in a downtrend since August. The MACD oscillator is bearish and pointed lower.

In this daily Point and Figure chart of KMB, below, we can see a potential downside price target in the $116 area. 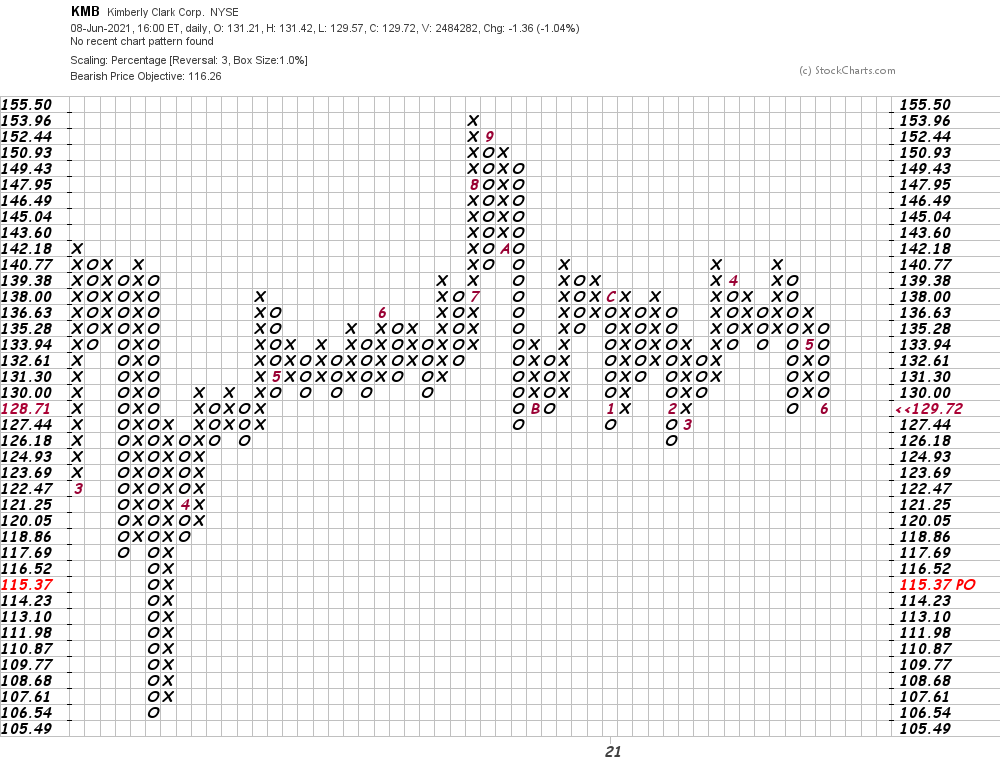 In this weekly Point and Figure chart of KMB, below, we again see the $116 area as a target. 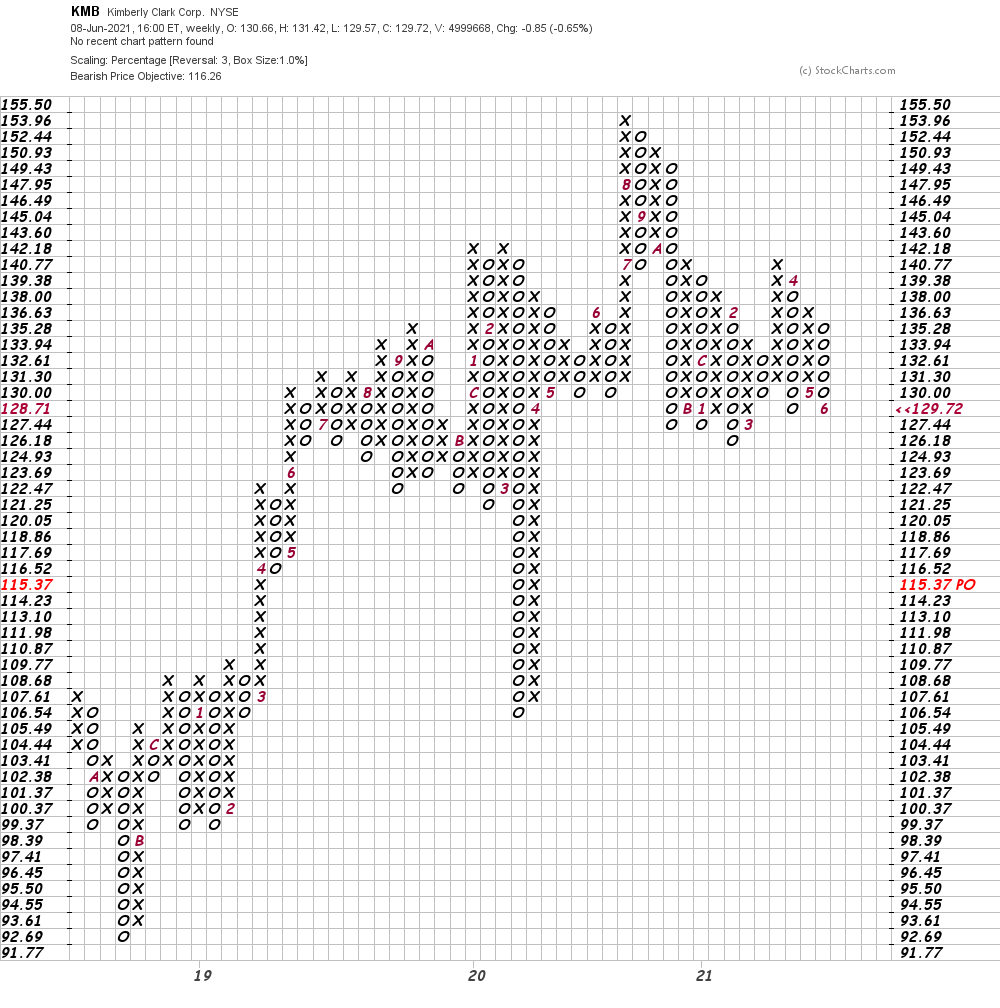 Bottom line strategy: The charts and indicators of KMB are bearish and pointed lower. Avoid the long side of this iconic brand.
Get an email alert each time I write an article for Real Money. Click the "+Follow" next to my byline to this article.
TAGS: Investing | Stocks | Technical Analysis | Trading | Household Products | Paper/Forest Products | Mad Money | Consumer Products