Rodriguez said he's seeing some indications that the economy has bottomed and is getting a general feeling that the worst is now behind us. This downturn was much worse than ones we've seen in the past, he said, both in magnitude and speed.

When asked about the criticism surrounding the government's handling of small business relief, Rodriguez noted that ADP is ready to help in any way they can.

Let's check out the charts of ADP.

The daily On-Balance-Volume (OBV) declined from February into March as selling was more aggressive but the indicator has been improving in recent weeks.

The trend-following Moving Average Convergence Divergence (MACD) oscillator has improved from its lows but still remains below the zero line.

In this weekly bar chart of ADP, below, we can see that the price weakness this year gave back the bulk of the gains of the past three years. Prices have come off their worst levels but still remain below the declining 40-week moving average line.

The weekly OBV line has been weakening the past three months and the MACD oscillator has been narrowing but is still not near a bullish crossover.

In this daily Point and Figure chart of ADP, below, we can see that the software is projecting a potential upside price target in the $167 area. 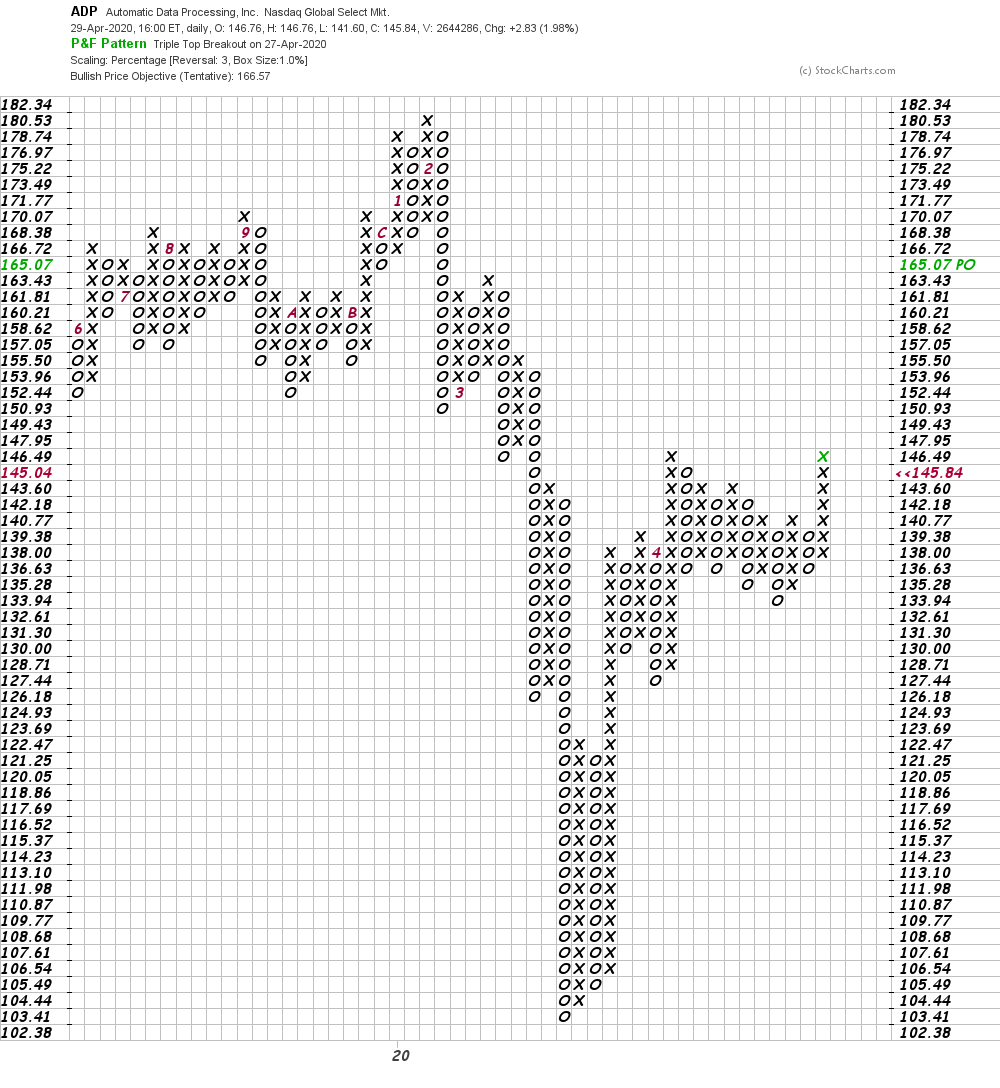 Bottom line strategy: Traders looking to go long ADP should try to buy it closer to $140 and then risk below $130.

Get an email alert each time I write an article for Real Money. Click the "+Follow" next to my byline to this article.
TAGS: Earnings | Economy | Investing | Stocks | Technical Analysis | Trading | Financial Services | Mad Money | Executive Interview