Stoecker said Alteryx offers code-free and code-friendly methods for users to perform their own analytics. He said for many, the spreadsheet still remains the preferred tool for analyzing data, but that people cannot process millions or hundreds of millions of rows of data with a spreadsheet, unlike with Alteryx.

Companies, sports teams in the NFL and casinos use Alteryx for its predictive modeling tools and other offerings, he said.

When asked about the falling stock price, Stoecker said he's not worried, as the company's long-term outlook remains strong. When I looked at the charts of AYX in late August, however, I was concerned as the daily bar chart was starting to show weakness. At the time, I said that buyers "could remain patient and consider the $100 area as a potential purchase area, perhaps in the month of October when I anticipate the broad market could bottom." Let's what the charts look like now.

The Moving Average Convergence Divergence (MACD) oscillator has crossed to the downside for a take profits sell signal.

In this weekly bar chart of AYX, below, we can see that prices have a parabolic run from early 2017 and got extended above the rising 40-week moving average line. The weekly OBV line has peaked and the MACD oscillator is close to a take-profits sell signal. 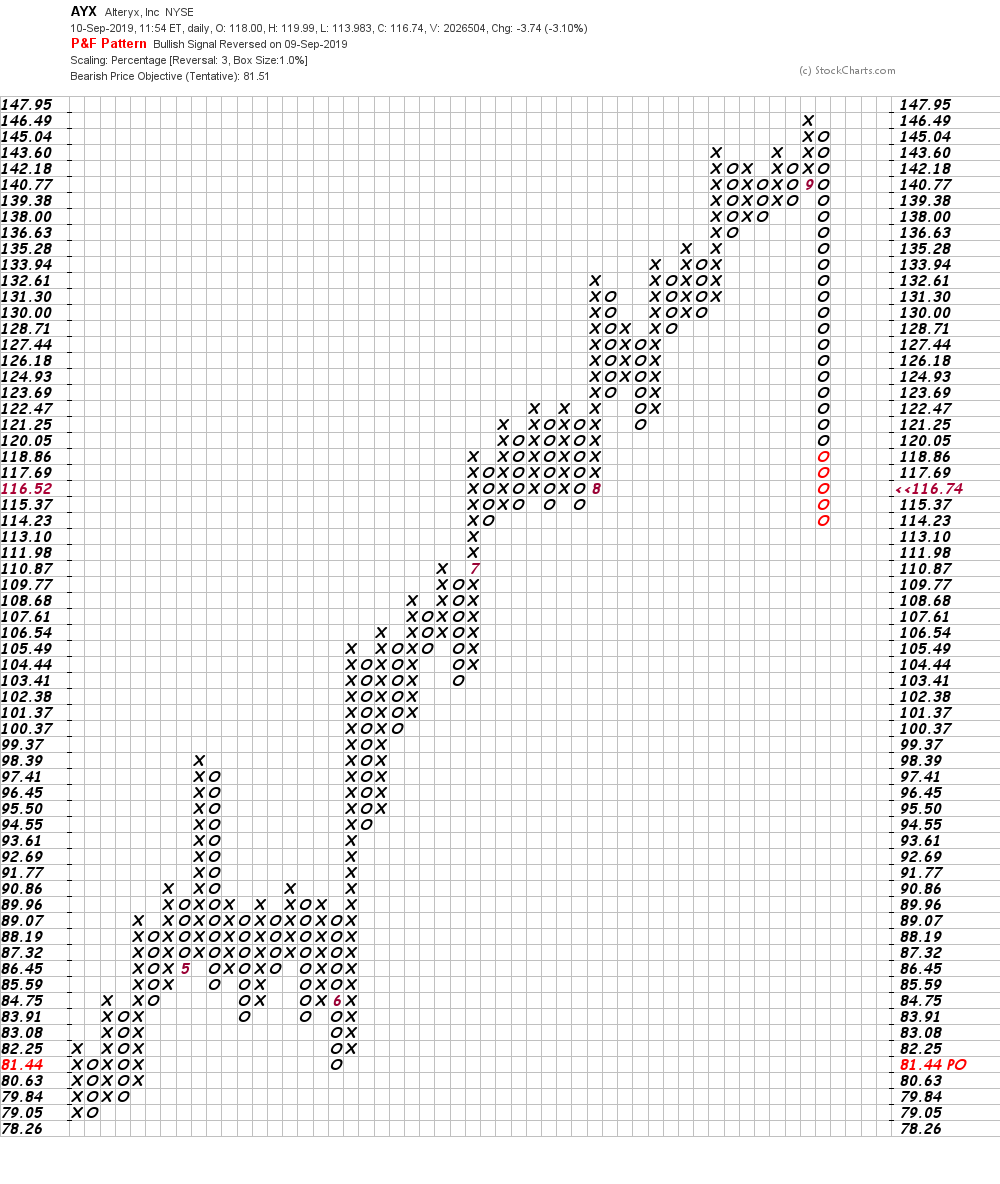 Get an email alert each time I write an article for Real Money. Click the "+Follow" next to my byline to this article.
TAGS: Investing | Technical Analysis | Fintech | Software & Services | E-Commerce | Mad Money | Executive Interview