Yes, there were more announcements this week regarding an escalation in fiscal spending. This time in the form of a $1.8 trillion program to aid families and children.

I touched on the monetary and fiscal largesse in Tuesday morning's column, "A Contagious Idea and Belief in A New Paradigm is Spreading Amid Our Markets."

But it's a bad meme.

The large doses of monetary and fiscal stimulation have intoxicated the majority of market players. 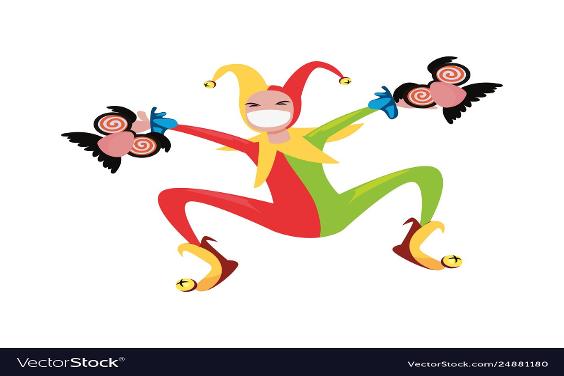 "I gotta go to college."

I guess one has to ask if printing and spending money was so easy, and without adverse economic and market ramifications, why haven't the Fed and prior Administrations simply printed and spent throughout the last century?

The answer is obvious: there are adverse outcomes that come from undisciplined policy.

And it could, as he suggests, result in a Zimbabwe-like rise in the value of financial assets, destroying all short-sellers in a "nothing is too high market."

That said, like the article referenced above, a new paradigm (of a long boom) expressed during the dot.com boom, things did not work out well and there was no paradigm shift as the Nasdaq dropped by almost 80% in the early 2000s and the domestic economic boom stumbled.

So, I am not too afraid to short certain stocks and I am highly certain that the market will fall from grace against the background of undisciplined monetary and fiscal policies.

The question is not if but when things blow up.

You just have to be very disciplined in the near term if you are shorting. But eventually, things will likely run out of gas -- just like the speculative gewgaws (e.g., SPACs) have in the last 45 days.

Is this Russia? This isn't Russia. Or Zimbabwe.

(This commentary originally appeared on Real Money Pro on April 28. Click here to learn about this dynamic market information service for active traders and to receive Doug Kass's Daily Diary and columns from Paul Price, Bret Jensen and others.)

Get an email alert each time I write an article for Real Money. Click the "+Follow" next to my byline to this article.
TAGS: Short-selling | Economy | Federal Reserve | Investing | Markets | Politics | Stocks | Trading

Will Shares of Sonos Be Music to Investors' Ears?

There are enough sell signals on the charts to warn buyers.

Where Does the Market Stand After Thursday's Rally?

Two of the sentiment indicators moved in opposite directions.

Until signs of inflation start to ebb, I will remain cautious within my portfolio.